GRAYSON — A Grayson Valley man is being held in the Jefferson County Jail following a Sunday incident in which the man is accused of firing shots at deputies.

According to the Jefferson County Sheriff’s Office, Justin O’Neal McCurdy, 31, was arrested after deputies responded to a call regarding a domestic violence situation at the 1500 block of Wilderness Lane in Grayson Valley late Sunday night.

Deputies said in a press release that when deputies arrived at the home, McCurdy met with authorities on the front porch with a handgun. He then shot the gun into the air and then at the deputies, according to the press release. 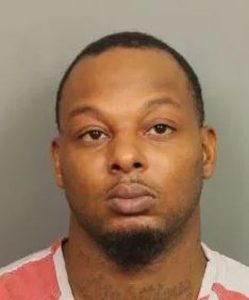 Deputies did not return fire because there were children in the residence. However, deputies said McCurdy continued to fire the weapon even after he retreated back inside the home. A window was shot out during the incident.

McCurdy subsequently surrendered after back-up arrived. No one was hurt.

McCurdy is now charged with two counts of attempted murder and a count of illegally possessing a firearm. He is being held without bond.