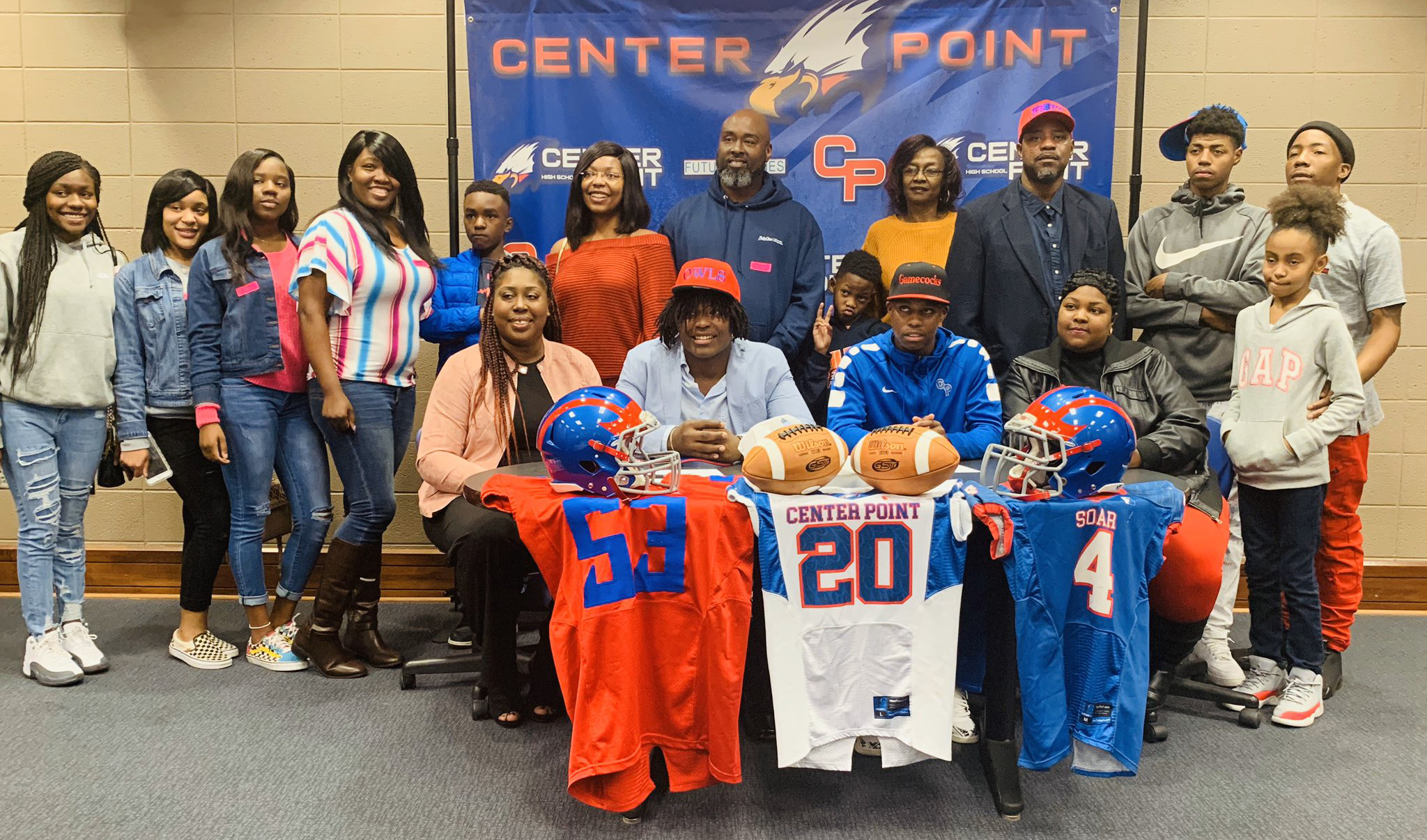 CENTER POINT — The growth of the Center Point football team was on display Wednesday as two Eagles signed their intention to play football in the college ranks. 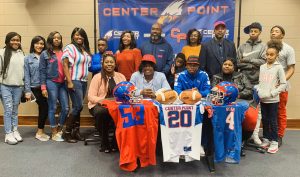 The 6-foot-2, 280-pound lineman was a force for a Center Point defense that was the second-best unit in Class 5A, Region 5. Hawthorne finished the 2019 season with 65 tackles, 5 sacks, 11 tackles for a loss, 3 forced fumbles and 3 fumble recoveries. Hawthorne chose the Owls over Tulane, Jacksonville State and Eastern Kentucky.

The Eagles advanced into the quarterfinals behind a stout defense that held their first two playoff opponents to just 23 total points.

The 5-foot-11 receiver was a dynamic player for the Eagles this season. His presence across the offense provided a boost for an Eagles team built around athleticism. As such, the senior recorded 204 passing yards with 2 touchdowns, rushed for 674 yards on 98 carries with 9 touchdowns, and he also caught 42 passes for 686 yards with 5 touchdowns.

Jones is ranked as the No. 31 player in Alabama, according to Rivals. He signed with JSU despite offers from Georgia, Kentucky, LSU, Louisville, Memphis, Ole Miss, South Alabama, Southern Miss, Troy, Tulane, UAB and UCLA. 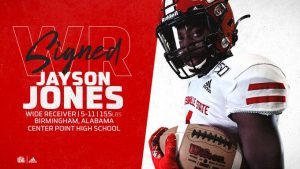 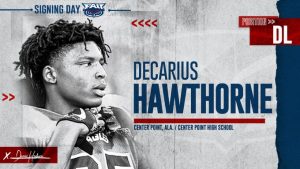