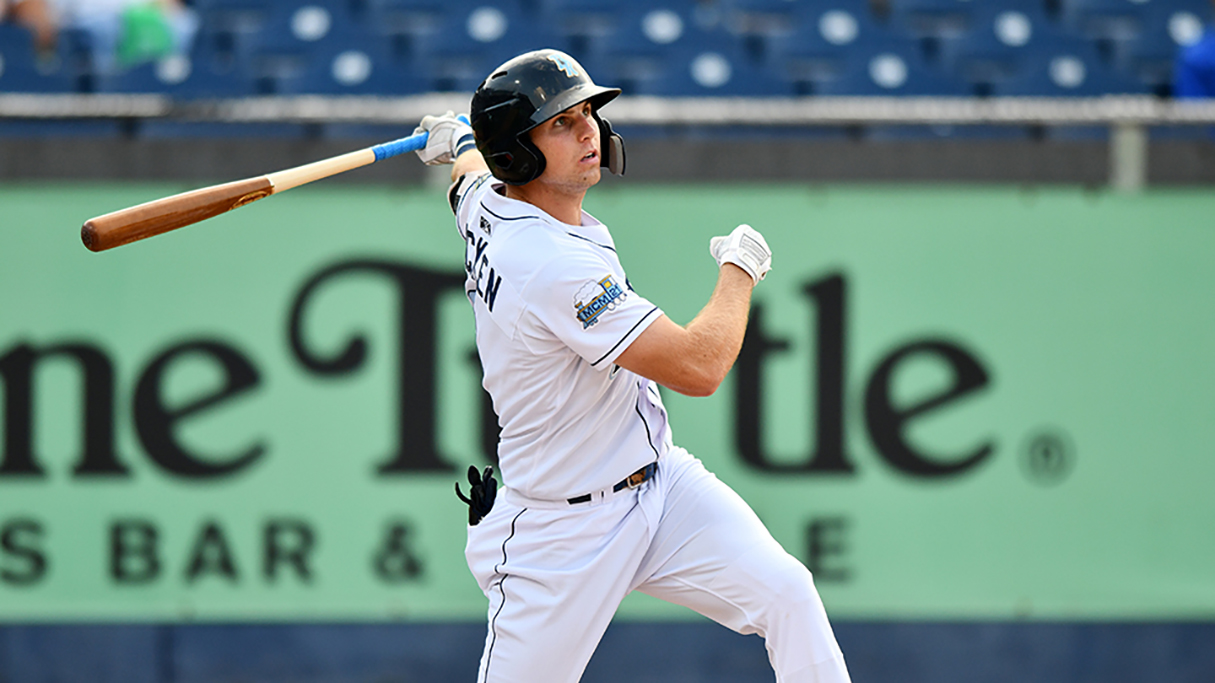 BIRMINGHAM — Those interested in molding their game behind the expertise of major league baseball players will soon have their chance as Kansas City Royals prospect Brewer Hicklen and former Hewitt-Trussville Alabama Baseball Player of the Year Tyler Tolbert will host a youth baseball camp at Spain Park on Jan. 11, 2019.

The camp will be filled with some of the best youth players in Alabama. Those players will have the chance to train with pitchers and position players with MLB experience.

The Birmingham Brewer Hicklen Youth Baseball Camp will include:

The camp will be split between two age groups: players aged between 6-12 will participate in the morning session, and players aged between 13-18 will participate in the afternoon session. The first session runs from 8 a.m. to 12:30 p.m. and the second session runs from 12:30 p.m. to 5 p.m. The price for either session is $75; however, you can use the code, trussville10, to get $10 off from now until Christmas.

All campers should bring their appropriate baseball equipment such as bats, helmet and gloves to the field. 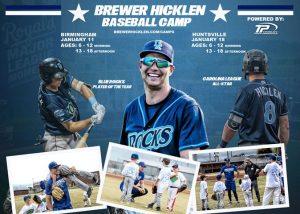 Hicklen, a Huntsville native, currently plays outfield for the Class A Wilmington Blue Rocks. Hicklen was named a 2019 MiLB Organizational All-Star after wrapping this past season within the top 10 in the Carolina League in batting average, slugging percentage, on-base percentage, OPS, triples, runs scored, walks and stolen bases. He finished the year leading the Rocks with a .263 batting average, with a team-leading 14 home runs and drove in 51 runs while stealing a career-high 39 bases.

Tolbert, now of the Rookie Advanced Idaho Falls Chukars, is in his first season within the grinder that is the minor leagues. In nine games with the Chukars, Tolbert averaged .362 at the plate with 13 hits and two stolen bases.

At UAB, Tolbert stole 41 bases, which ranked him fifth nationally. He also ranks inside the top 10 for stolen bases at UAB with 76. In his career at UAB, Tolbert started 131 games, recorded 110 hits and scored 82 runs.