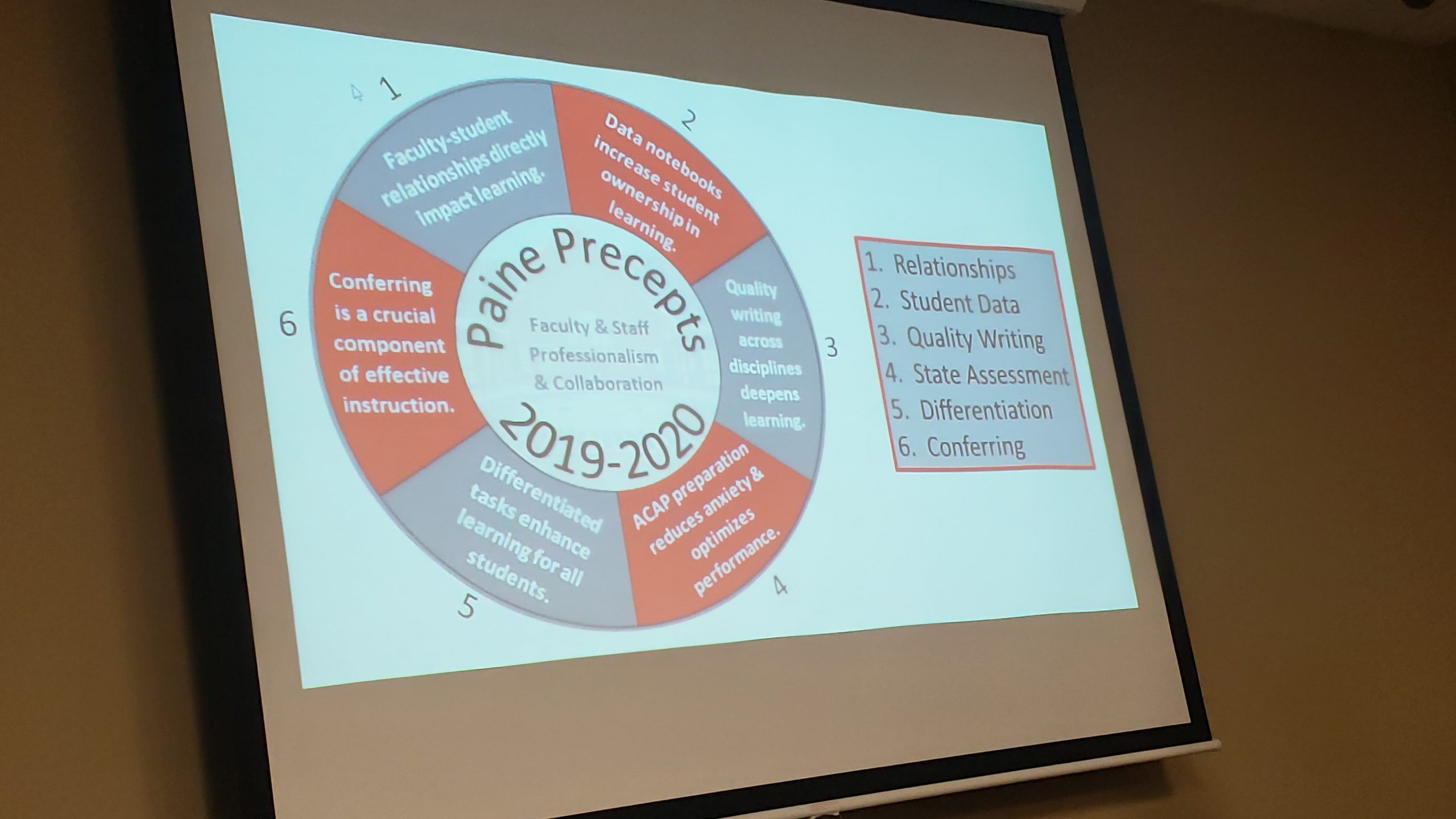 TRUSSVILLE — The Trussville City School Board met on Monday, Dec. 16, and discussed several positive things happening within the school system, during its workshop session.

Trussville Mayor Buddy Choat spoke during the session about his 2040 plan. He said the city is watching the population growth within the school system and is continuing to plan ahead. Choat said he has three goals concerning education in the 2040 plan.

Choat said he and Superintendent Dr. Pattie Neill have been in talks with Jefferson State Community College about opportunities.

Former school board member Bill Roberts announced a new scholarship program. The Bill and Liz Roberts Character Scholarship will be presented to a student with outstanding character. Roberts said this is important because he wants to award students for more than their grade-point-average or ACT score.

“I’m excited about us doing it,” Roberts said. “From a selfish standpoint, this school thing is the 10th chapter of my book that I’m not going to write; this has been a good one.”

Dr. Neill thanked Roberts for his years of dedication to education.

“You have many legacies, and this will be one of your best,” said Neill.

The school system discussed recent numbers sent from the University of Alabama and Auburn University. All Hewitt-Trussville graduates at both schools have excelled in Biology, Chemistry and English. In fact, Trussville students’ GPA’s in those subjects were mostly above average when compared to GPA’s of all freshmen students. Math was the only subject where Trussville graduates showed below-average scores.

Mandi Logan, Assistant Superintendent of Student Support Services, gave an update on Neighborhood Bridges. Logan said the program has been extremely successful and all needs are being met.

“Anything I put out there, it just gets eaten up and not by just one person,” said Logan.

Logan said there is a new option where charitable givers can donate cash to those in need.

Logan also announced an agreement with the YMCA Summer Day Camp. The Y no longer has enough room for children and they will be renting some school facilities.

Paine Elementary Principal Dr. Lisa Lothspeich updated the board on successful programs at the school.

“We’re growing by leaps and bounds,” said Lothspeich. “We now have 1,214 students and more are coming in January.”

The school is in its second year of a two-year plan. The first year focused on differentiation and this year is focused on rigor.

The school has been celebrating students with shout-outs, assemblies and the Paine Pride Wall. There have also been community programs including the Fall Festival, a Veterans Day program, music programs and STEM Night. Lothspeich also said an All-Pro Dad’s Monthly Breakfast and the Paine Parent Blog has fostered communication between the school system and parents.