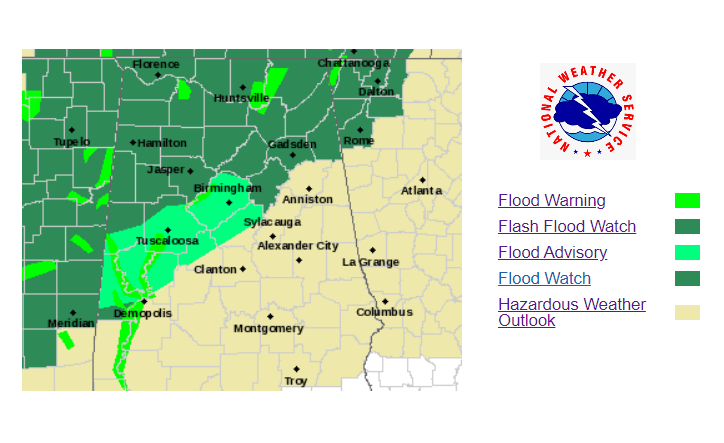 BIRMINGHAM — The National Weather Service in Birmingham has issued a hazardous weather outlook as well as a flood advisory for much of central Alabama.

The National Weather Service expects 1-4 inches of rainfall in parts of the region. Flooding of low-lying areas and areas with poor drainage is possible.

A Hazardous Weather Outlook was also issued for the counties served by the National Weather Service Office in Birmingham, including Jefferson and St. Clair counties. Along with rainfall, strong to severe thunderstorms are possible across western and central portions of the state, from 4 p.m. – 10 p.m. Damaging wind gusts and a brief tornado could not be ruled out of the forecast, according to the NWS. 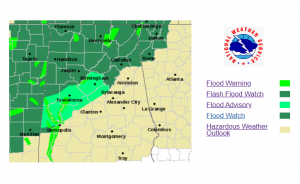 It is important to remember to avoid flooded areas in your vehicle. The saying goes, “Turn around, don’t drown.” The NWS said most flood deaths occur in vehicles.

If you witness flooding, you are asked to call your local law enforcement agency.