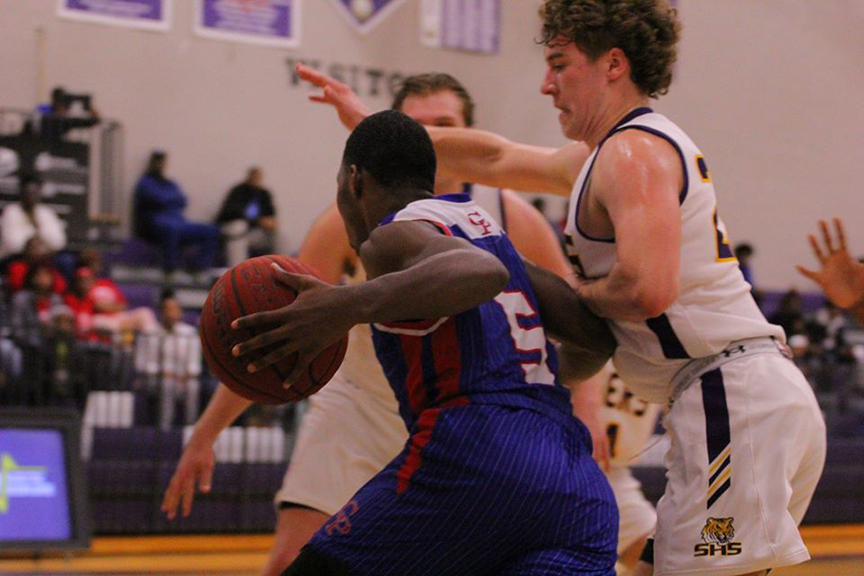 SPRINGVILLE – Center Point sealed its own fate in the waning moments of Friday’s matchup against Springville when Jayson Jones missed two go-ahead free throws with four seconds remaining in regulation, which cemented the come-from-behind victory for the Tigers.

Led by a determined defensive effort and timely buckets, Springville weathered a ferocious Center Point second-half rally to move to 12-6 on the season and avenge a 26-57 loss to the Eagles in December. 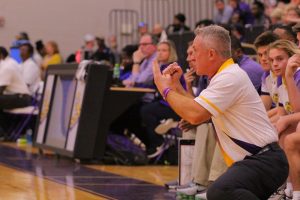 Despite not quite matching up well athletically, the Tigers proved to be the more efficient and disciplined team. As such, Springville opened the game nursing a slim lead throughout the first half. Center Point led briefly, 6-4, midway through the first quarter, but the Tigers regained the lead and remained just out of arm’s reach throughout the first half. In the second quarter, Springville took advantage of a six-point Center Point scoring drought to pull ahead by five points, 17-12.

The Eagles scored their first points of the second quarter on a floater from junior Antonio Reese and managed to narrow the lead to one point, 17-16, behind a smooth baseline jumper from R.J. Orr in the final seconds of the half. But Springville’s Hudson Kersh had the last laugh as his floater over the outstretched arms of a Center Point defender as time expired gave the Tigers a 19-16 halftime lead.

Springville increased its lead to 26-18 in the third quarter following a 7-0 run. Center Point would regroup and chip away at that lead throughout the quarter. With 2:36 remaining in the third, Center Point’s Orr hit a 3-pointer to narrow its deficit to two points, 26-24, and Jones would tie the game moments later at 26-all on a layup off a steal.

After Springville regained the lead at 28-26, Center Point’s Jonathon Dudley gave the Eagle their first lead since midway through the first quarter after his steal led to a layup and free throw, 29-28. Springville would promptly retake the lead after a Kersh 3-pointer with 50 seconds left in the third; however, Center Point’s Orr hit a 3-pointer of his own followed by a layup to cap his personal 5-0 run to give the Eagles a 34-31 lead heading into the fourth quarter.

That lead would continue to ping pong in the final quarter. Center Point managed to take a three-point lead, 39-36, with 3:51 left in the game; however, the Eagles would go only to score just two points in the final three minutes.

With a slim, 41-40, Center Point could do nothing but watch as Kersh hit two free throws in the final seconds to pull ahead, 42-40. The Eagles had a chance to take the lead after Jones was fouled on the way to the rim, but his two free throws bounced harmlessly around the rim.

With the loss, Center Point dropped to 8-11 on the season. The Eagles have now lost four out of their past five games.