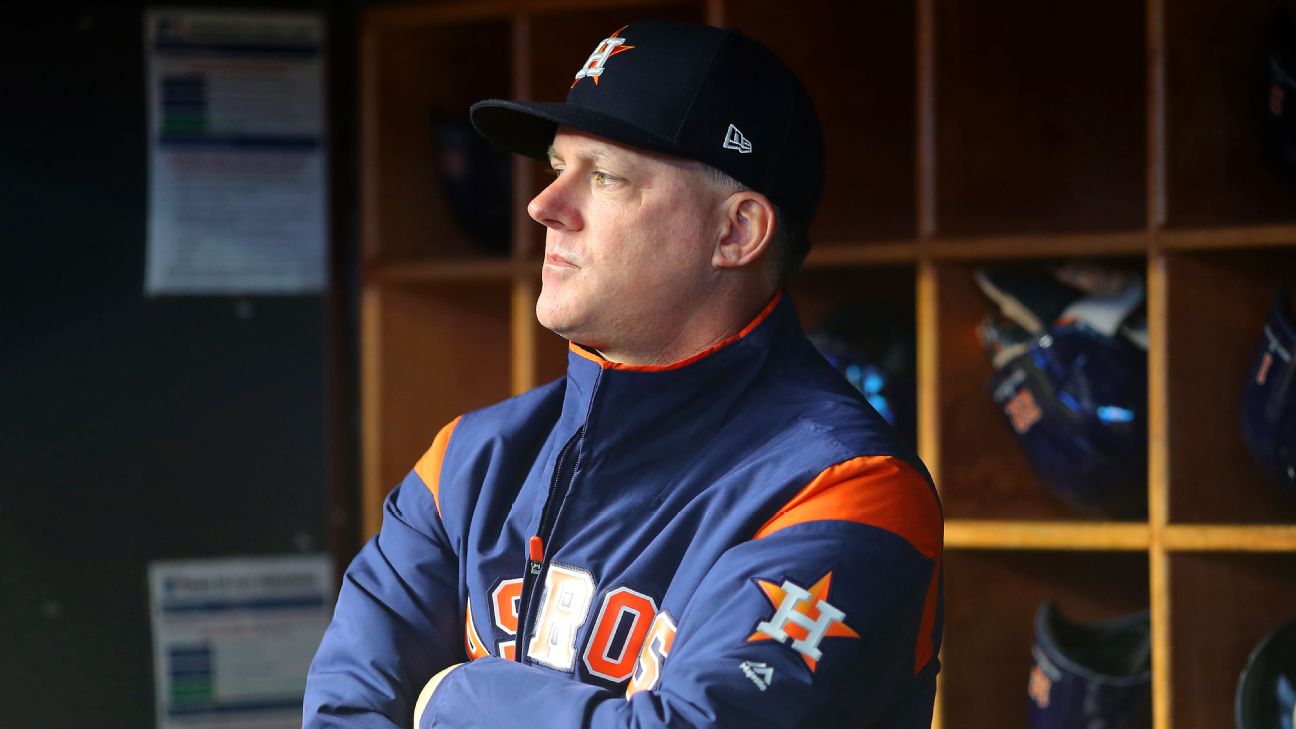 NEW YORK — Houston manager AJ Hinch and general manager Jeff Luhnow were suspended for the entire season Monday and the team was fined $5 million for sign-stealing by the team in 2017 and 2018 season.

Houston also will forfeit its next two first- and second-round draft picks.