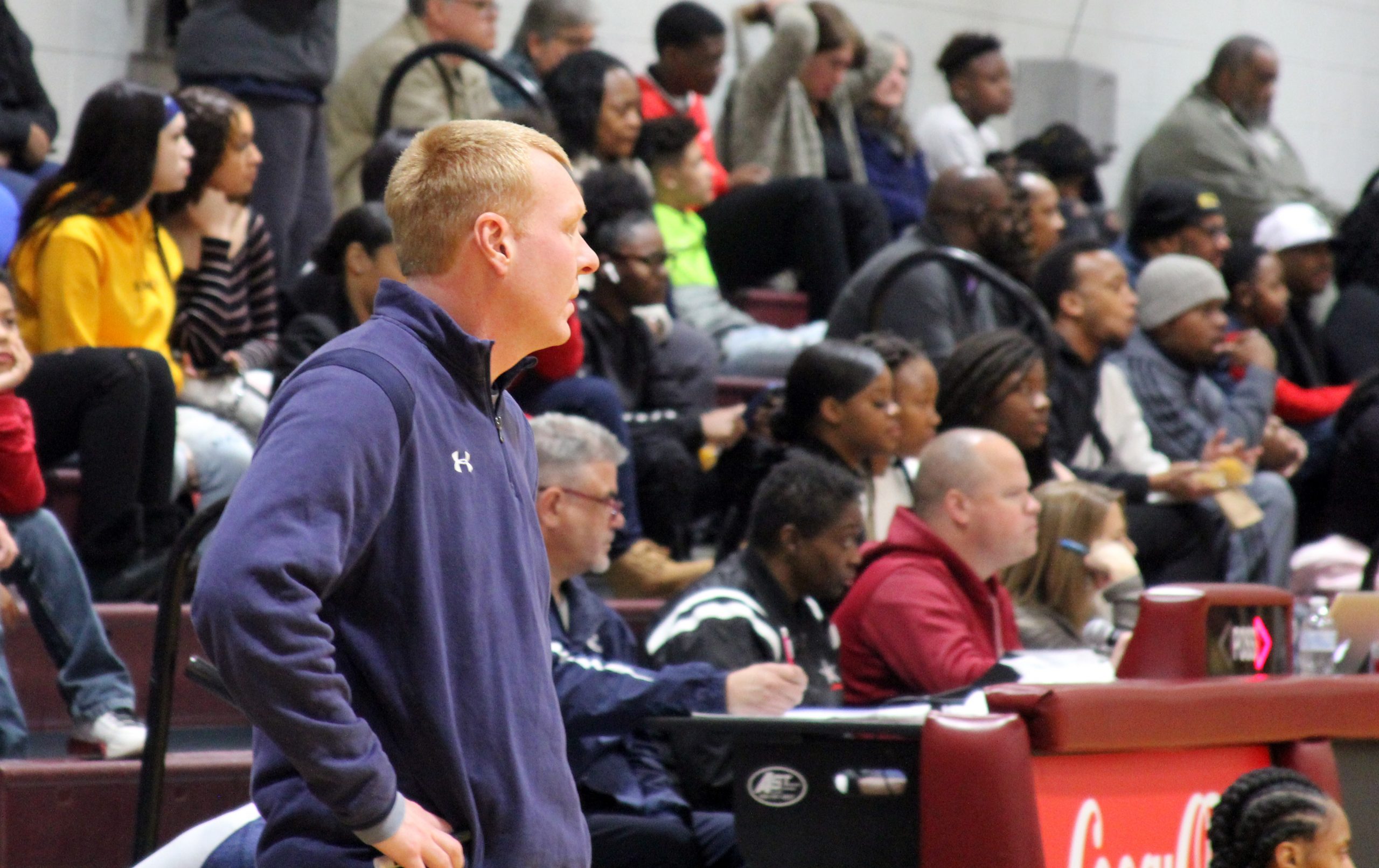 PINSON VALLEY — Despite all the tribulations that the Clay-Chalkville girls’ basketball team has weathered this season, Cougars head coach Justin Haynie could not imagine riding the wave without the team that he considers a joy to coach.

“They get along and they make our jobs so much easier,” Haynie said following Clay-Chalkville’s 47-30 victory over area foe Pinson Valley on Tuesday within the hostile confines of the Indians.

The win sends the Cougars to their 13th victory in 15 games after starting the season with five losses in their first seven games. Clay-Chalkville’s undefeated record in Class 6A, Area 12 play means that the Cougars will host next month’s three-team area tournament.

“Early on we talked about it a lot, we couldn’t shoot the ball for anything,” Haynie said. “We would go to practice and put up 500 shots and shoot 60% and then go into a game and go 1-for-15. We knew that we could do it. It just took putting the reps in and waiting for the shots to fall, and when they do, good things tend to happen for us.”

Haynie cites senior Aukeviah Tellis as a catalyst for the Cougars’ success this season. He describes her as a player who always knows what needs to happen and where it needs to happen.

“She’s played on varsity for four years, so she knows everything we run,” Haynie said. “She’s at a point where if we take it out of bounds, or if the other team does (something), she knows where we need to be, and she knows what play I want to call so I don’t have to do it from the bench. So, it’s nice to have a girl like that on our team.”

As a result of the Cougars’ surge up the standings, they will hold a first-round bye in the area tournament and face the winner of Pell City versus Pinson Valley in the championship game with a trip to the region tournament on the line.

“We like to take things a game at a time,” Haynie said. “We haven’t been to the regional tournament in four years so we’re hungry to get back there. If we can get there, at that point there’s only 16 teams left, and anything can happen.”