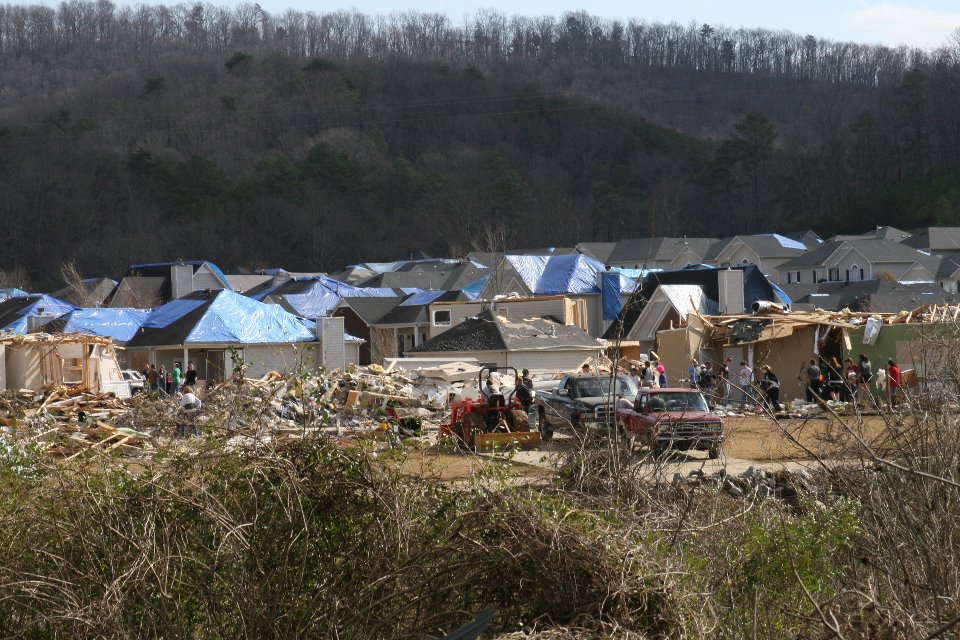 CLAY — The stories have become few and far between over the past eight years. It was on Jan. 23, 2012, that a devastating tornado ripped through the city of Clay, changing landscapes and lives.

Although the city has, for the most part, recovered and grown since that day, residents will never forget the destruction that the storm left behind.

The subdivisions of Georgebrook and Paradise Valley were hit hard. Many homes were destroyed, leaving only slabs and driveways after cleanup crews removed mounds of memories from yards. Some residents who had lived in the area for decades were forced to move.

A total of 321 homes were damaged and 98 structures were destroyed.

One person was killed in Clay. Christina Heichelbech, a 16-year-old living in the Steeplechase subdivision, was found 40 feet from her family’s home. In the days after her death, Heichelbech’s father told the story of a bright young woman whose life was cut short. Heichelbech, who was a student at Jefferson County International Baccalaureate School, had already been offered a full ride to Auburn University, where she wanted to attend the College of Veterinary Medicine.

Jan. 23 is now known as Christina Heichelbech Day in Clay.