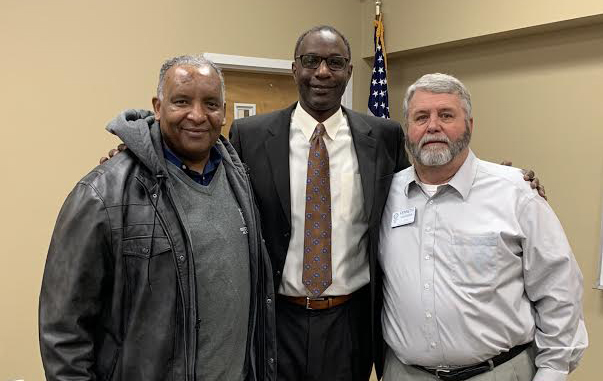 TRUSSVILLE — The Trussville Rotary Daybreak Club had a special guest speaker this past Wednesday at the First Baptist Church Trussville.

Alabama Sports Hall of Famer Buck Johnson traveled to Trussville at the behest of the Rotary Daybreak Club, which meets each Wednesday at 7 a.m. Johnson, who is the current boys’ basketball head coach at Restoration Academy, is a former University of Alabama basketball player who helped guide the Crimson Tide to four consecutive NCAA Tournaments, advancing into the Sweet 16 in his final two seasons. He then proceeded to become a first-round pick of the Houston Rockets. 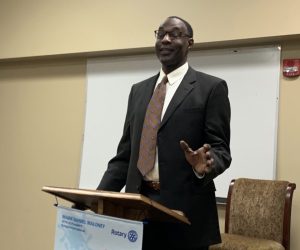 Johnson spent eight seasons in the NBA where he scored 4,617 points. He spent eight more seasons bouncing around Europe before hanging up his jersey.

Upon his retirement in 2002, Johnson, who harks from East Birmingham, moved to Huntsville and joined forces with former Hayes High School basketball coach Jack Doss on the sideline.

Johnson returned to Birmingham in 2014 and worked in the athletic department of Birmingham City Schools. His son followed in his footsteps and currently plays basketball at Auburn after transferring from Memphis in 2018.