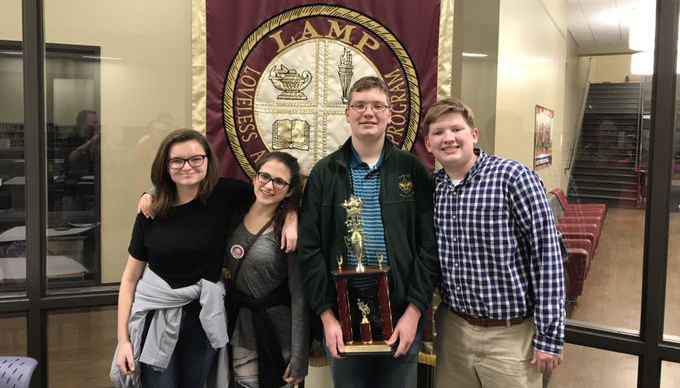 TRUSSVILLE — Hewitt-Trussville High School experienced a first on Jan. 18 as the varsity scholar’s bowl team won a tournament for the first time in program history.

The team, established in 2013 by Josh Haynes, claimed first place in the National Academic Quiz Tournaments 2020 LAMP Invitational with a 7-1 record and 2,990 points.

The team defeated Enterprise A, Spain Park A, Southside, LaGrange Academy, Smiths Station, Sylacauga A and Dothan B. The lone loss for the Huskies came against Enterprise A, 170-440, in game 1.

The victories over Southside in game 6, Spain Park A in game 7 and Enterprise A in game 8 came during the playoff rounds.

The top five finished as follows:

The scholar’s bowl is described as a version of Jeopardy! Haynes said in 2017 when the varsity team placed in third in the Lamp Invitational despite being without its leading scorer. 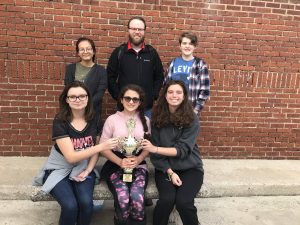 In the past three months, the varsity team has won the LAMP Invitational and placed in first at the eighth annual West Point Quiz Bowl Tournament. In the past year alone, the varsity and junior varsity teams have 10 top 5 finishes. For those interested in viewing player statistics and tournament performance you can click on this embedded link.

In addition, the junior varsity team qualified as a wildcard for the upcoming state tournament.

According to the NAQT website, the organization was “founded in 1996 by a group of former players. Those competitors — including several national champions — are now college professors, high school teachers, lawyers, engineers, software developers, physicians, and research scientists who make time to promote and improve the fast-paced question-and-answer game that was an important part of their lives. They are motivated by the chance to provide the next generation of students with more and better opportunities for competition than they themselves had.”