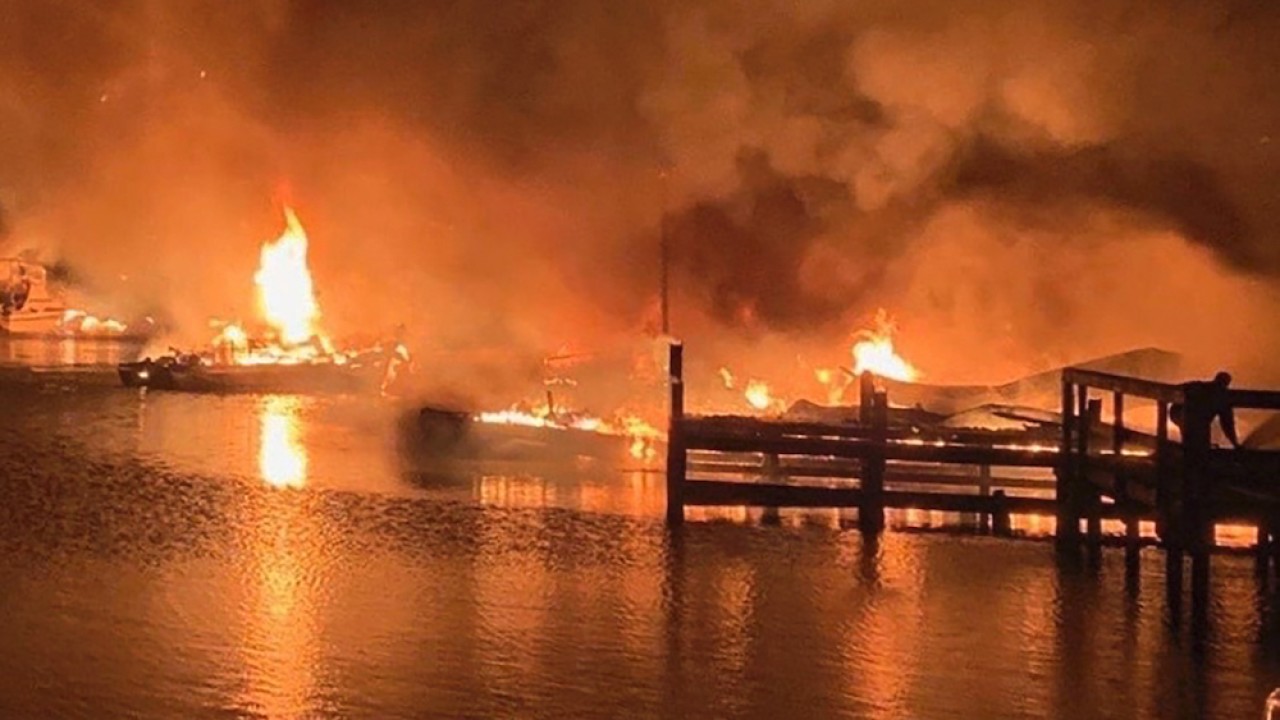 SCOTTSBORO, Ala. — Officials were trying to contain environmental damage Tuesday at an Alabama marina where eight people died in a fire that destroyed dozens of boats.

The dock at Jackson County Park Marina is on a wide creek that feeds into the Tennessee River, and Fire Chief Gene Necklaus said it did not appear pollution had reached the main water.

But burned propane tanks were visible in water near the marina, along with an oily sheen; the smell of gasoline was still strong more than 24 hours after the blaze was extinguished.

Floating barriers were installed to keep oil and other materials from spreading into deeper waters, where a crane perched atop barges was preparing to lift sunken boats, some longer than 40 feet (12 meters), off the bottom. At least two smaller boats already have been removed.

Crews will raise each sunken craft and check inside each to determine whether additional people may have died, Necklaus said.

Authorities have not said what started the fire, which witnesses said wind quickly swept down a wooden dock where an undetermined number of people were sleeping early Monday morning.

Residents described a desperate fight for life, with some people piling into boats to get away and others diving into water that was in the mid-50s to swim for their lives.