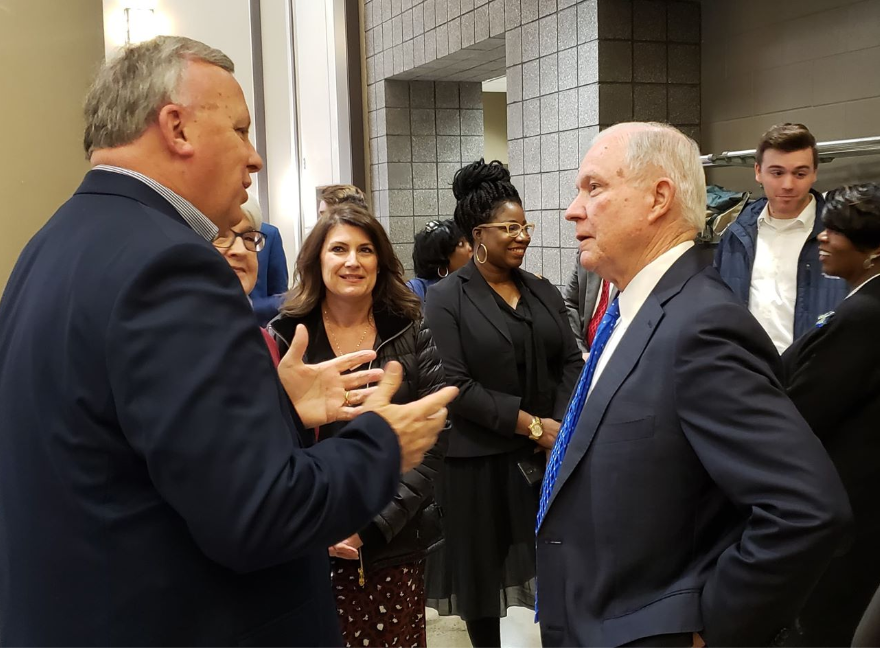 Sessions began his speech by thanking the chambers for having him. He also recognized Tony Cooper for his 29 years of service as executive director of the Jimmie Hale Mission. 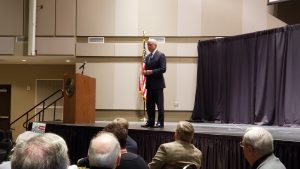 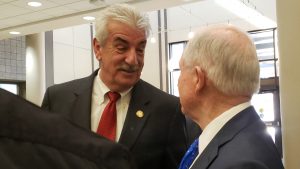 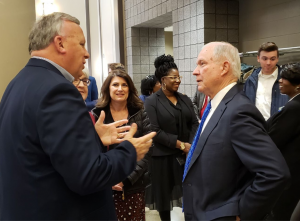 “A lot of people get fired in America but mine was more public than most,” said Sessions.

He said he felt blessed to be able to serve his country in that capacity.

When it comes to issues facing the U.S., Sessions touched on immigration, trade and foreign policy.

“We should protect our interests and our abilities,” said Sessions. “For President Trump, that’s his duty.”

Sessions said he still stands by President Donald Trump. He said his main concern is protecting interests for the people in the state of Alabama.

“I think people in Alabama want us to protect our country, our culture, our rule of law, to keep our taxes low and keep our regulations low,” said Sessions.

Sessions said these are all things he has already done and he promised to continue to do if he is given the chance to serve another term as Senator.