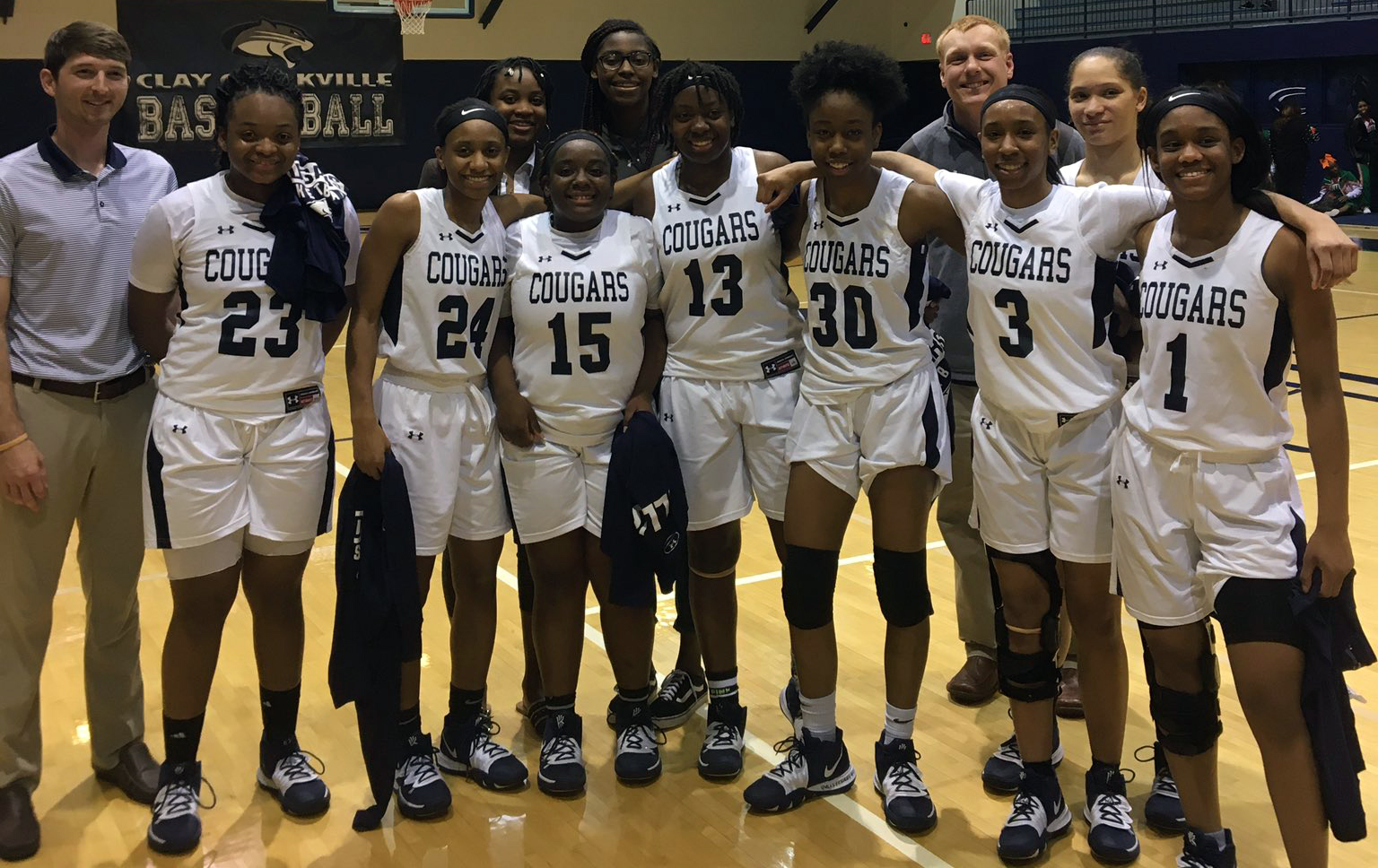 CLAY — The Clay-Chalkville girls’ basketball team used an 18-0 fourth quarter run to dispatch Huffman on Monday night, 70-47, in the sub-regional round of the 2020 AHSAA Class 6A Varsity Basketball State Tournament to advance into the Sweet 16 hosted by Jacksonville State University.

It has been four seasons since the Cougars have made a trip back to the regional rounds.

The Cougars came out of the gates hot with a 10-2 burst to open their state tournament run — five of those points came from senior Aukeivah Tellis. Huffman managed to respond and fought back to narrow its deficit to just two points, 14-12, at the conclusion of the opening quarter.

Undaunted, Clay-Chalkville utilized yet another run, 14-5, in the second quarter to extend its lead to double-digits thanks to a strong perimeter game. On the night, the Cougars hit eight 3-pointers with three of those coming before halftime. Tellis was the 3-point dynamo throughout the evening as the senior hit four 3-pointers in the victory. She led the way with 18 total points.

Huffman trailed by as many as 14 points in the third quarter. However, with their season in doubt, the Vikings doubled-down and ended the quarter on an 8-2 run.

Yet, a stunning rally was not in the cards for Huffman as the Cougars began the fourth quarter with a flurry of points on their way to a 18-0 run to effectively end the game. Khali Johnson and Vonquice Wilson added 14 and 13 points, respectively, as the Cougars booked their ticket to JSU.

Clay-Chalkville faced Fort Payne on Jan. 24 and lost, 56-25. The defeat was the start of a three-game slide for the Cougars.

Final @cchsgirlshoops takes care of Huffman and they are headed to Jacksonville State University and will play the winner of Fort Payne and Mae Jemison. If this team gets hot they could surprise some people in 6A. @TribSportsLive pic.twitter.com/GbfxtOoEBI