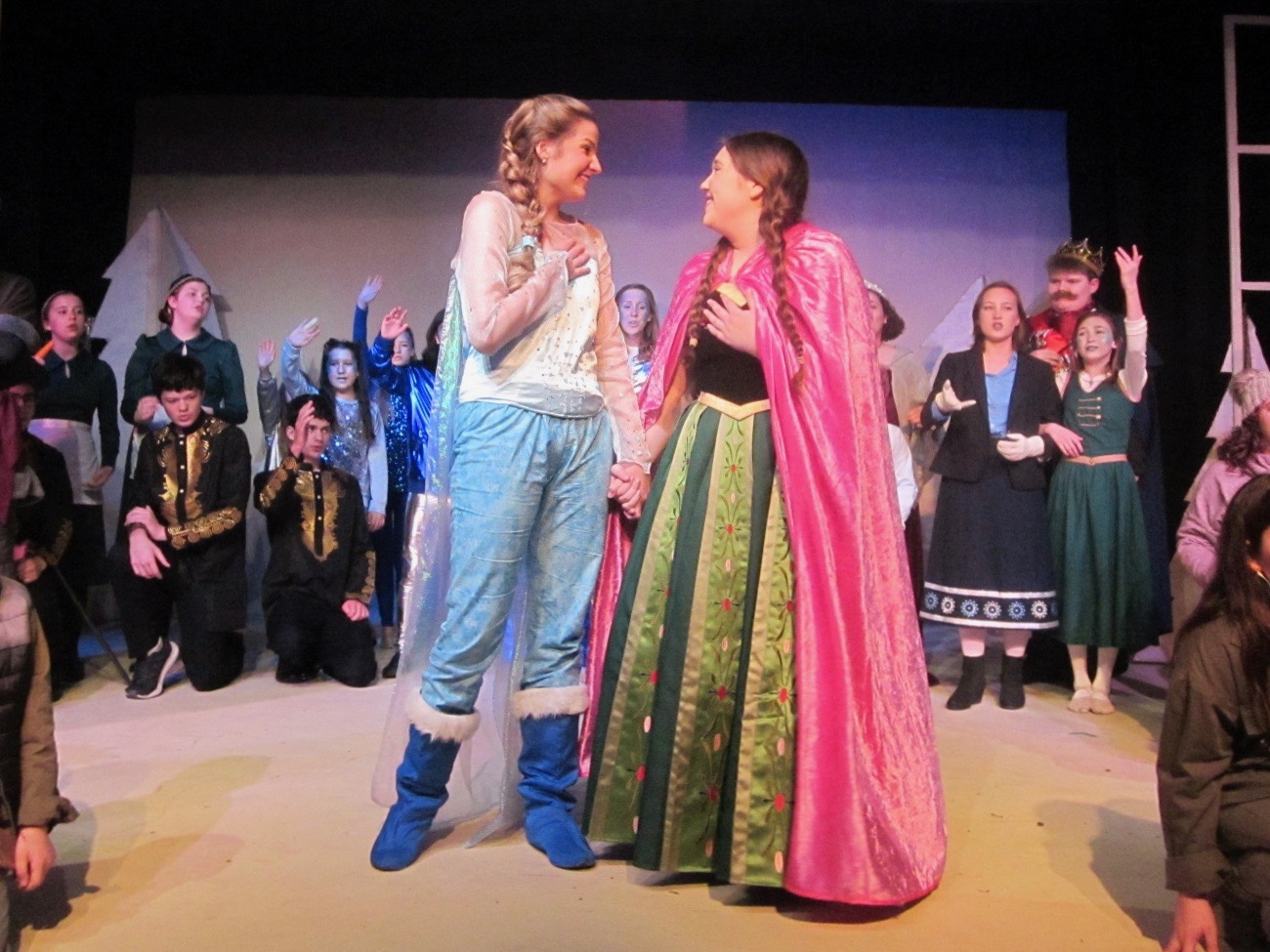 TRUSSVILLE — One day, long ago, I took my three girls to see a little movie called Frozen. I entered the theater with few expectations; I left it astounded. Since that day in November of 2013, we’ve watched the film a dozen times and listened to the soundtrack a dozen times a dozen more. I am of the firm belief that there should be a special parenting merit badge for knowing all the words to ‘Let it Go’ in English as well as Spanish. 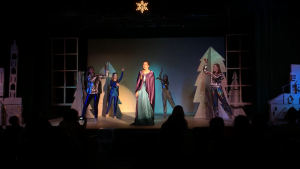 The ACTA production of Frozen Junior debuted on Feb. 13 and in the deft hands of director Lucy Lunsford, Arrendale is brought to Trussville. It is a wonderful show. It is a magical show. It left all of the audience wanting to build a snowman of our own.

The junior designation in the title signifies a number of things.

“This is the Disney classic Frozen,” said Lunsford. “It is junior because the entire cast is 18 and younger. We have 3-year-olds to age 18. It is also a condensed version.”

Sometimes less is more. That is certainly the case for this version; especially when it comes to the songs.

“All of the songs are still there and it has a few extra songs that are in the Broadway musical,” said Lunsford. “Oaken, during the trading post scene, has a new song and it is a lot of fun. Elsa has a new solo and it is really great. There is the old and the new.”

Sporting a cast of around 50 kids, Lunsford relished the opportunity to work with so many pint-sized powerhouses. 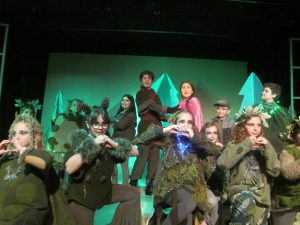 “Kids are just amazing because they pick up things so fast,” said Lunsford. “You can throw a million things at them in a short amount of time and they soak it all in. Just working with them is so rewarding. Getting to teach them along the way is too, we try to make it a learning experience along the way. And not just theater skills but life skills as well.

“Listening skills, public speaking, being strong leaders, watching out for each other. Just being good citizens. There are a million different lessons that we touch on. Even the show itself has lessons. It has so many great things in it. Elsa has this journey. When things aren’t working out, she shuts the world out and you can’t do that. So, we’ve also talked to the kids a lot about what can we learn from the moral of this story. It is about fifty-fifty. We have a lot of kids that are returning, that have been to ACTA before, and we have a lot of kids that are brand new and this is their first time ever on stage. So, it is a great mix.”

Keeping such a familiar property fresh and exciting can pose a challenge. This version of the story tackles that problem masterfully.

“In our show (we) have taken a few interesting twists with the story. And then there is costuming and the set. We’ve taken the original and put a different twist on it that you haven’t seen before. I think the audience will be surprised.” 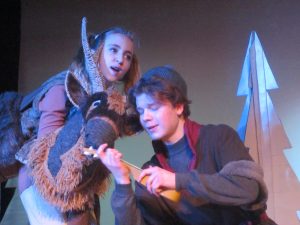 Much of the work in keeping the production fresh and yet familiar came from the crew working behind the scenes.

“We’ve got a great team working together,” said Lunsford. “We have Weston McCurry as our music director. He has been there through the audition process and the rehearsals to work on all of our harmonies and different parts. He is also working as a stage manager with Brendan Bryan. We have two stage managers who run things in the back.”

Running things in the back is a job that includes managing props, set pieces, getting the accouterments on and off stage, and coordinating lights and sounds with the action of the actors.

“There are a lot of all-day weekends working on the set,” said Lunsford. “We have a very whimsical set for this production. We’ve tried to make it look as though you were inside a wooden coo-coo clock. Lots of hours went into that and into the costumes. The parents have been great with that. The parents have helped a lot with the costumes. It is always magical to see it come together.”

From the vantage of the audience, it really does look as though the narrative is framed from within a cuckoo-clock. That effect is aided greatly by two marvelously constructed castles flanking the wings of the stage. The castles were constructed by Joseph Lunsford who also performs as Kristoff with a swagger and a charm more than a little reminiscent of a young Harrison Ford. 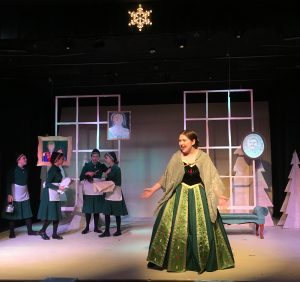 Performing as adult Anna and Elsa are Christina Starkey and Leah Bussey respectively.  They both turn in a performance that leaves you wanting to sing along but won’t for fear of missing even a single one of their perfect notes.

“Christina Starkey has been in several ACTA productions and she is playing Anna,” said Lunsford. “She is doing a fabulous job. This show is very difficult music-wise. They’re singing what Kristen Bell and Idina Menzel, so I’m just very impressed by their hard work and I’m so excited for everyone to hear them.

“Leah Bussey is playing Elsa. She has been in one other ACTA production and this is her first really big ACTA debut. She has stepped into this character. And just watching them, it tears me up … seeing them become these characters and being strong leaders for the kids.”

Lucas Bond, 12, steps out onto the ice as Olaf. Every scene he appears in is gold.

What would a story be without a villain to carry forward the narrative? Frozen Junior gets two. Lucas Jackson as Prince Hans and Nate Dutton as Duke of Weselton. They present a performance that is in turn; charming, menacing, hilarious and always winning. 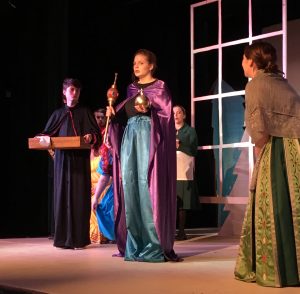 Frozen Junior has sold out, in advance, every show.