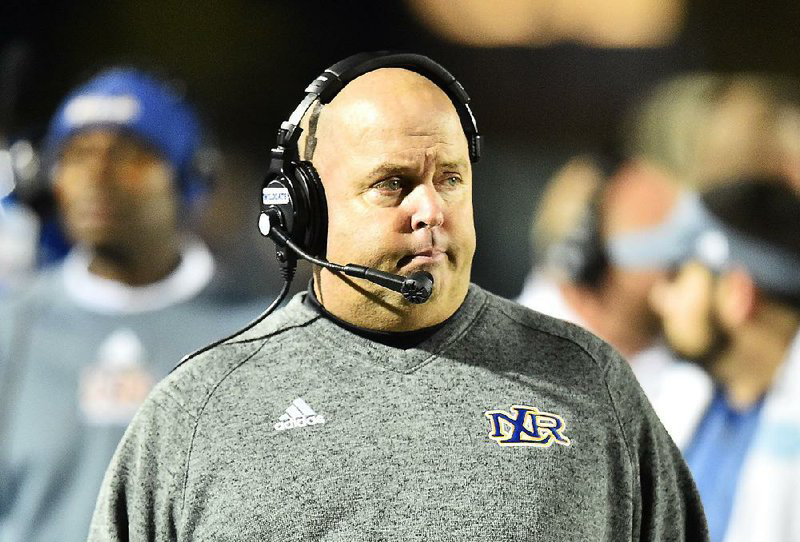 IRONDALE — The Clay-Chalkville football team will get its first taste of Shades Valley’s new head coach in week two of the upcoming 2020 season.

“We are excited to hire Jamie Mitchell at Shades Valley High School,” Director of Athletics for Jefferson County Schools Darrell Long said in a press release. “To get a veteran championship coach to lead the program is exciting. Coach Mitchell is a proven winner and we expect him to do great things at Shades Valley.”

Shades Valley has announced Jamie Mitchell as the new head football coach! Mitchell, 53, comes to Shades Valley from North Little Rock High in Arkansas, where in five seasons, he was 53-12, & led NLR to four consecutive 7A state title game appearances, including one state title! pic.twitter.com/GYHsmkpHTE

According to the press release, Mitchell has coached numerous players who have gone on to play in the SEC and in the NFL.

Overall, Mitchell is 215-72 as a head coach and has guided his teams into six state championship games in the past eight years. Those appearances come in two different states (Arkansas and Mississippi) and in the highest classification of either state. In Mississippi, Mitchell coached at five schools over 18 seasons. He advanced into three title games, won one, and went 164-61 during that span.

Mitchell has had just two losing seasons in his career as a head coach. He has also won 10 or more games in 13 seasons. 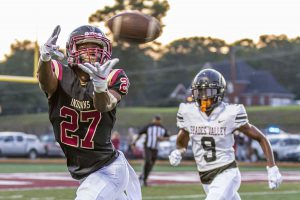 “I am honored to be selected to lead the athletics program and football team at Shades Valley High School,” Mitchell said. “As the head football coach and athletic director, I will pour my heart into creating an overall program that the school, district administration and community can be proud of. I am excited to get started, meet the players and coaching staff, faculty and community. It will be a privilege to work under the leadership of Dr. Gonsoulin and Principal Sarhaan.”

The Mounties will face Class 6A, Region 6 power Clay-Chalkville to usher in Mitchell’s tenure. Historically, Shades Valley has had a less than an ideal time against Clay-Chalkville, as the Cougars hold a 15-4 all-time series lead. The Cougars have outscored the Mounties, 540-297.

Shades Valley will also face region foe Pinson Valley in week two. The Indians too are in the process of breaking in a new head coach as the program officially announced Sam Shade as their head coach on Thursday. The Indians, winners of two of the past three Class 6A state titles, have a 9-4 all-time record against the Mounties.

Clay-Chalkville will open the 2020 season on Aug. 21 at Shades Valley.