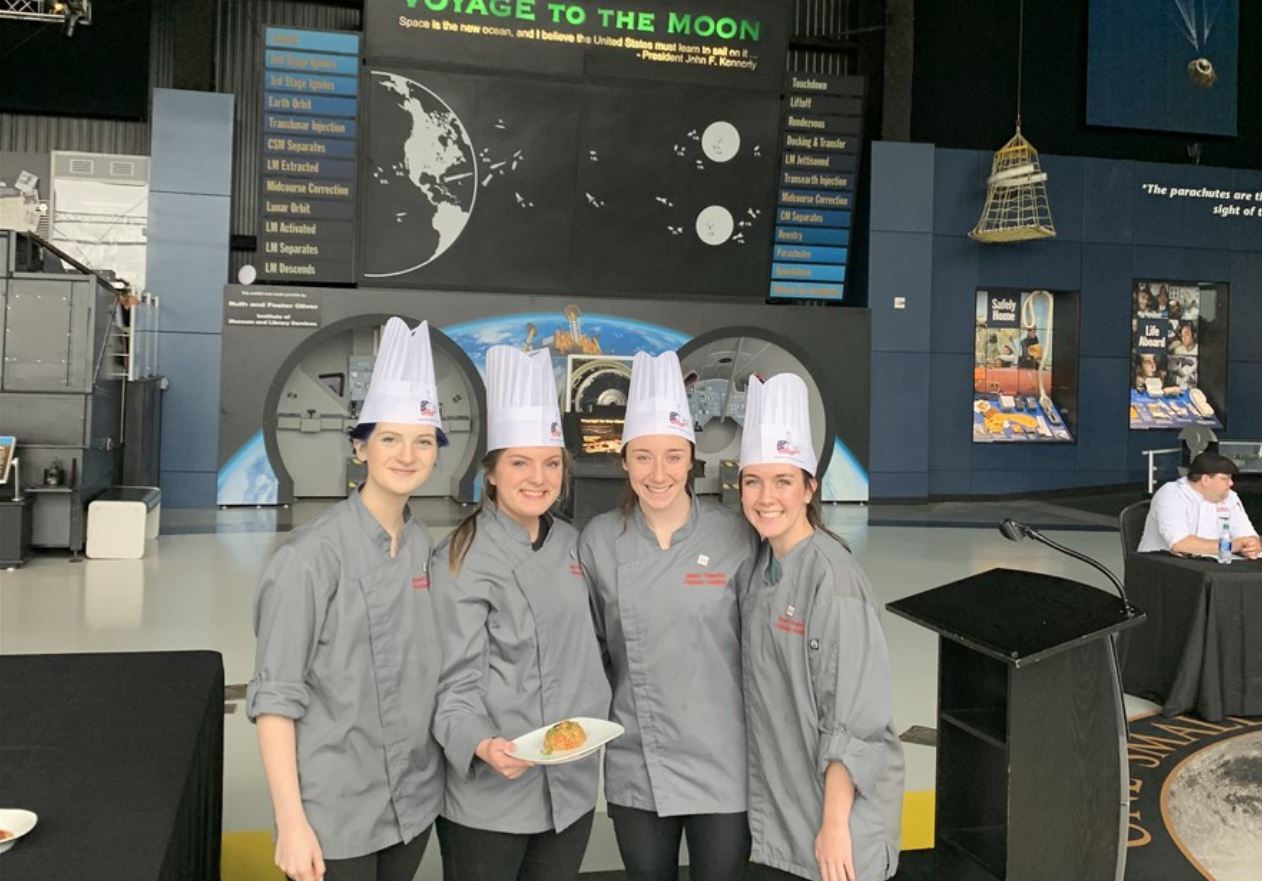 HUNTSVILLE — The Hewitt-Trussville High School Culinary Academy participated in a NASA competition at the Space and Rocket Center in Huntsville, on Tuesday, Feb. 4, 2020, and several students are moving on to the national competition this spring.

The students created an entrée that met requirements for astronauts. There were 56 teams from across the country in the competition.

HTHS students Madeline Curd, Lucy Prince, Kaylie Love, and Abigail Mitchell were chosen to compete in the national competition at the Johnson Space Center in Houston Texas on April 16th. According to TCS, the students were awarded a substantial scholarship for being chosen as Top 10 competitors.

In the national competition, judges will include astronauts, scientists and representatives from the American Culinary Federation.