He was a loving father, husband, and friend and will be missed by all who knew and loved him. 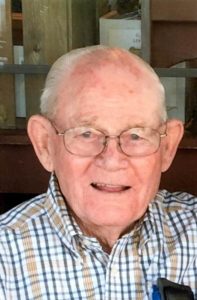 Mr. Agent was born January 14, 1928, in Zama, Mississippi. Paul was preceded in death by his wife Pauline (Manns) Agent and by his parents, Clarence and Texie (Stewart) Agent of Memphis, TN and 7 Brothers and 6 Sisters.  He is survived by daughters Linda (Jerry) Trott of Leeds, AL, Rita (Jim) McCay of Pelham, AL and son Mike (Leigh Ann) Agent of Hoover, AL. He is survived by 4 Grandchildren Paul (Ami) Trott, Jason (Katy) McCay, Matthew (Allyson) McCay and Jeff Hunsinger and 9 Great-Grandchildren and numerous nieces and nephews.

In his early years he was very proficient as a home builder in Memphis, TN. Even in his later years he took pride in excellent carpentry and in-home renovation projects. During his work career he had homes in Pennsylvania, California, and Alabama. He was a veteran of WWII, serving in the Marine Corps, and a Mason in good standing.   Paul loved to go camping and was a life-long gardener. He was a long-time member of Eastside Baptist Church and later FBC of Moody, AL.

The Family wishes to thank the staff of Trussville Health for their dignified service in caring for Mr. Agent. A private family graveside service was held and he was laid to rest next to his wife Polly at Jefferson Memorial Cemetery, Trussville, AL. Rev. John Paul Dutton officiating the service.