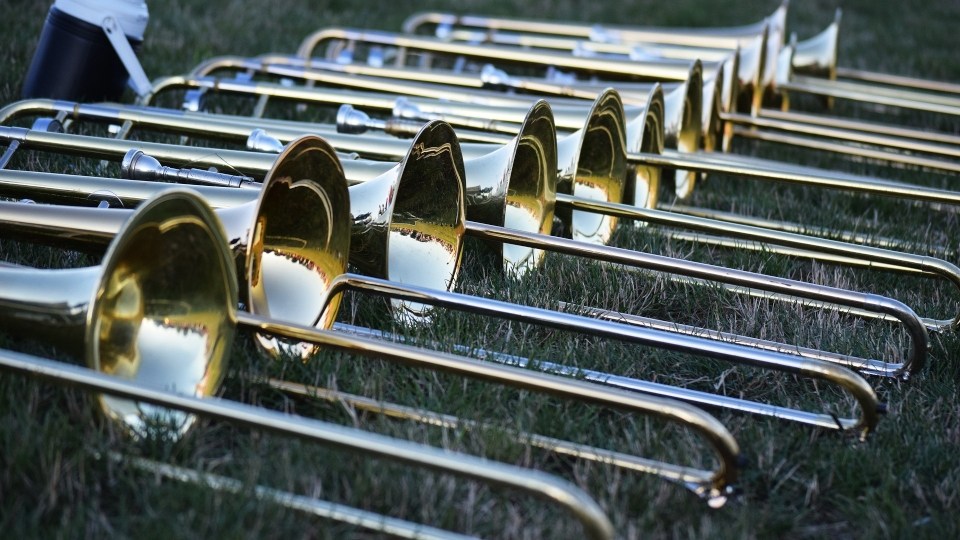 TARRANT — When John Phillips took to Facebook Marketplace to purchase several musical instruments for his fledgling Tarrant City School beginner band program, little did he know that a chance encounter would prelude an act of philanthropy and generosity that spanned multiple communities.

Phillips, the Tarrant elementary and intermediate school music teacher and assistant band director, has been tasked with reestablishing the Tarrant City Schools’ beginner band program following a decade of unforeseen obstacles and hardships. In the two years that Phillips has been with Tarrant City Schools, he has kick-started a fifth and sixth grade beginner band program and with that has come the hunt for affordable instruments.

That hunt led him to Facebook Marketplace where he happened upon a post from Leslee Hughes, an attorney with Blount Hughes, LLC. Hughes was selling her daughter’s old mallets and drum sticks.

“I’m always needing stuff like that,” Phillips said. “Our kids cannot afford a $30 pair of drum sticks. So, I try to get whatever I can.”

Unbeknownst to Phillips at the time was that his virtual introduction to Hughes placed him in a whirlwind of generosity and kindness. Hughes went above and beyond, Phillips said. On top of the mallets and drum sticks, Hughes offered to donate bells, a flute and even went as far as to reach out to the Trussville community and ask if they’d like to donate instruments.

“It was such a shock to have somebody so interested, who was not from Tarrant, to help out our band program, Phillips said. “She even managed to contact the head of the Facebook group ‘What’s Happening in Trussville.’ This is all a shock to me.”

Hughes benevolence has been a blessing, Phillips added.

Between her and multiple other people, the band has received a bag of mallets, two flutes and a clarinet. In addition to those donations, Blount Hughes, LLC. donated $300. The appraised value for the entirety of the donations sits around $1,000, Phillips said.

Since the band officially commenced in January, the program has focused on preparing students for advancing into the high school band program. At the moment, the band consists of around 25 students. With schools shut down for the rest of the academic year, Phillips is admittedly concerned about the growth of his students, but he added that the kids remain hungry to learn.