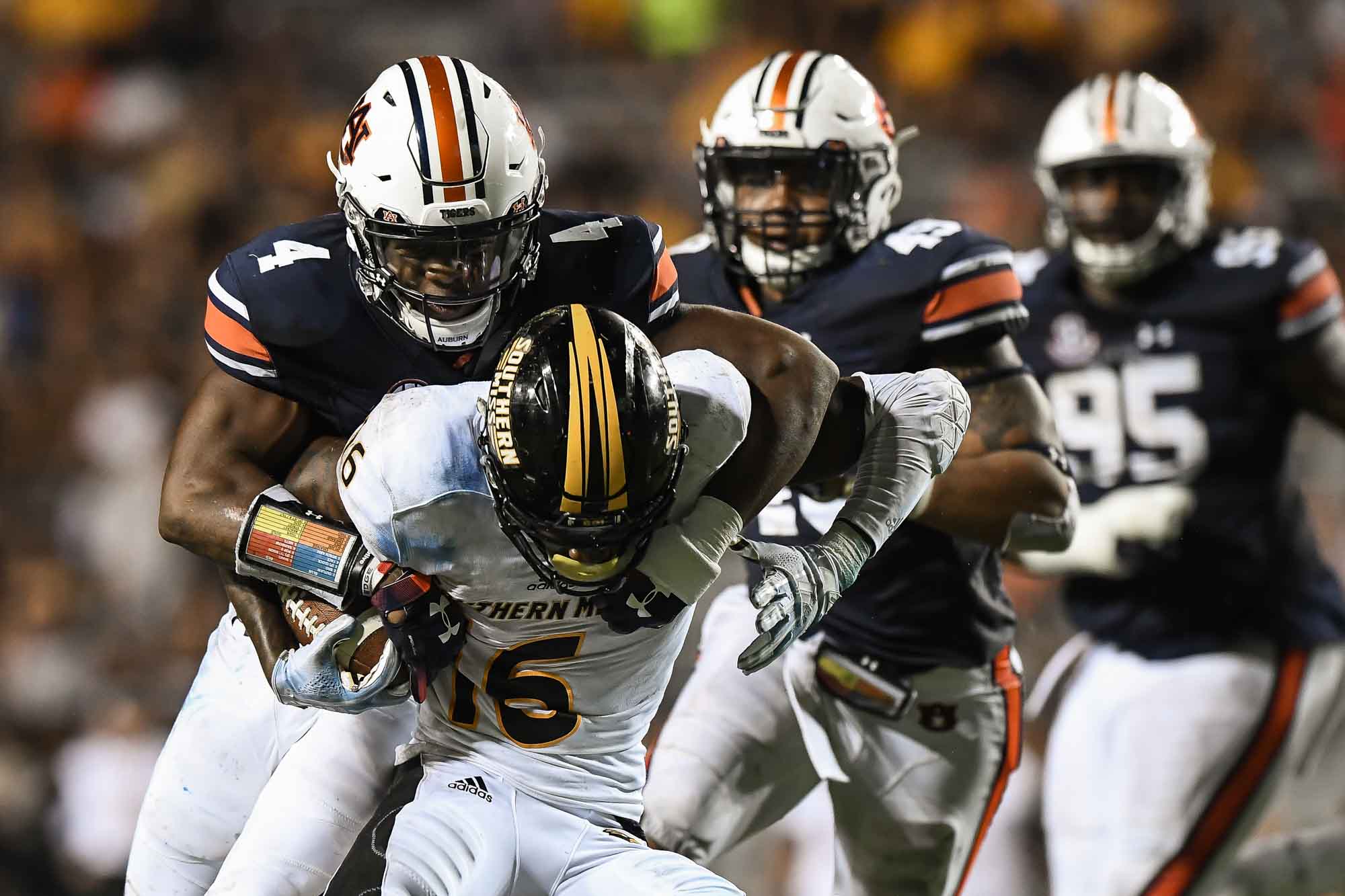 The Miami Dolphins selected former Hewitt-Trussville football standout Noah Igbinoghene with the 30th pick in Round 1 of the 2020 NFL Draft, adding yet another athletic and physical cornerback to the Dolphin’s secondary.

Igbinoghene becomes the second Hewitt-Trussville player to be selected in the NFL Draft. 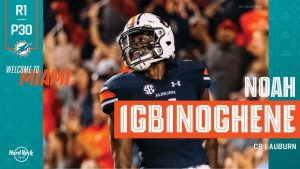 The Dolphins, who traded back from the 26th overall pick to the 30th with Green Bay, added to its secondary with the former Hewitt-Trussville and Auburn playmaker. The selection comes as Miami tries to rebuild yet again following a 5-11 record in 2019.

“(He was the) best player on the board for us,” Dolphins General Manager Chris Grier said. “We felt really good about Noah. We got to know him.”

“I know they don’t know that,” Igbinoghene said. “But those are two of the top cornerbacks in the entire league. To learn from them is a blessing.”

Miami fell in love with the upside of Igbinoghene, who made the switch to defense during his sophomore year after arriving to Auburn as a wide receiver. The two-sport star impressed at the 2020 NFL Scouting Combine after he ran a 4.48 40-yard dash and posted a 37-inch vertical jump and 128-inch broad jump, the latter checking in at the 88th percentile.

Igbinoghene’s athleticism originates from his parents, both of whom were members of the Nigerian Olympic team. His mother, Faith, was a bronze medalist with the 4×100 relay team in 1992 and finished fifth in 1996. His father, Festus, attended Mississippi State where he claimed five SEC titles in the long and triple jumps.

As a cornerback at Auburn, Igbinoghene allowed a completion percentage of just 41.9%. He concluded his collegiate career with 92 total tackles, 19 passes defended, one forced fumble and one interception. He finished his final season with the Tigers as the 10th-leading tackler on the team with 42 tackles, one tackle for loss and broke up seven passes.

“He’ll be in hip-pockets all day, even in the NFL,” Pro Football Focus’ Mike Renner wrote of Igbinoghene. “He loves to get physical at the line of scrimmage with opposing wideouts and never let them leave arm’s length.”

Igbinoghene’s arrival to the tropics will give the Dolphins an immediate player to fill in as the nickel cornerback and should give the team a shutdown secondary following the departure of Minkah Fitzpatrick Jr.

“Really excited for Noah, really excited for his family,” Auburn head coach Gus Malzahn said in a statement — Malzahn’s program has sent its No. 1 corner into the NFL throughout the past three years. “He chose to come out early, and for him to go in the first round, that’s really big.”