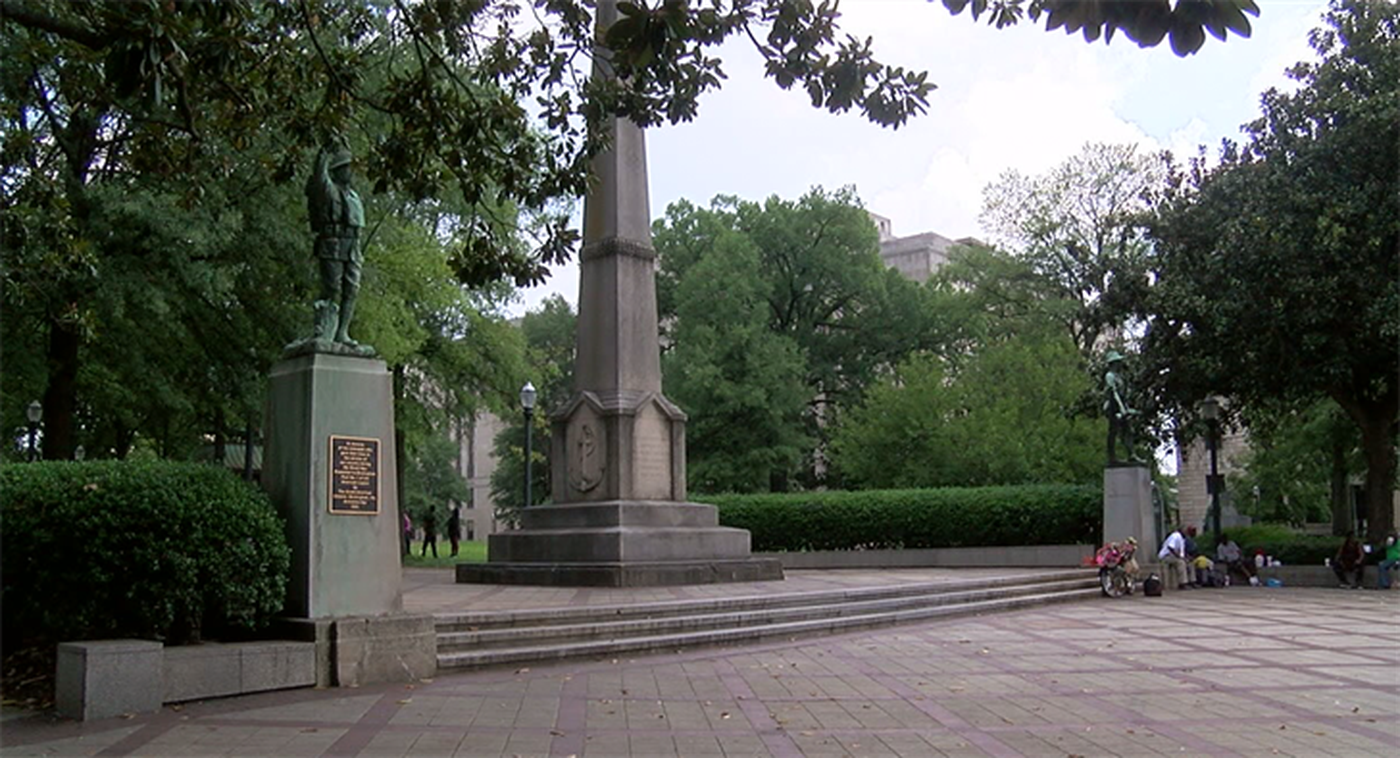 BIRMINGHAM — Several people were taken into police custody on Monday, June 1, 2020, after the city of Birmingham imposed a 7 p.m. curfew.

At least eight people were arrested from the area of Linn Park, where a Confederate monument stands. The Confederate Soldiers & Sailors Monument stands 52-feet tall and was gifted to the city in 1905, by the United Daughters of the Confederacy.

Mayor Randall Woodfin put a curfew into place following riots that began with a protest at the park Sunday. Protesters attempted to take down the monument Sunday and Mayor Woodfin said he would have the statue removed within 24 hours. Protesters left Linn Park and rioted throughout the city setting fires, breaking glass in buildings and looting.

Monday night, crews were working to remove the Confederate monument with a crane.

Attorney General Steve Marshall said the city could be fined up to $25,000.

“The Alabama Monuments Preservation Act provides a singular avenue for enforcement — the filing of a civil complaint in pursuit of a fine, which the Alabama Supreme Court has determined to be a one-time assessment of $25,000,” Marshall said in a statement.

“Should the City of Birmingham proceed with the removal of the monument in question, based upon multiple conversations I have had today, city leaders understand I will perform the duties assigned to me by the Act to pursue a new civil complaint against the City,” Marshall continued.

AG Marshall said he has offered the city of Birmingham support and resources to assist officials with restoring peace.

The city of Birmingham also closed the perimeter around Linn Park on Monday leaving only a few points of entry for emergency access.

The following streets were closed: