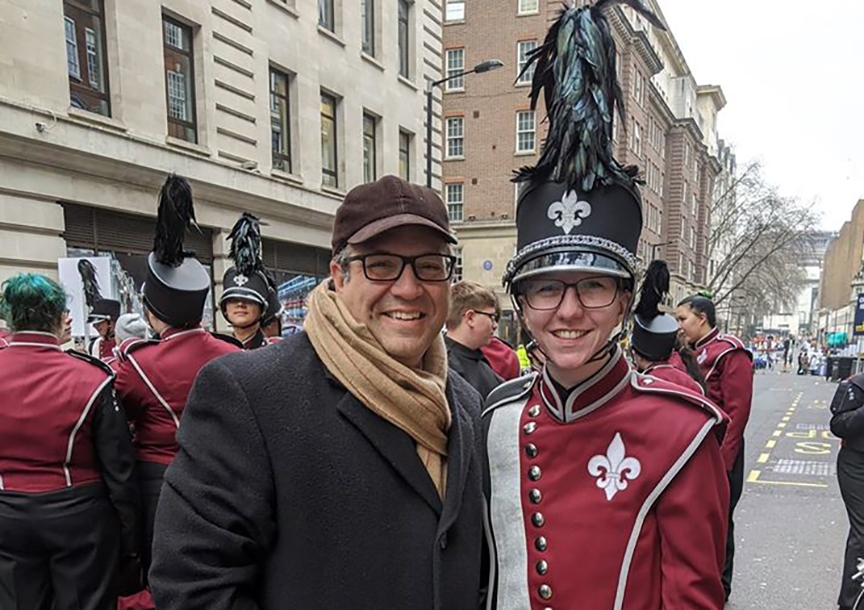 Dr. Chris Walker was terminated in late May from his position as Director of Bands for the St. Clair County School System. .

ODENVILLE — The unexpected termination of a St. Clair County band director has raised the consternation of the community and has introduced questions as to the reasoning and nature of the firing.

Dr. Chris Walker was terminated in late May from his position as Director of Bands for the St. Clair County School System. Superintendent Mike Howard said the principal of the school made the decision and the school system is unable to release an explanation concerning the band director’s termination.

“We can never disclose why an employee is terminated because that violates their rights, just like we can’t tell why a student was disciplined,” Howard explained. “There’s no difference between the two when working for the school system.”

Walker’s departure follows the Sound of the Saints Marching Band’s inclusion into the London’s New Year’s Day Parade that was held on Jan. 1, 2020. The program, which consists of students from St. Clair County High School and Odenville Middle School, raised some of the $450,000-$500,000 needed to fund the trip through fundraisers.

“It’s a chance of a lifetime for these students,” Howard said months prior to the band’s performance during the world-famous parade.

The parade was viewed by more than 600 million people throughout the world. There were an estimated 700,000 people along the parade route.

The glow of the band’s exposure on the world stage has now unceremoniously diminished following the firing. Concerned parents have reached out to the St. Clair County Board of Education but have not received a response.

One parent, who refused to allow his/her name to be revealed for fear of retaliation, said that the firing came as a shock considering Walker’s stature within the program and his ability to be a positive role model to the children.

“Overall, everybody loved him,” the parent said. “His kids respected him. We thought it was a great program. Everything was going fine. He was delivering results. So, his firing was a shock to us. We were blindsided.”

Community members have created a Facebook page in support of Walker, which affords parents and students alike a platform to reminisce and fight for answers.

Superintendent Howard said interviews are underway to find a new Director of Bands.