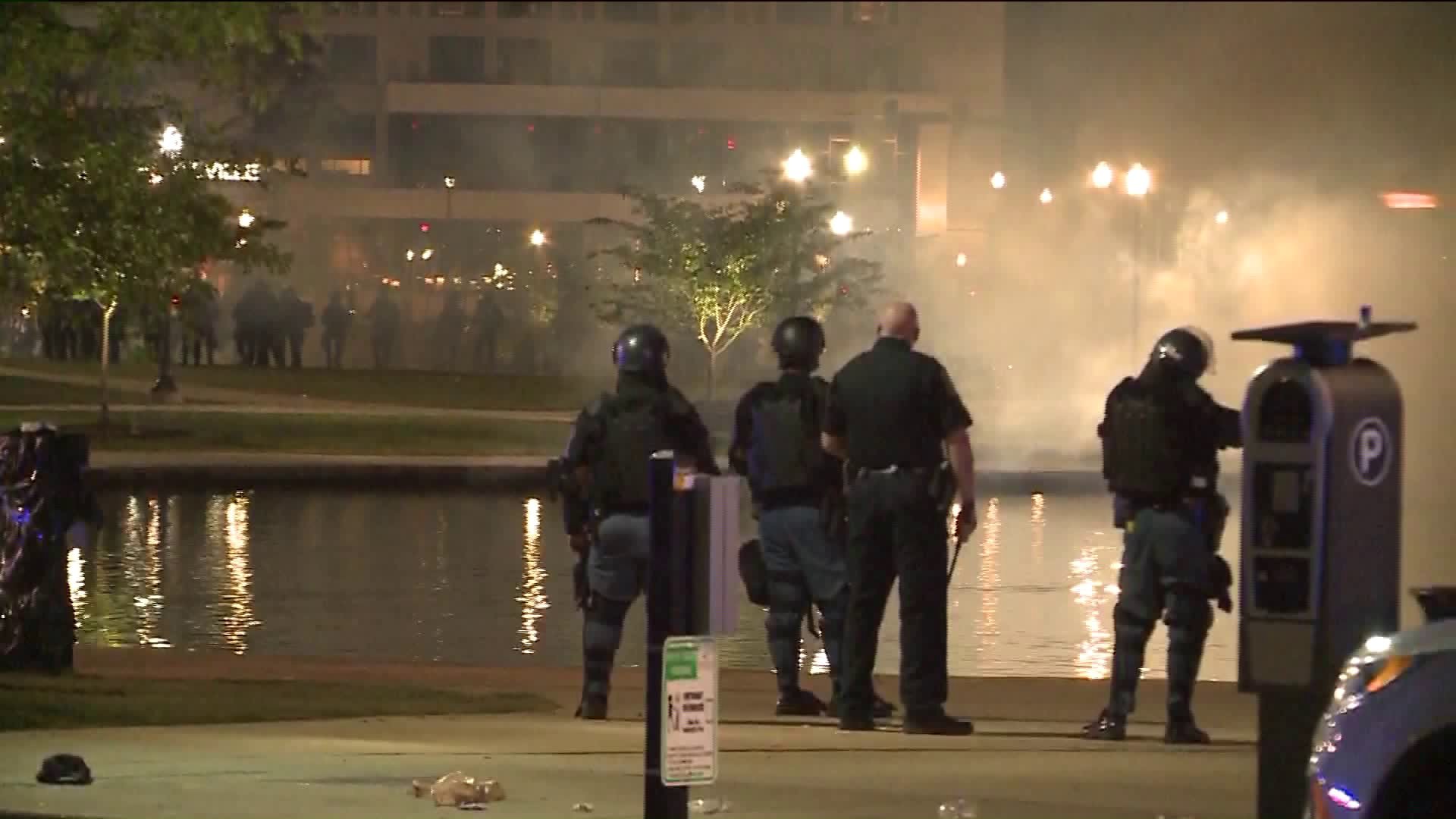 HUNTSVILLE, Ala. — Out-of-town anarchists escalated tensions during a demonstration that led to police using tear gas and rubber bullets on the crowd, an Alabama police chief said at a news conference Thursday.

Some people in the crowd were prepared to fight officers at the Wednesday night demonstration in downtown Huntsville, Huntsville Police Chief Mark McMurray said.

The crowds were given 90 minutes after the event to leave, and most did, Madison County Sheriff Kevin Turner said. Two-dozen people were arrested.

Two officers had minor injuries — one from a thrown object and another who was hit in the head multiple times, McMurray said.

Video of the chaotic scene streamed by WHNT, WAFF and other media outlets showed law enforcement agents wearing gas masks and riot gear advancing on the crowd after protesters refused an order to leave the area.

People began running away, and the video showed some demonstrators crying and using water to wash out their eyes. At some point, a police officer was seen carrying away a child who happened to be near the gassed area, AL.com reported.

A wave of protests have erupted across the country after the death of George Floyd, a black man who died after a white Minneapolis police officer pressed a knee on Floyd’s neck for several minutes as Floyd pleaded that he couldn’t breathe.

In Huntsville, the day began with a NAACP rally against police violence at a nearby park. After that rally ended, some demonstrators marched to the courthouse square chanting “no justice, no peace” news outlets reported. Many held “Black Lives Matter”signs and knelt as they stood across the square from police.