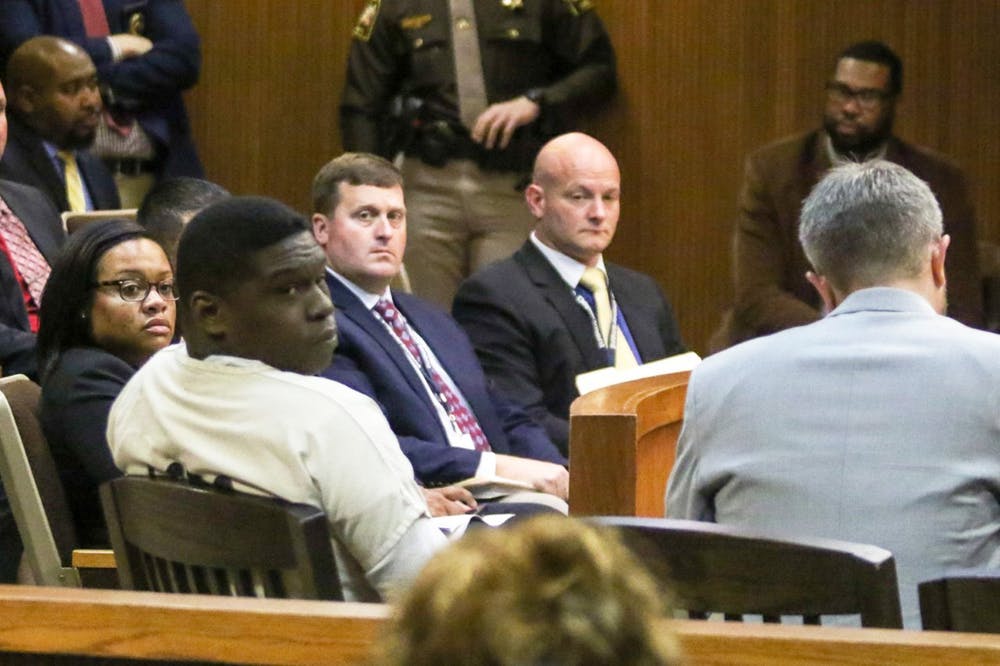 BIRMINGHAM — The man charged with capital murder in the death of Aniah Blanchard received yet another murder charge on Thursday, June 25, 2020, following the revival of an unsolved cold case murder out of Montgomery in 2018.

Montgomery County District Attorney Daryl Bailey announced the new charges against Ibraheem Yazeed, 29, who is also charged in the shooting death of Blanchard, in connection with the death of Stephen Hamby in a wooded area in Montgomery in December 2018.

Hamby was shot multiple times and died at a hospital. Yazeed is also charged with attempted murder after he allegedly shot a woman, Geraldine Talley, in the face during the same incident.

Yazeed is currently in jail awaiting trial in the death of Blanchard, 19, who was last seen at a convenience store in Auburn in late 2019.  The charging document says a witness identified Yazeed as the man he saw force Blanchard into a car. Blanchard’s vehicle, which contained blood evidence indicative of someone suffering a life-threatening injury, was discovered abandoned at an apartment complex in Montgomery.

On Nov. 25, 2019, at approximately 10:45 a.m., Auburn Police, along with members of the Task Force, Lee County DA’s Office, U.S. Marshals Fugitive Task Force, ALEA and Montgomery County Sheriff Office, responded to a wooded area in Shorter, Alabama. After a brief search by investigators, they located what appeared to be human remains several feet into the woodline.

Those remains were that of Blanchard.

“I am heartbroken for the family of Aniah Blanchard. Like Alabamians across our state, I was praying for a much different outcome,” Gov. Kay Ivey said. “I will be keeping them in my prayers and ask the people of Alabama to continue to do so as well. During this holiday season, it is easy to get distracted in the hustle and bustle, but I urge us all to remember those that are hurting. I appreciate the diligence of the Auburn Police Division, the Alabama Law Enforcement Agency and the many volunteers who were searching for Aniah. She is indeed loved and will be remembered by us all.”

Yazeed was out on bail at the time of Blanchard’s death. He faced charges of attempted murder, two counts of first-degree kidnapping and two counts of first degree robbery following a beating incident in February 2019 that left a victim at the precipice of death.