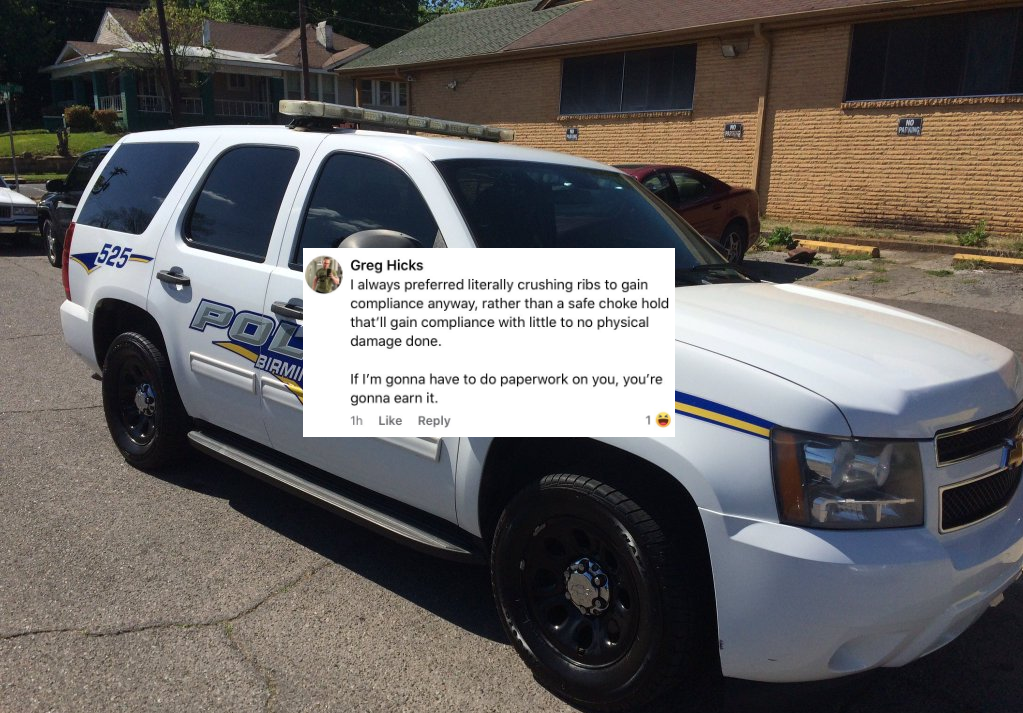 Birmingham PD: Man who made ‘distasteful social media comment’ not a police officer

BIRMINGHAM — The Birmingham Police Department responded Wednesday to a comment made on Facebook by a former employee.

The comment was made on a post about the city having a ban on chokeholds on suspects. The person commented, “I always preferred literally crushing ribs to gain compliance anyway, rather than a safe choke hold that’ll gain compliance with little or no physical damage done. If I’m gonna have to do paperwork on you, you’re gonna earn it.”

Ariana Garza, Public Relations Manager for the Birmingham Police Department posted a video on Twitter responding to the comment after discussions on several social media platforms.

“BPD does not condone such comments and takes complaints seriously,” Garza said.”…When the individual’s distasteful social media comment was brought to our attention, BPD immediately initiated an investigation.”

Garza said the man separated from BPD in 2018.

“Although the individual is no longer affiliated with BPD, we want to thank the public for bringing the comment to our attention in an effort to ensure accountability,” said Garza.

The person depicted in a trending social media post is NOT a Birmingham police officer. The individual separated from BPD in 2018. When the individual’s distasteful social media comment was brought to our attention, BPD immediately initiated an investigation. pic.twitter.com/xPDcFL5KGT