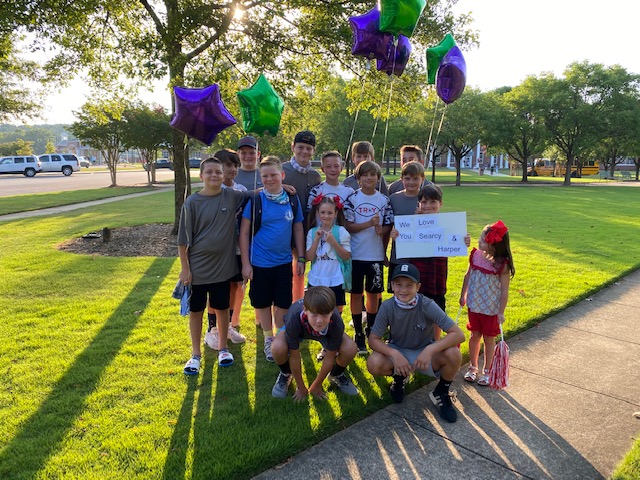 Friends of Troy Ellis gather at Cahaba Elementary School on Aug. 12, 2020, to support his siblings on their first day of school. Photo: Amanda Jordan.

TRUSSVILLE — Just over three months after the sudden and tragic death of a Trussville boy, his friends rallied together on the first day of school to show support for the boy’s siblings.

Troy Ellis’ little brother started 4th grade and his little sister started 2nd grade on Wednesday, Aug. 12. Ellis’ friends and teammates showed up at Cahaba Elementary School to be there for them on their first day.

Amanda Jordan said her children were friends with Ellis. She said the baseball and football parents who loved Ellis have been showing support for his family since his May 1 death. Ellis was shot during a hunting trip. He was 11-years-old. 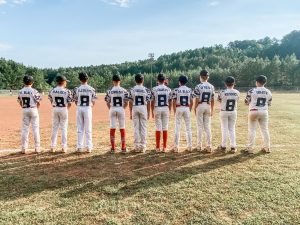 During the baseball season, Troy’s teammates wore special #8 jerseys and had a jersey for him hanging at every game.

“They tapped the jersey going in and out of the dugout,” Jordan said. “They kept Troy there as much as they could.”

After winning a tournament, the kids signed the jersey and it was framed and presented to Ellis’ family.

Before starting back to school, the group held a back to school party and wrote messages on balloons then released them in his honor. The group prayed over the Ellis family and prayed for a safe year for all of the kids.

“It’s been rough,” Jordan added. “These kids have such a strong bond.” 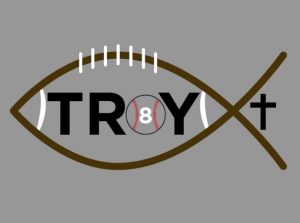 Troy Ellis’ football team will wear patches on their jerseys in memory of their teammate. Photo: Amanda Jordan.

Ellis’ football team will have patches on their uniforms in honor of Ellis. The patches have a Christian fish decorated as a football, with Troy’s name in the middle.

“Troy was a Christian first and foremost,” Jordan explained. “He loved God and loved to lead others. He loved football and baseball.” 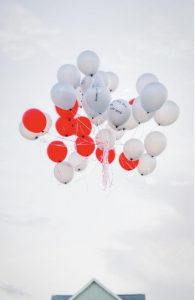