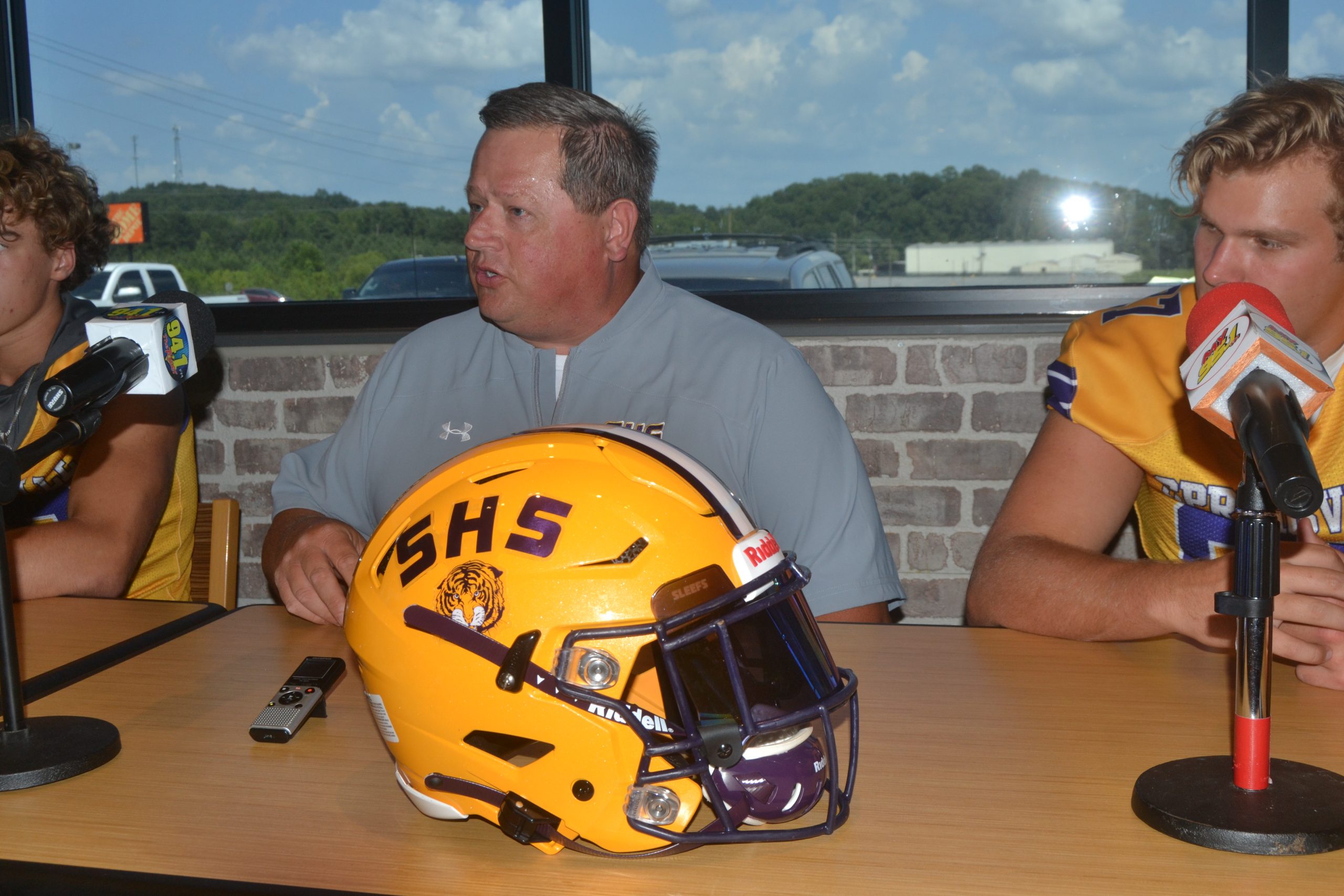 SPRINGVILLE — Michael Graben understands the challenge and is ready to take it head-on.

The Springville head coach enters his third year with the program, and his first as a member of Class 6A. He and the Tigers took the step up from 5A when the AHSAA Board of Central Control approved its reclassification and sports alignments last December. Graben said he was surprised to see Springville make the jump, but was relieved to see three of his Region 7 opponents (Arab, Scottsboro and Southside-Gadsden) coming up with him.

“In that region, there are three other teams that are moving up with us,” said Graben. “So it’s Oxford, Pell City and Fort Payne that have been there for a while, but us, Scottsboro, Southside, Arab, we’re all about the same.”

His players welcome the challenge of 6A football.

“Our kids have approached it with the attitude of ‘heck yeah, I’m a 6A quarterback,’” said Graben.

Senior Pearson Baldwin will once again be taking the snaps for the Tigers in 2020, and according to Graben, his dual-threat quarterback is the straw that stirs the drink. Baldwin was named to the honorable mention list of last year’s All-Tribune Team.

“Pearson had a great year last year,” said Graben. “He’s a runner and a thrower. He’s our best running back, so we’re trying to take advantage of him running the ball and throwing it.”

Graben says his rising senior has developed as a passer this offseason while attending different camps.

“Our whole offense will run through him,” said Graben of Baldwin. “I know teams will do some things to take away from him, and so if it does, we’re confident in our running backs to take that on.”

Graben also pointed to pass-catchers Landon Ho and Ben Bianchi, who both joined him at St. Clair County Media Day in July.

“Ben (Bianchi) is a huge weapon at tight end,” said Graben. “He’s also an all-county basketball player, so he wreaks havoc out on the basketball court and on the football field. He scored about six touchdowns for us last year.”

Bianchi sees himself as a well-rounded tight end, willing to block when called upon or to get involved in the passing game.

“Landon (Ho) has had a great summer camp and catches everything that’s thrown to him,” said Graben of Ho, who is coming back from a leg injury that limited him last fall.

Graben emphasizes the need for his team to stay healthy, unlike it did in 2019 when the club lost four starting linebackers to various injuries.

“We ended up with two 14-year-old kids playing linebacker in 5A football, in grown-man football,” said Graben, who enters this third season with 95 players on his roster.

He does believe that misfortune at linebacker last year can help his outlook in 2020.

“Because we lost so many linebackers last year, we had to play a bunch of younger guys and they are all back,” said Graben. “I really think defense will be a strength for us.”

He is particularly excited about his defensive front, which brings back a pair of 300-pounders. Big improvements are expected from a secondary that started a trio of sophomores last season.

“I think all of us have matured over the past year, just getting bigger, stronger and faster, especially the secondary,” said Baldwin. “It was their first time starting last year and you could tell they were a little nervous at first, but then when we came back in July, you could tell how much they’ve matured.”

The entire starting secondary is back, including Johhn Wolf, who according to his coach, will play more than 40 pounds heavier this year as a junior.

With a little luck on the injury front, Graben thinks his group can be a competitive 6A football team.

“That’s the key is health,” he continued. “We have some spots where we might could take one or two injuries, but that’s about it.”