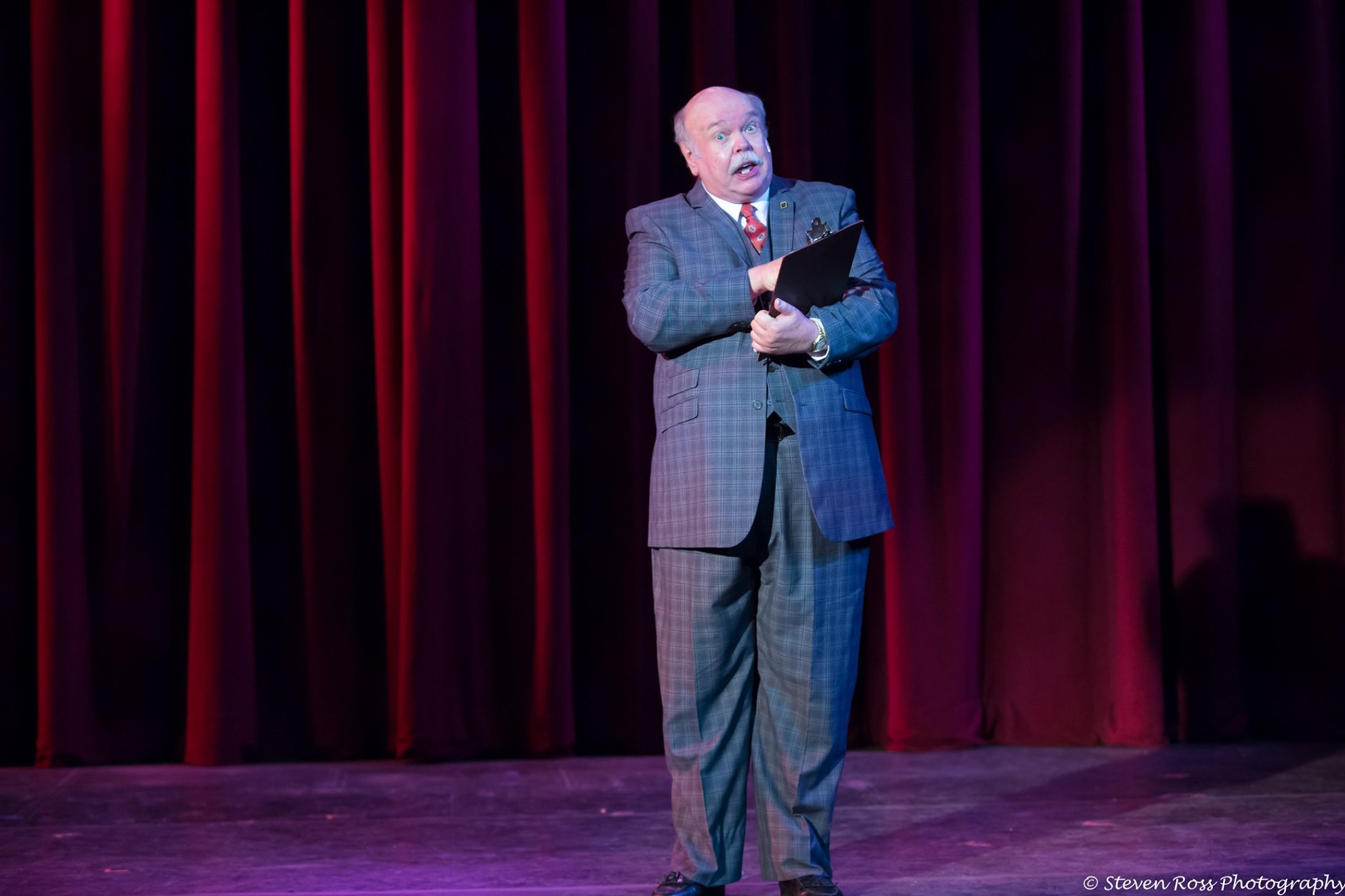 TRUSSVILLE — How does one write a story about an unbelievable character…a seemingly perfect human they’ve never met? It is too often we learn of incredible creatures in our midst when it is too late to experience what they have to offer.

Hal McIntosh, who taught theater, was more than a teacher and a friend. For those who knew him, he was family. He was a shining light in lives that would otherwise be unknowingly dull. How can we know how great a moment is if we never realize its impact? Only those who change us for the better are worthy of such great recognition. 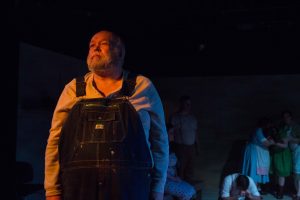 For many years, McIntosh touched the lives of students at Hewitt-Trussville High School and at Clay-Chalkville High School. He kept in touch with many former students who said he made a difference in their lives. But on Monday, Aug. 17, 2020, he died after a battle with coronavirus.

One of the former students that was close to McIntosh was James Keith Posey. Although Posey lived over 100 miles from his dear friend, he never let distance get in the way. McIntosh said himself on Facebook, “There just aren’t many people who are blessed to have a friend like Keith.”

Posey met McIntosh when he was a sophomore at Hewitt-Trussville High School.

“Yes, he was my teacher but he just all of a sudden became my friend,” Posey said. “It was kind of amazing. We had a close relationship for the next 30 years.”

Posey went onto a successful acting career in New York City. When he left the stage and became a pastor, Posey said the support from McIntosh didn’t end.

“He was just always by my side,” Posey said.

McIntosh also took in Posey’s wife and his four children as their own.

“He has been the greatest friend that you could ever have,” Posey added. “We were so close and our lives were so connected. He saw each other often. 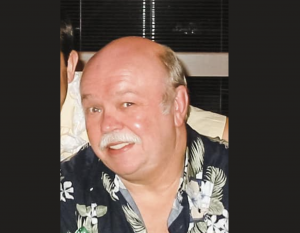 Posey said he knows McIntosh would want more than anything to know that his brother Larry is being taken care of. Posey and his family have committed to seeing to it that Larry, who lives with special needs, will be okay,

On Facebook, McIntosh, also known as “Mr. Mac” posted about his cherished friendship with Posey and he kept friends updated on his life since retirement. While taking care of his brother Larry, McIntosh was sure to share the highs and lows of everyday life.

Now, it is on Facebook where those who were closest to “Mr. Mac” are going to express utter heartbreak after his tragic death following complications from coronavirus.

“Mr. Mac…A guy with a big heart and a kind soul. Thanks for the memories and always sending a birthday message. You will be missed, sir. This from a former student from 31 years ago,” posted Michael Woods.

Tanya Dutton, a student who first met McIntosh in the summer of 1987, remembered being in ACTA’s production of “Oliver”. She had just finished 7th grade and said even then, McIntosh was a positive influence on her life.

“I already had an interest in theater, but this was a turning point in my life,” Dutton said. “I was mesmerized by the way he lit up the stage, his art of bringing a character to life, and how he connected with the audience to bring empathy, laughter and joy.”

Dutton said after that summer, she realized she wanted to be involved in theater for the rest of her life.

“It’s one of those things where you don’t really think about it until they’re gone,” said Jamie Cottle. “When there’s a constant presence, you operate under the assumption that this is the way things are always going to be. Suddenly, they’re not it’s a shock to see the size of the hole that’s left.”

Cottle said when he moved to Trussville from Virginia, McIntosh made him feel welcome.

“Despite the fact that I was brand new and didn’t know anyone from Adam, he welcomed me right in and made me a part of the class and part of that fall production.”

That first production was “I Remember Mama.” Cottle played an older uncle who was looking after a family. Cottle said that was the first time he thought about character instead of just reciting lines.

“He was big into the craft of theater and actually getting people to think in those ways,” Cottle remembered.

McIntosh passed away on Monday, Aug. 17, 2020. His funeral will be on Wednesday, Aug. 26 at First Baptist Church Trussville. Visitation will be at 10 a.m. and services begin at 11. There will be a private burial at the Alabama National Cemetery in Montevallo.

There will also be a memorial event at Clay City Park’s football field on Sunday, Aug. 23, from 12 p.m. until 2 p.m. The field is located at 7295 Old Springville Road.

As is with every great act, there must be an ending, but memories live forever.

Below are more submitted tributes to “Mr. Mac.” To submit a tribute, email news@trussvilletribune.com.

Mr. Mac had the extraordinary ability to make everyone feel accepted and valued. He saw traits and abilities in his students that many of us didn’t recognize in ourselves, and he helped us realize that potential. We are all fortunate to have had such a thoughtful, good humored, and loving friend.

Mr. Mac was my teacher and my dear friend. The thing I remember most about him is how he made everyone around him feel. Like you were important, special, valuable. When you walked into his classroom or onto the stage with him, he accepted you for who you were. Then he gave you the room and encouragement to become who he knew you could be. Through his passion as an actor and director, the dedication to his students, and the bond he shared with his brother Larry he exemplified a life of acceptance, understanding, and love. While I learned so much about acting and the theatre from Mr. Mac, the greatest thing I learned from him was to love people where they are and for who they are. He taught me the that people matter. Relationships matter, and I am a better person for having had him in my life.

“I always appreciated Mr. Mac’s encouragement. Doing a play, or a scene in class is pretty intimidating but he made you feel like you could do it and I never saw him tear anyone down. He had a huge impact on my life and the path I took because he made me feel like I could actually do it! He came to other shows I was a part of, and that always meant a lot. You always knew he was in the audience because he had the biggest, most contagious belly laugh. He was such a great actor too. I remember seeing him in Summerfest shows- The Wizard of Oz and Music Man, I think. Super funny!

The other night when I heard he was really sick, I started thinking about how we would go to dress rehearsals at UAB,either Bell Theatre or Town & Gown, with him (I remember The Glass Menagerie, Dancing at Lughnasa, La Ronde and Assassins) and then maybe the Purple Onion. And then there was the staying at school ridiculously late to make a show happen, but those are some of my best memories.“

Hal had been working at Aland’s Department Store at Eastwood Mall, and Mr. Carter discovered that he had a degree from Auburn and helped him secure a job as theatre director at Hewitt. What a phenomenal decision of the Jefferson County Board (HT was not a separate system then) because Hal blessed so many young people from 1986-1996 by instilling in them a love of theatre.

In 1996, Hal transferred to Clay Chalkville High and became an outstanding for 19 years (1996-2015)!
I had the pleasure of teaching with him for 13 years and witnessed the phenomenal impact he had on so many young people’s lives. Although he was very demanding on stage, he was a close friend to every student to whom God entrusted to him. Even the students he did not teach felt as if they could talk to him.

Last summer when my husband died, I asked Hal to read my daughters’ tributes to their dad. He was so compassionate and ministered to us on that day that our world seemed as if it were falling apart. I will always be eternally grateful.

Keith Posey, a former student at Hewitt, has remained Hal’s best friend over the years and is making his final arrangements as you probably know. Kim Posey, his sister, was Hal’s choreographer for most of Hal’s Clay Chalkville productions. Sylvia Posey, the mother of these amazing young people, has opened her home and heart to Hal and Larry, his brother for many years.

The world has lost an amazing man and friend who has positively impacted Hewitt and Clay Chalvilke students, faculty, and the community.

Our hearts at Birmingham Festival Theatre are heavy today upon learning of the passing of Hal McIntosh. Hal was a wonderful board member, always lending a helping hand. He loved children and made the best Santa anyone could ask for. Hal was a retired theatre teacher and touched so many lives. He was truly a pillar in the Birmingham community. We are deeply sorrowful he has found his light for the final time. Please send your love and prayers to his family and friends during this impossible time.

Hal and I met in our first semester of college, more than 50 years ago. We became friends, and roommates at Montevallo. Hal’s first love all those years ago was of course theater. He also had a love for history. I have a million memories from college until his passing. Hal was always kind and caring. He was almost always cheerful. He cared greatly. He cherished his friends. He cherished and loved his students, while he taught them, and his encouragement of them and his friendships with them lasted long after they graduated. I’ve never seen brotherly love like the love Larry and Hal had.   They cared so much for each other. They took care of each other.

Those of us who knew Hal are better people because he was in our lives. Some rare people are just kinder, more empathetic, and more decent than the rest of us. Hal was such a special man.