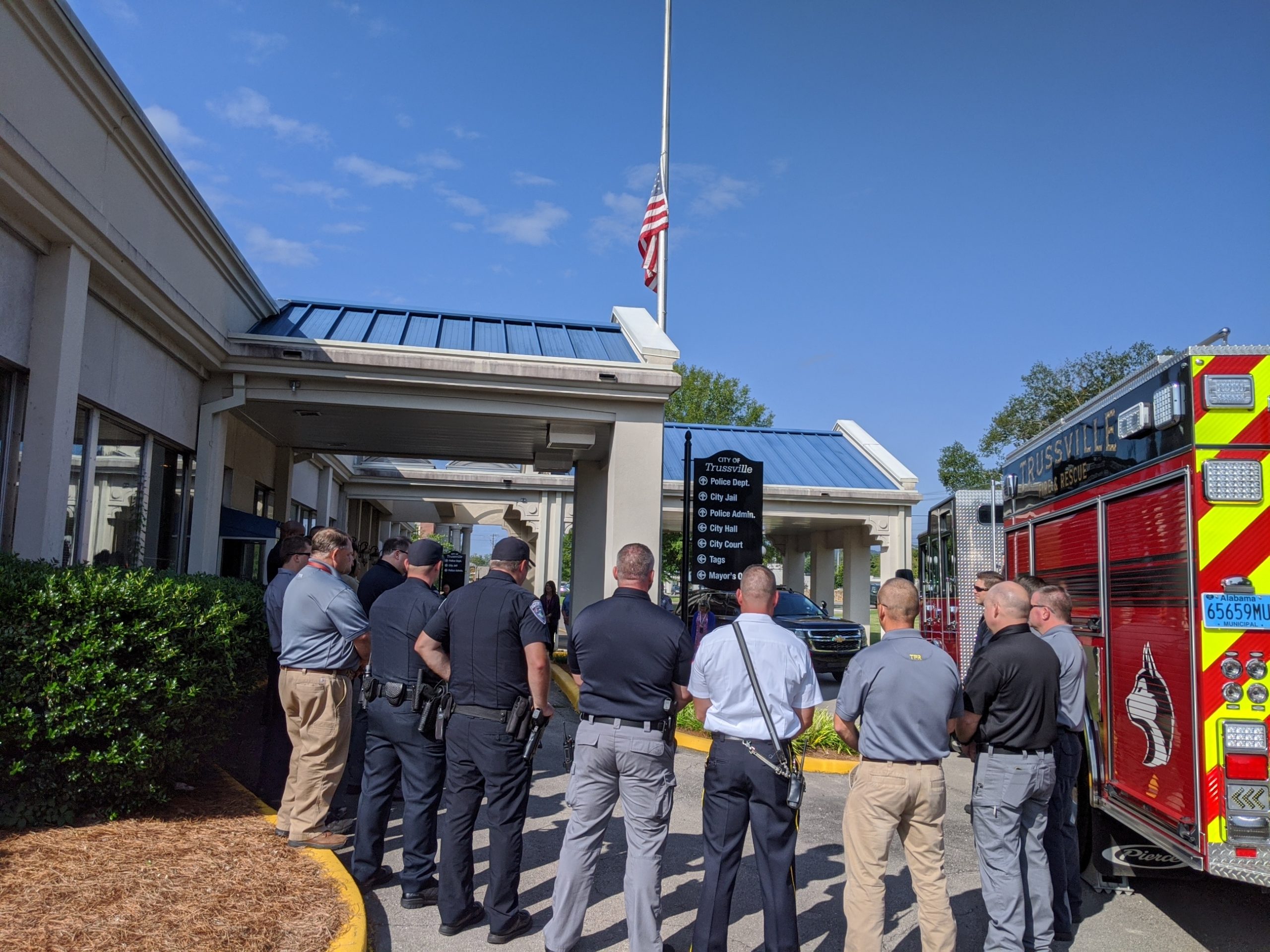 TRUSSVILLE — First responders in Trussville gathered with Mayor Buddy Choat and City Hall employees to remember the 19th anniversary of 9/11.

With the flag lowered to half staff, Mayor Choat held a 2-way radio that sounded a tone at 9:28 a.m. followed by a recap of the events of the fateful day on September 11, 2001.

Two planes hijacked and piloted by Muslim terrorists struck the World Trade Center in New York and another hit the Pentagon in Washington. A fourth plane crashed in a Pennsylvania field when passengers fought the hijackers and forced the plane off of its intended course. In all, 2,977 people were killed and another 6,000 injured in the deadliest terror attack in world history.