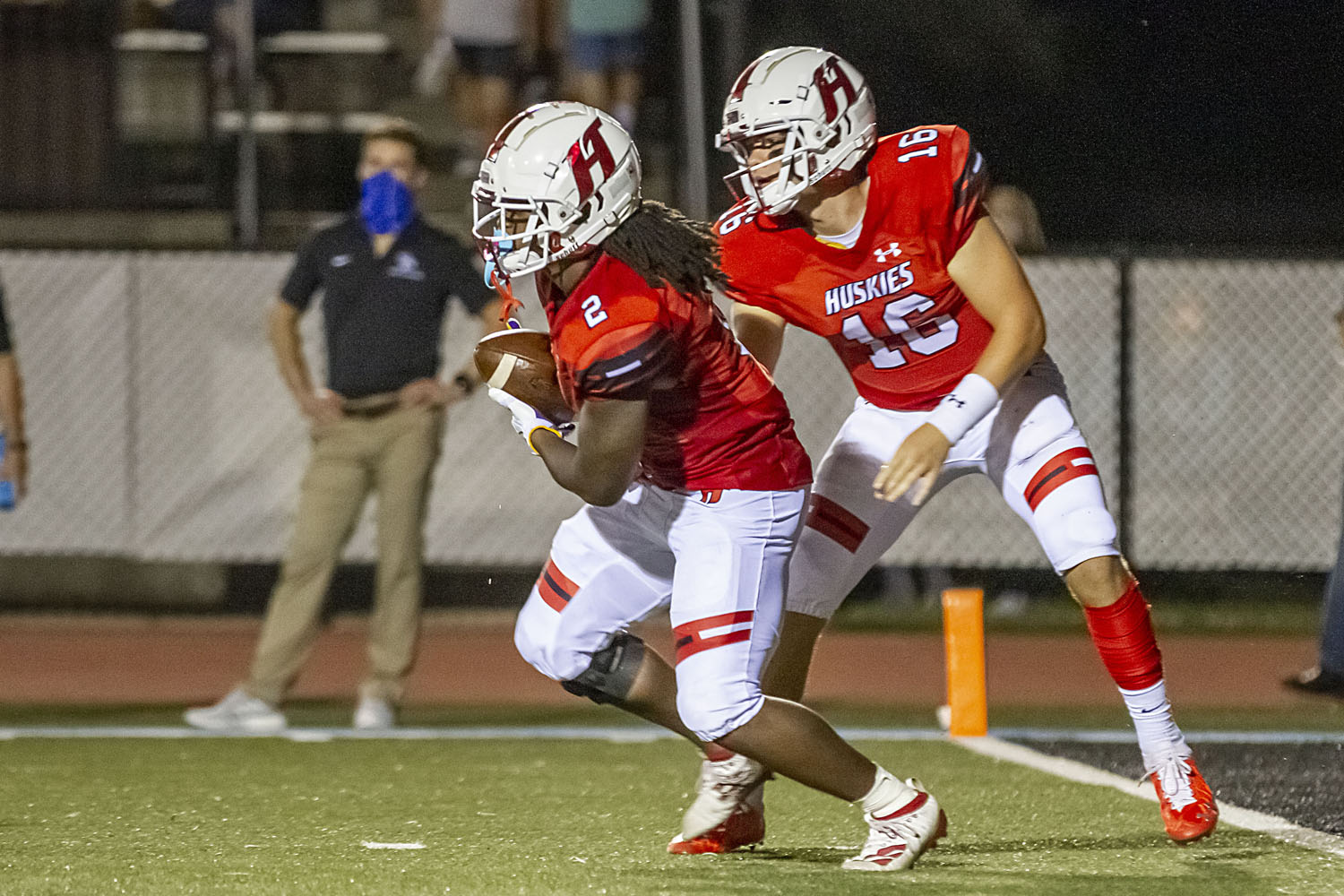 Hewitt-Trussville running back Armoni Goodwin (2) takes a handoff from quarterback Cade Ott Carruth (16) during a 45-13 win at Spain Park on Sept. 4, 2020. Photo by Ron Burkett

TUSCALOOSA — It was a dominant second half for Hewitt-Trussville.

The second-ranked Huskies poured six touchdowns on in the final two frames to knock off Tuscaloosa County 50-18 Friday night at Wildcat Field. With the win, Hewitt-Trussville improves to 4-0 overall, including a 2-0 mark in Class 7A, Region 3.

Senior running back Armoni Goodwin set the school’s career rushing touchdown record (31) on his way to another stellar performance. Goodwin’s 31st career score–the record-breaker–covered 9 yards and put his Huskies out front 14-3 in the third quarter. The Auburn commit ended the evening with 215 yards rushing and three scores, improving his career rushing touchdown count to 33.

Sean Jackson also provided in the Hewitt-Trussville backfield, powering ahead for 96 yards and a score.

The Huskies trailed 3-0 at the end of the first and took their first lead at 7-3 midway through the second after Connor Thomas set the scene with an interception. Quarterback Cade Ott Carruth took advantage with a 6-yard keeper for the game’s opening touchdown.

Hewitt-Trussville went to the break leading 7-0.

Defensively, the Huskies continued their hot start with four interceptions on Friday night, including a Mike Edwards pick-6 in the fourth quarter. Edwards finished with two interceptions to go with one apiece from Jackson Holland and Thomas.

Hewitt-Trussville welcomes in top-ranked Thompson next Friday night for its home opener. The Region 3 clash will be aired live on ESPNU.