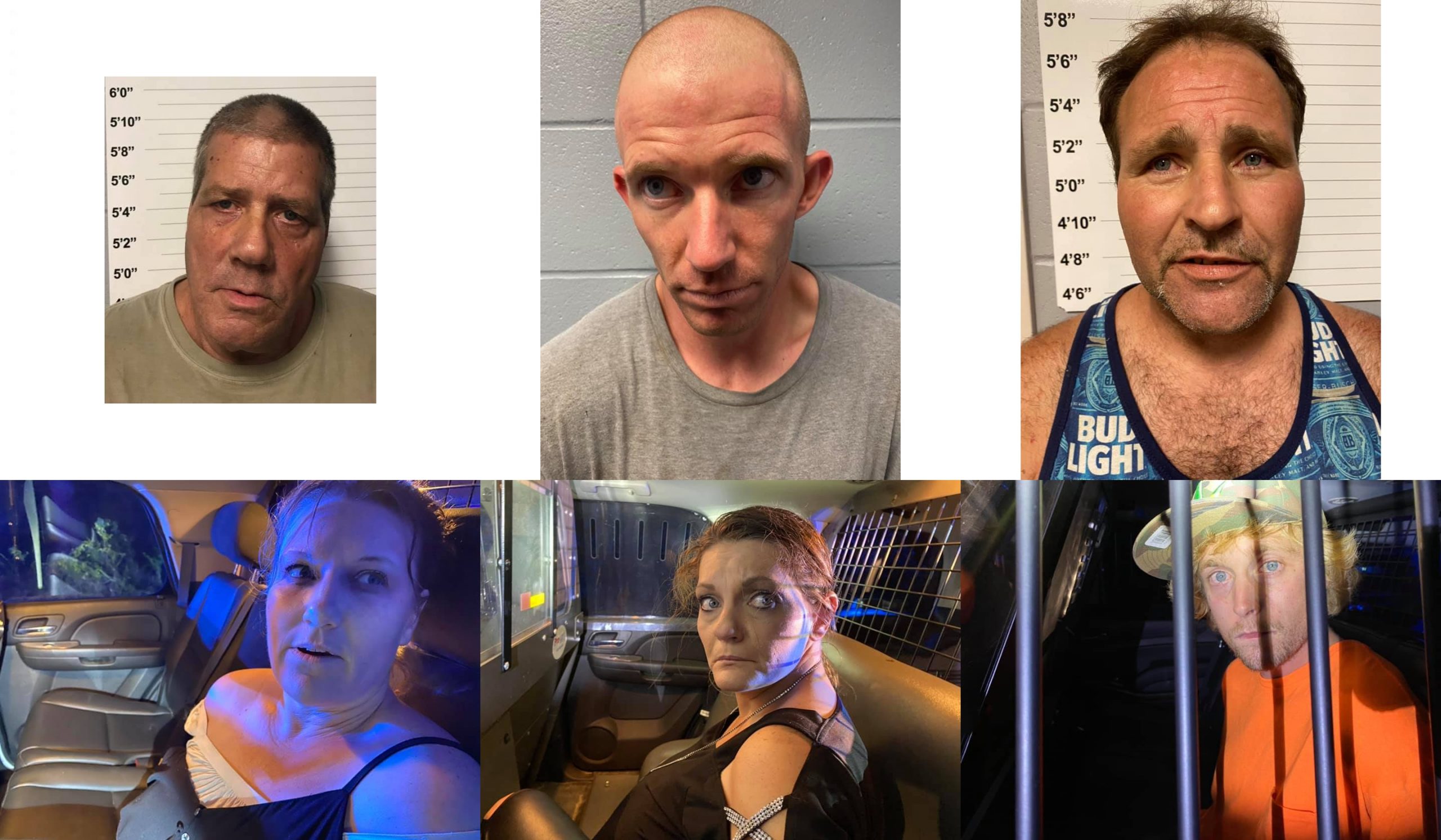 BROOKSIDE — Six carnival amusement and concession stand operators in Jefferson County are behind bars after police in Brookside said they discovered a pot growing operation, counterfeit $100 bills, weapons and a large cache of stolen items.

Police said that at approximately 7 p.m on Monday,  Brookside patrol officers followed a LoJack alert and located a stolen truck from Cullman at a residence in the area of Brookside-Coalburg Road. 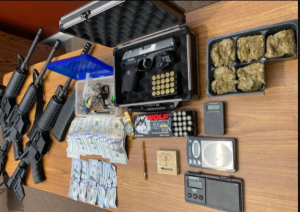 When police made contact, four subjects were taken into custody, but two people fled the scene. One of the fleeing suspects was armed with an illegal sawed off shotgun. While securing the scene officers located a marijuana grow farm.

Additional officers, including Brookside K9, narcotics agents and tactical units, responded to the scene and continued the search for the armed suspects. Just after 1 a.m., officers located the fifth suspect jumping into the backseat of a passing vehicle not related to the scene. He was immediately taken into custody.

At approximately 4:30 a.m., the K-9 units found the sixth suspect hiding in the woods and he was taken into custody.

Tactical units executed a search warrant at the property on Tuesday morning.

Two of the AR 15 rifles were reportedly stolen in Georgia.

Alabama Power investigators also identified stolen property on the scene as a part of their internal investigation. All six suspects were arrested and transported to the Brookside Jail pending numerous felony charges, police said.

According to Brookside police, the subjects operate fair amusement and concession trailers at large events such as Rock The South, national marijuana grow events, fairs, and festivals.

A seventh suspect was arrested on the scene identified as Mark Pettit who was attempting to assist the fleeing subjects escape. Pettit is also linked to numerous theft and burglary cases in the Birmingham metro area, police said.