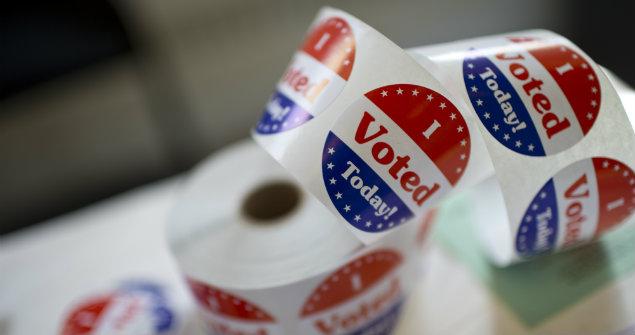 ST. CLAIR COUNTY — When voters in St. Clair County go to the polls for the Nov. 3 General Election, there will be an extra amendment on the ballot concerning school districts.

The amendment to allow a district option means those in each school district in the county can choose to impose an ad valorem increase for schools within the school zones. The option would not mean a tax increase would be imposed, only that citizens in each district may be allowed to vote for an increase ad valorem between 1 – 20 mills, in the future. 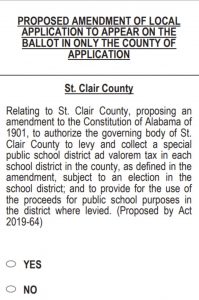 If a vote were to take place at a later date, the tax increase would be based on property values. Proceeds would go directly to schools within the district.

St. Clair County has not increased the ad valorem tax for schools since 1960, according to Superintendent Mike Howard. The current ad valorem of 13.5 mills puts the county school system at 131 of 137 school systems in Alabama.

Howard identified shortfalls in funding and the impact those shortfalls are having on the 25 schools/buildings that serve 11,000 staff and students.

Shortfalls:
Currently, the St. Clair County School System needs approximately $291,000,000 for capital improvements. The system has an average of $200,000 per year above our state required 1-month reserve. Right now, it would take over 1,000 years to save enough money to improve upon all buildings within the county without additional revenues.

Voting yes would mean you support the district option. Voting no would mean you do not want districts to be able to vote on ad valorem tax increases in the future.