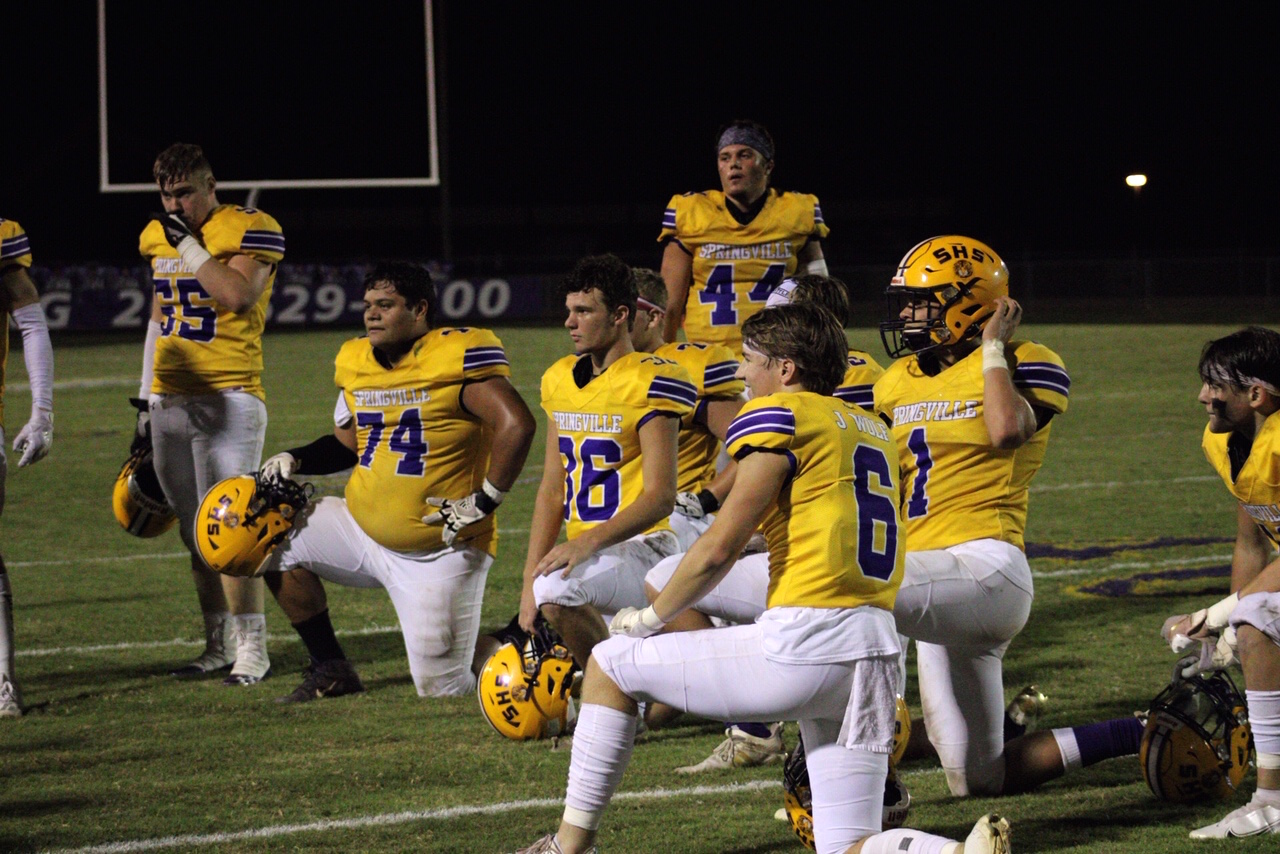 OXFORD — The Springville High School football team fell to 3-5 on the season with a tough loss to No. 1-ranked Oxford Friday night.

The Yellow Jackets (7-1, 5-0) scored the first 49 points of the game and coasted to a 63-6 region win. With Springville struggling to produce offense against a talented foe, Oxford quarterback Trey Higgins was moving the chains and finishing drives.

Higgins went 9-of-12 through the air for 147 yards and three touchdowns at home. He also ran for 89 yards and two scores on just three carries, according to al.com.

His favorite target was Tennessee commit Roc Taylor, who pulled down four receptions for 89 yards and two touchdowns. On just five carries, Oxford running back Keeshon Siaosi ate up 91 yards and finished with a pair of TDs.

The loss slides Springville to 1-4 in Region 7 play and appears to put them on the outside looking in at the Class 6A playoffs, which begin on Nov. 6. The Tigers finish up their season at home next Friday when Arab comes to town.