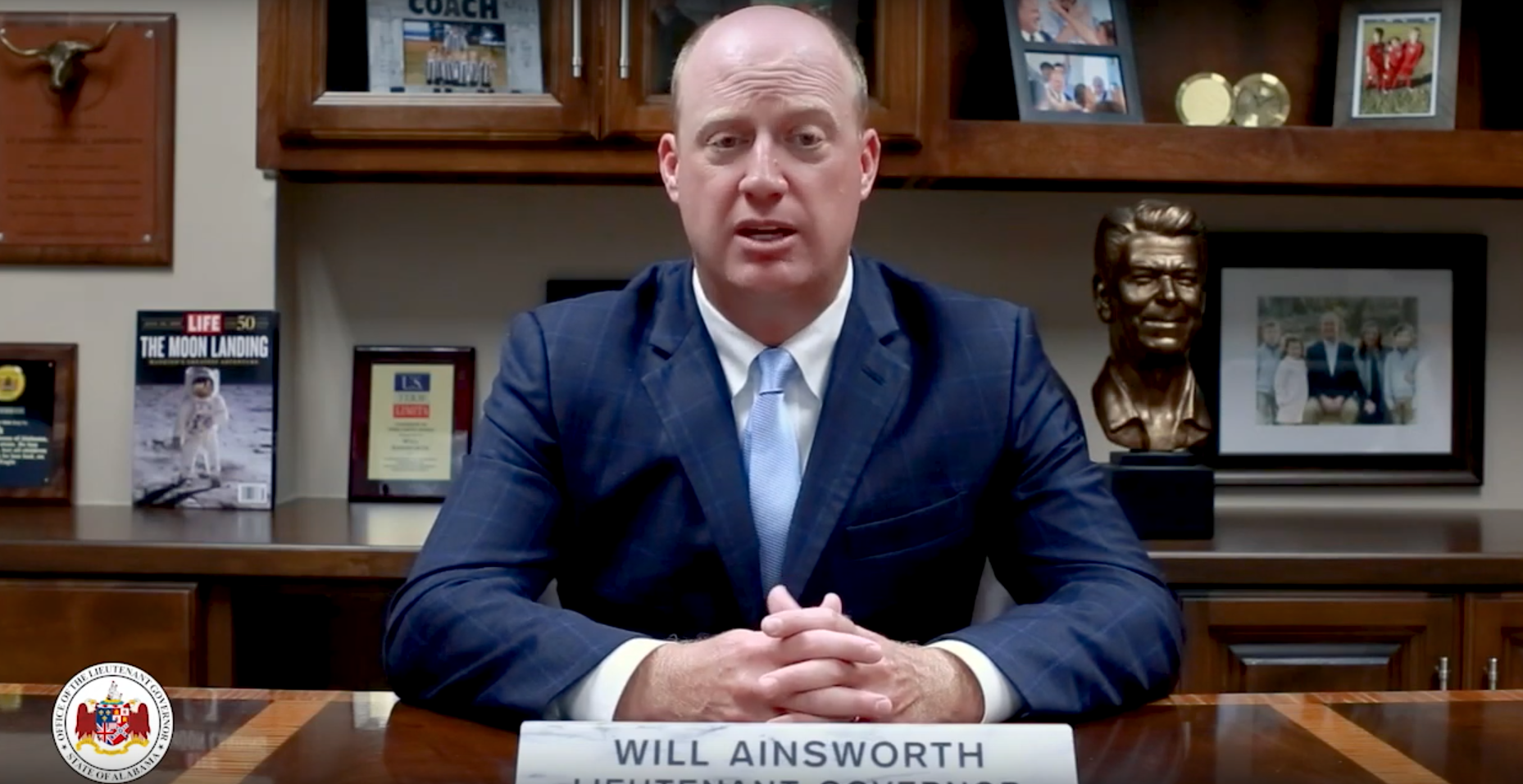 MONTGOMERY, Ala. (AP) — Alabama’s lieutenant governor announced Wednesday that he has tested positive for COVID-19.

Lt. Gov. Will Ainsworth said he had a positive test result but so far, he has no symptoms. He said he took the test after being notified Wednesday that a member of his Sunday school church group had acquired the coronavirus.

“Because I follow social distancing rules and wear a mask both in church and in my daily interactions, the positive result shows that even those of us who are the most cautious can be at risk,” Ainsworth said in a statement.

Ainsworth said he “will quarantine for the appropriate period and seek follow-up tests to ensure the virus has run its course before resuming public activities.”

“I appreciate the words of support that have already begun to be extended and am thankful for the prayers that are being offered for my recovery,” he said in a statement.

Numbers show the coronavirus pandemic appears to be worsening again in Alabama after weeks of improvement.

Nearly 175,000 people in Alabama have contracted the virus since the pandemic began and at least 2,805 have died.

The virus has been spreading at a quickened pace since early October, figures show, and around 840 people have been hospitalized a day over the past week, compared to around 750 a day in late September.

While the virus causes only mild or moderate symptoms for most people, it can be deadly for the elderly and people with other health problems.