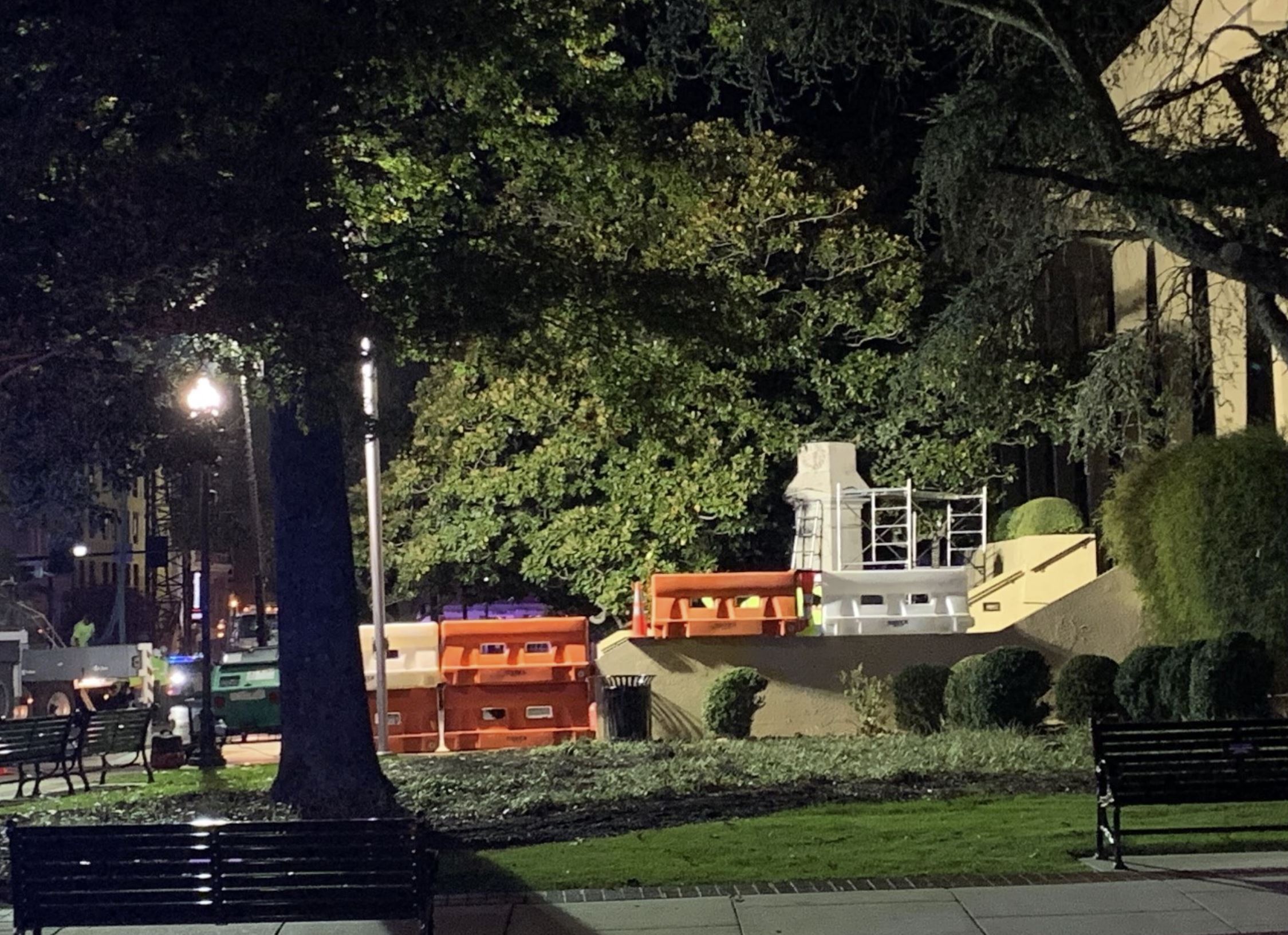 HUNTSVILLE, Ala. (AP) — A 115-year-old Confederate monument that was the subject of protests in Alabama this year was removed from outside a county courthouse early Friday.

News outlets reported that a small group of onlookers cheered at the Madison County Courthouse in Huntsville as crews took away the stone memorial, which was topped by the likeness of a soldier, in pieces. Music blasted during part of the work.

Demonstrators sought its removal amid nationwide protests against racial injustice following the police killing of George Floyd in Minnesota in May. City and county officials went back and forth over legal authority to take it down.

Madison County Commissioner JesHenry Malone, in a statement, said the county finally took action after a state commission created in 2017 to protect historic monuments failed to respond in a timely way to the commission’s request to remove the memorial.

“The staff of the Madison County Commission executed the plan outlined in my June 2020 resolution for the legal removal of the Confederate Monument,” he said.

First erected in 1905 by the United Daughters of the Confederacy, the monument is expected to be moved to a cemetery. It went up at a time when Confederate descendants were trying to portray the South’s cause in the Civil War as noble.

It’s unclear whether the county will have to pay a $25,000 state fine imposed in 2017 to discourage the removal of Confederate memorials.