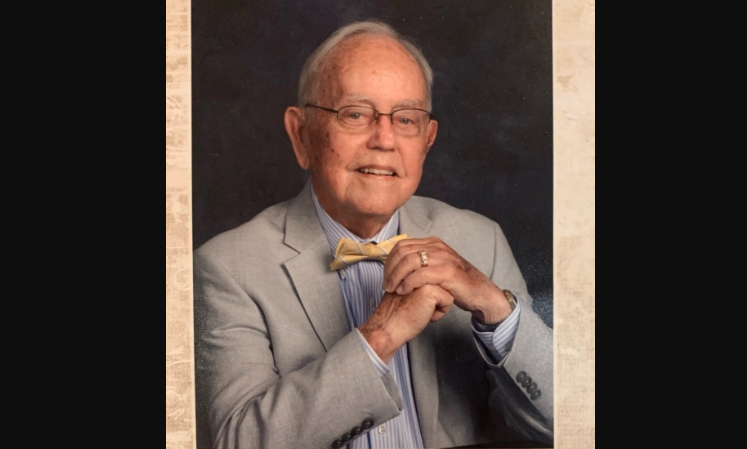 John Pete Self, 97, of Hoover, AL grew up in the little mining town of Brillant, Marion County, AL.

He graduated from Gulf Coast Military Academy, Gulfport, MS and proudly served his country in the U.S. Army during World War II as a Cryptographic Technician with signal intelligence in the Pacific Theatre of Operations and Gen. McArthur’s Headquarters.

He attended the University of Alabama on his G.I. Bill and graduated with a degree in accounting. He also graduated from the Birmingham School of Law and practiced law in Hamilton, AL for 35 years until he retired in 1988.

From 1959 to 1962 he served in the House of Representatives for the State of Alabama. He organized several banks and served as CEO of First Federal Savings and Loan Association for many years. He owned and operated Radio Station WEZQ in Winfield, AL.

He also started Marion Plaza Develop and Construction Co. and many other businesses. Pete was a Shriner and a member of Zamora Temple for 66 years, having joined in 1954 with #7140. He enjoyed Alabama Football, fishing, camping, square dancing, clogging and clowning.

He was the son of Nancy Elizabeth Underwood and John D. Self, Sr. of Brillant, Alabama. He is survived by his wife of 41 years, Margaret Marge Lovett Self; sons, Johnny Self (Robin) of Birmingham, AL, Bill Self (Ruthie) of Huntsville, AL and David Self of Montgomery, AL; grandson, Zachary Self of Pell City, AL; step-daughters, Karen Sullivan (Eddie) of McKinney, TX, Sharon Pepin (Charlie) of Midlothian, VA, and Mimi Campbell (Kyle) of Vestavia Hills, AL; eight step-grandchildren and 8 great great grandchildren.

Funeral services were held on Nov. 3, 2020 at Jefferson Memorial Funeral Home. It is requested in lieu of flowers that donations be made to Shriners Hospital for Children, Wounded Warriors or a charity of your choice.