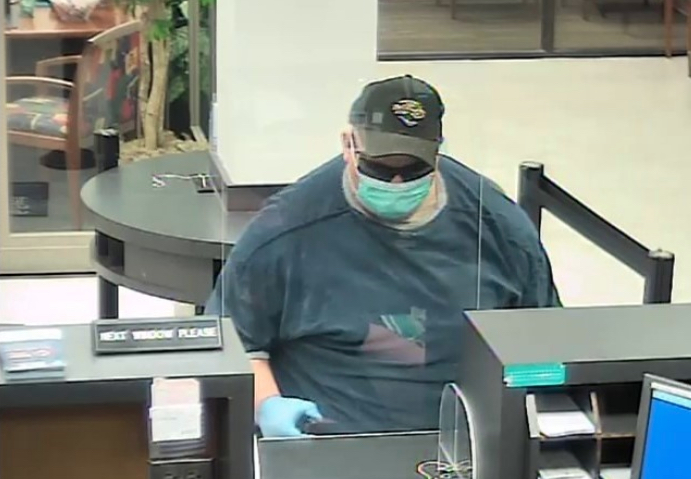 HOOVER — Police are asking for the public’s assistance in locating the suspect of two Wednesday bank robberies in Trussville and Hoover.

According to a report from the Hoover Police Department, officers were notified of an armed robbery that took place at the BBVA Bank located at 1560 Montgomery Highway in Hoover. The notification came in at around 12:21 p.m.

Police say witnesses described the suspect as a white male, wearing a black cap, sunglasses and a mask. The suspect is believed to have demanded money from the teller, while lifting his shirt to display a handgun, which was tucked into his waistband.

According to reports, the suspect gave the teller a plastic bag and ordered him to place the money in the bag. After obtaining the cash, he left the bank in an unknown direction of travel.

Authorities believe the suspect also attempted to rob a Pinnacle Bank in Trussville on Wednesday morning. The Trussville incident was reported at 10:53 a.m. from the Pinnacle Bank located at 2064 Gadsden Highway.

The suspect is believed to be approximately 50 to 60 years old, standing 5-foot-6 and weighing 250-plus pounds.