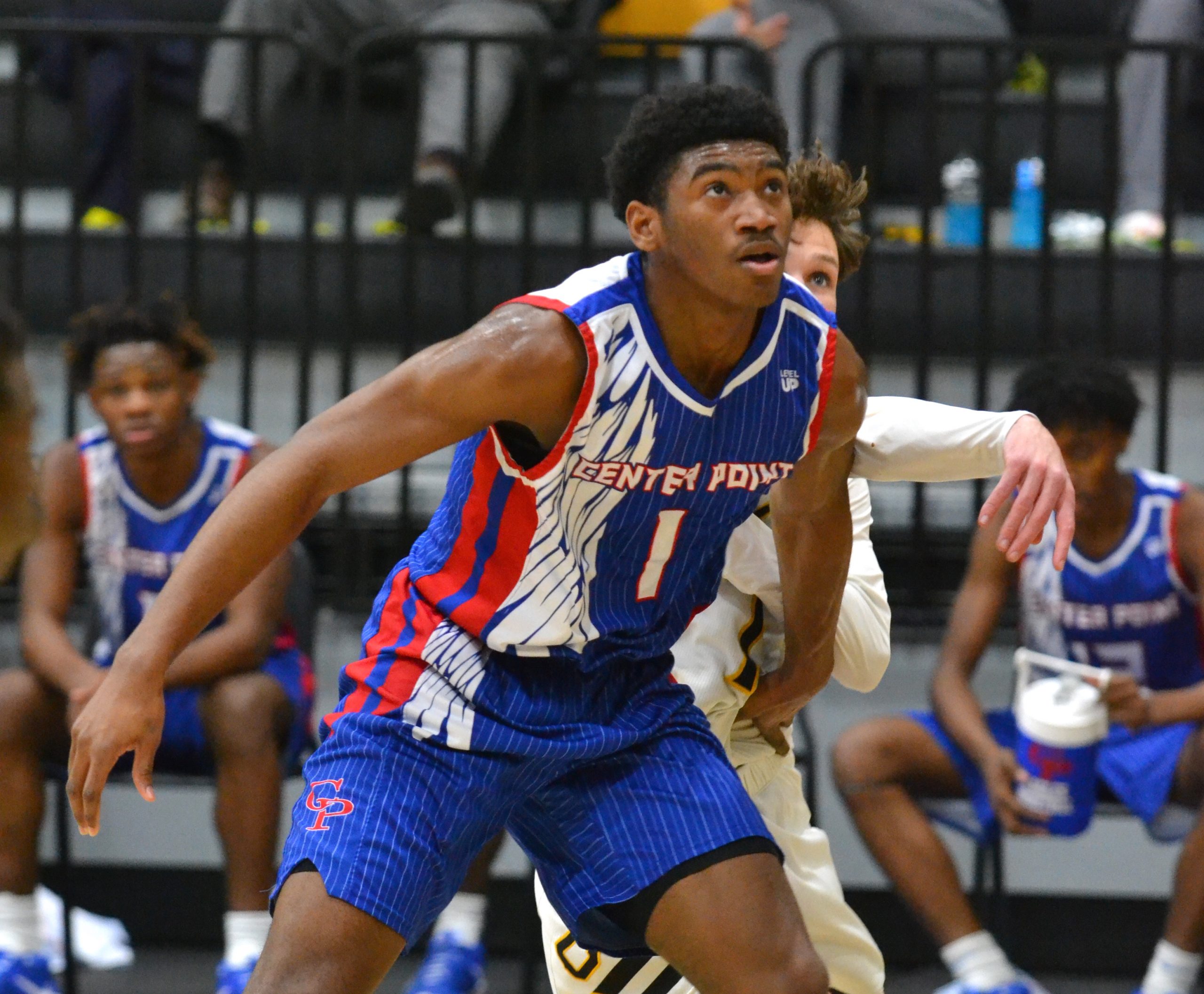 CORNER — Jordan Chatman poured the points in with ease on Tuesday night.

The Center Point senior attacked the basket with purpose, as his Eagles ran away with a 57-34 road win over Corner. Chatman posted a game-high 22 points and was among a trio of Center Point seniors to reach double figures in the scorebook.

Desmond Gaines followed Chatman with 12 points to go with 11 more from KC Irby Jr. on the road. The runaway victory bumps the Eagles to 2-0 in Class 5A, Area 12 play. 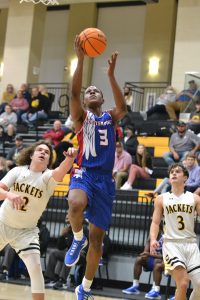 Center Point guard Desmond Gaines shoots in for a layup on Dec. 15, 2020 in Corner.
Photo by Erik Harris

It took about eight minutes for Center Point to find its offense and once it began to click, it wouldn’t stop. Chatman sank one shot in the opening frame, which ended in a 10-10 tie.

He took over from there, quickly spurring a 16-6 run that led to a 30-18 advantage at the half. The senior wing did plenty of damage in transition and also showed range with three 3-point makes as the difference swelled to double figures.

Chatman’s final trey came at the third-quarter horn when he drilled a contested heave from well beyond the arc, sending Center Point to the fourth up 50-28. The Eagles doubled up their hosts with 20 points in the third.

Chatman spent most of the final period on the bench, as Center Point coasted in for a decisive area win. The Eagles are back in action on Thursday night at home against Helena.