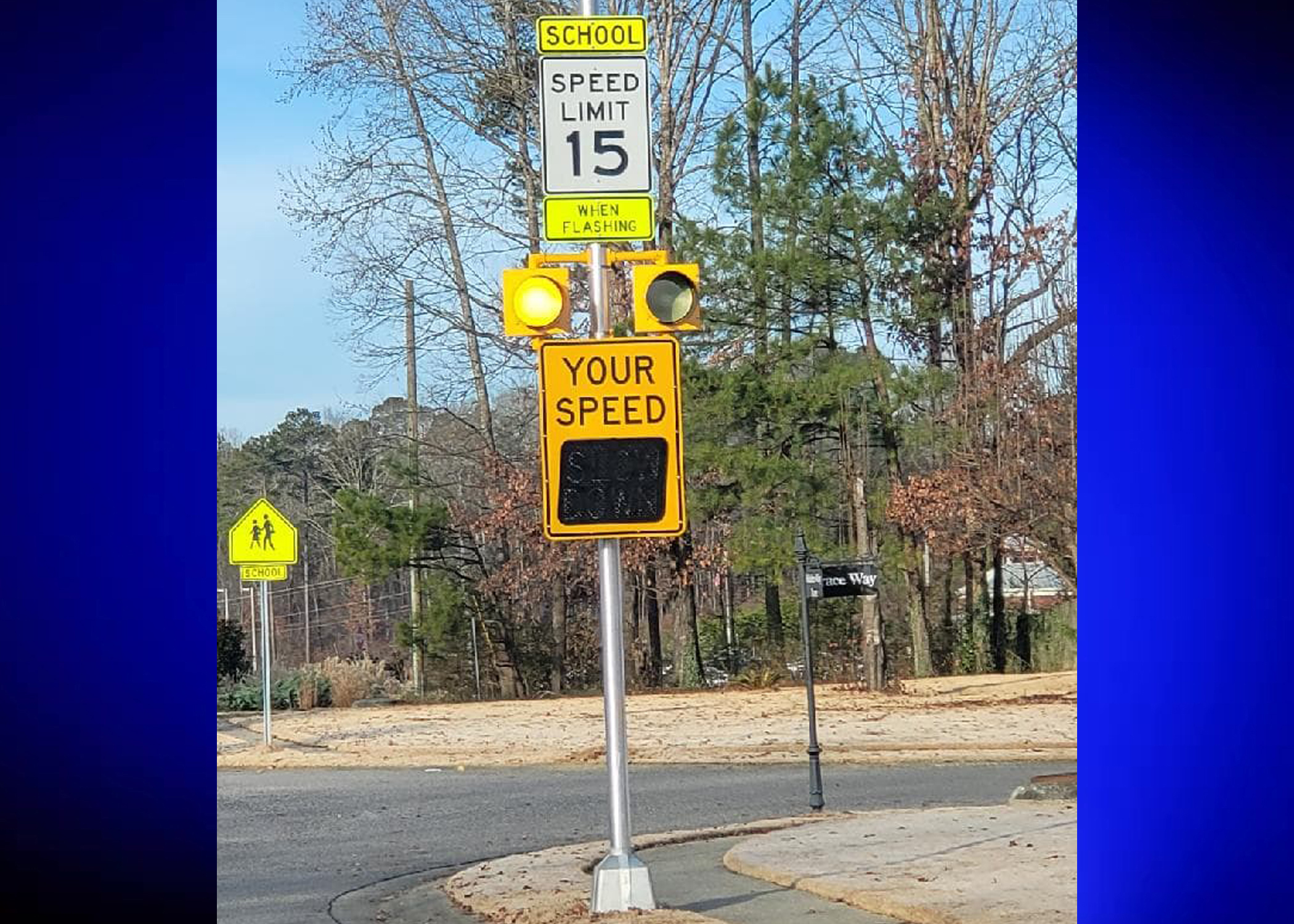 TRUSSVILLE — New school zone lights are up and running around schools in Trussville, after over a year of studies and planning.

The discussion first began in October of 2019, after residents behind Cahaba Elementary School voiced concerns at a city council meeting. After hearing the concerns, the city’s Public Safety Committee began discussing ways to ensure the safety of students. Police Chief Eric Rush said after a traffic study, it was determined that flashing lights could provide more awareness about speeding during times students are coming and going.

“We’ve been trying to get the school zone lights and the pedestrian signals for over a year,” Rush said. “Now it is obvious that you need to lower your speed and that you’re in a school zone.”

Trussville City Schools was able to secure $110,000 in funding for 11 solar-powered school zone signs. Flashers come on each school morning and afternoon when the speed limits in school zones are reduced for the safety of students and drivers. The signs also show the driver’s speed and alert them to “slow down” if they are speeding.

“I think the end result will be that the school zones will be safer and that people will slow down and pay more attention,” Rush added.

The school zone signs were installed and were in operation for the first time on the morning of Wednesday, Jan. 6, 2021.

“For some reason, people think you are supposed to stop at every single one of the intersections with the signage that is currently there, and other people just ignore them,” said Taylor. “So, we brought it up at Public Safety to say we had experienced an issue.”

“Especially at night, you will be able to see there is someone there,” Taylor said.

The council approved $61,000 in funding for 10 new pedestrian crosswalk lights off North Chalkville Road from Magnolia Street to Oak Street. Those signs are in the process of being installed.