“Overall violent crime was down about 27%”, said Pettway.  “We owe a great deal of this improvement to our citizens.  They continue to be engaged and keep us aware of what is happening.”

In 2019, the sheriff’s office investigated 14 murders in the Center Point area. In 2020, there were eight homicides investigated.

“By continuing to bridge the gap between the Sheriff’s Office and the citizens, we will achieve that goal”, added Sheriff Pettway. 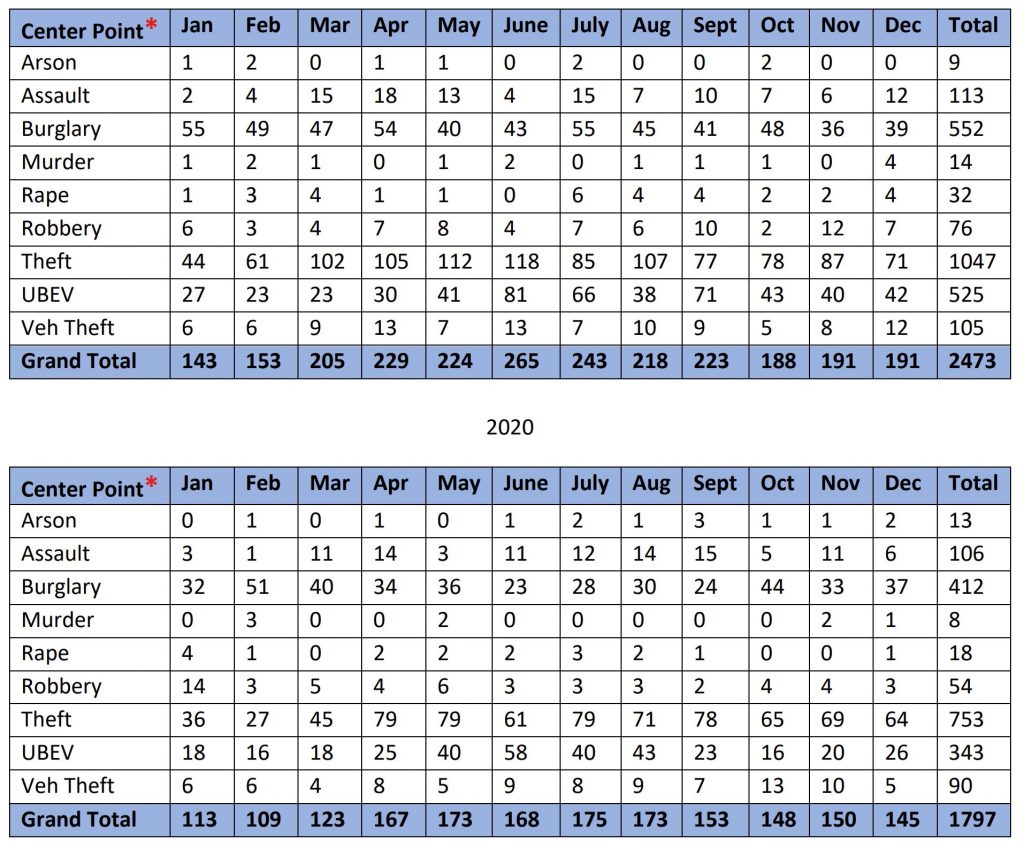