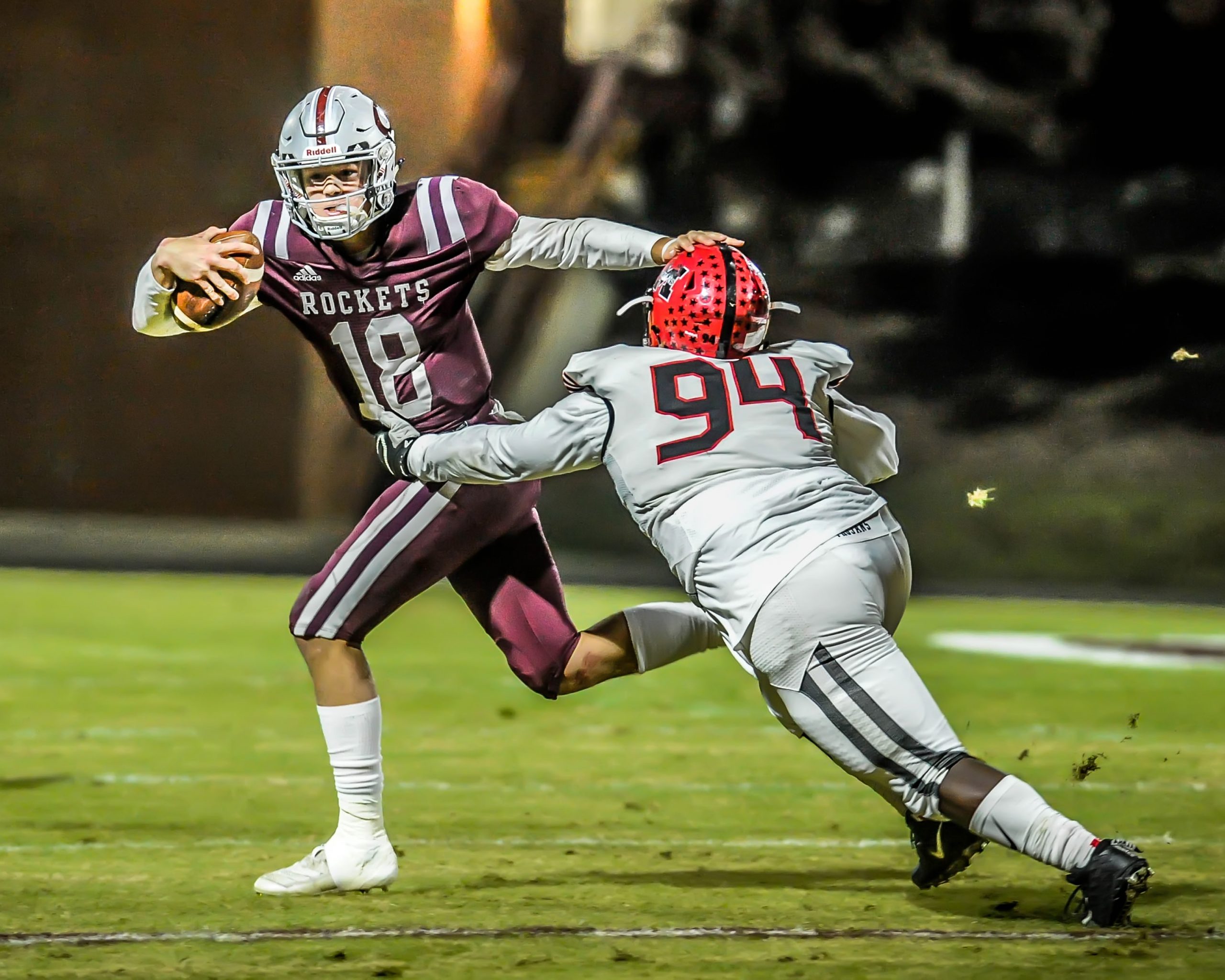 See who landed on the All-Region 6 Football Team

GARDENDALE — The 2020 Class 6A, All-Region 6 Football Team has been released.

As expected, the region’s Player of the Year nod goes to Pinson Valley senior Ga’Quincy “Kool-Aid” McKinstry, who was recently recognized as the Class 6A Back of the Year award winner. The 5-star Alabama signee stood out on both sides of the ball, gathering 616 yards in receiving while also returning two interceptions for touchdowns last season for the Indians.

McKinstry ended his prep career in Bryant-Denny Stadium, where Pinson Valley rallied back on Spanish Fort to win the school’s third state crown in four years. He was named the championship game MVP for his five receptions for 89 yards and a touchdown.

The region’s offensive MVP has been awarded to Gardendale quarterback Will “Goose” Crowder, who led the Rockets to a 9-3 season that ended in the second round of the playoffs. Crowder, standing at 6-foot-3, recently signed with West Virginia.

His teammate, Gardendale linebacker Kenneth McShan, pulled defensive MVP honors. The first-team all-state selection led the Rockets with 143 tackles, including five tackles for loss as a senior. He has signed with Air Force.

See the complete Region 6 Team below, including 16 Pinson Valley recipients to go with 12 more from Clay-Chalkville. 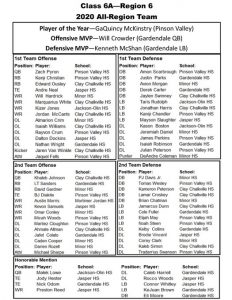