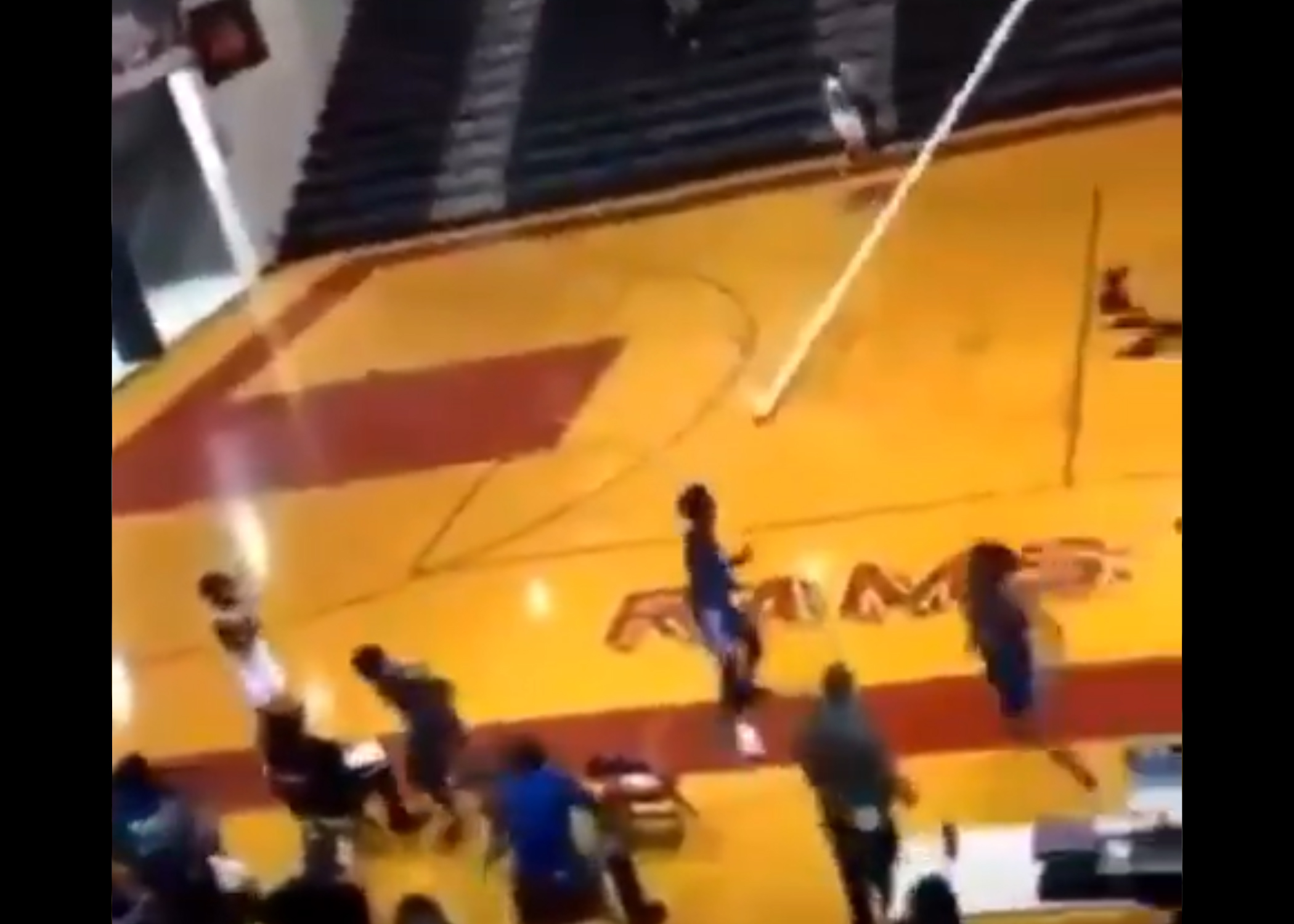 BIRMINGHAM – Keshawn Murphy tore the place down on Friday night.

The 6-foot-10 Mississippi State signee ended things early when he went up for a two-handed alley-oop dunk that brought the entire backboard down at Carver-Birmingham High School. See the video below.

A scary moment as the entire basket fell down.

The Shaquille O’Neal-esque dunk took place with 4:00 remaining in a Rams’ home game against Ramsay. According to the Ramsay Basketball Twitter account, the remaining minutes will be played next Thursday night at Ramsay.

Things could’ve been much more serious, as multiple players, including Murphy, narrowly escaped the falling backboard.

Murphy’s dunk has since gone viral, making an appearance on SportsCenter.