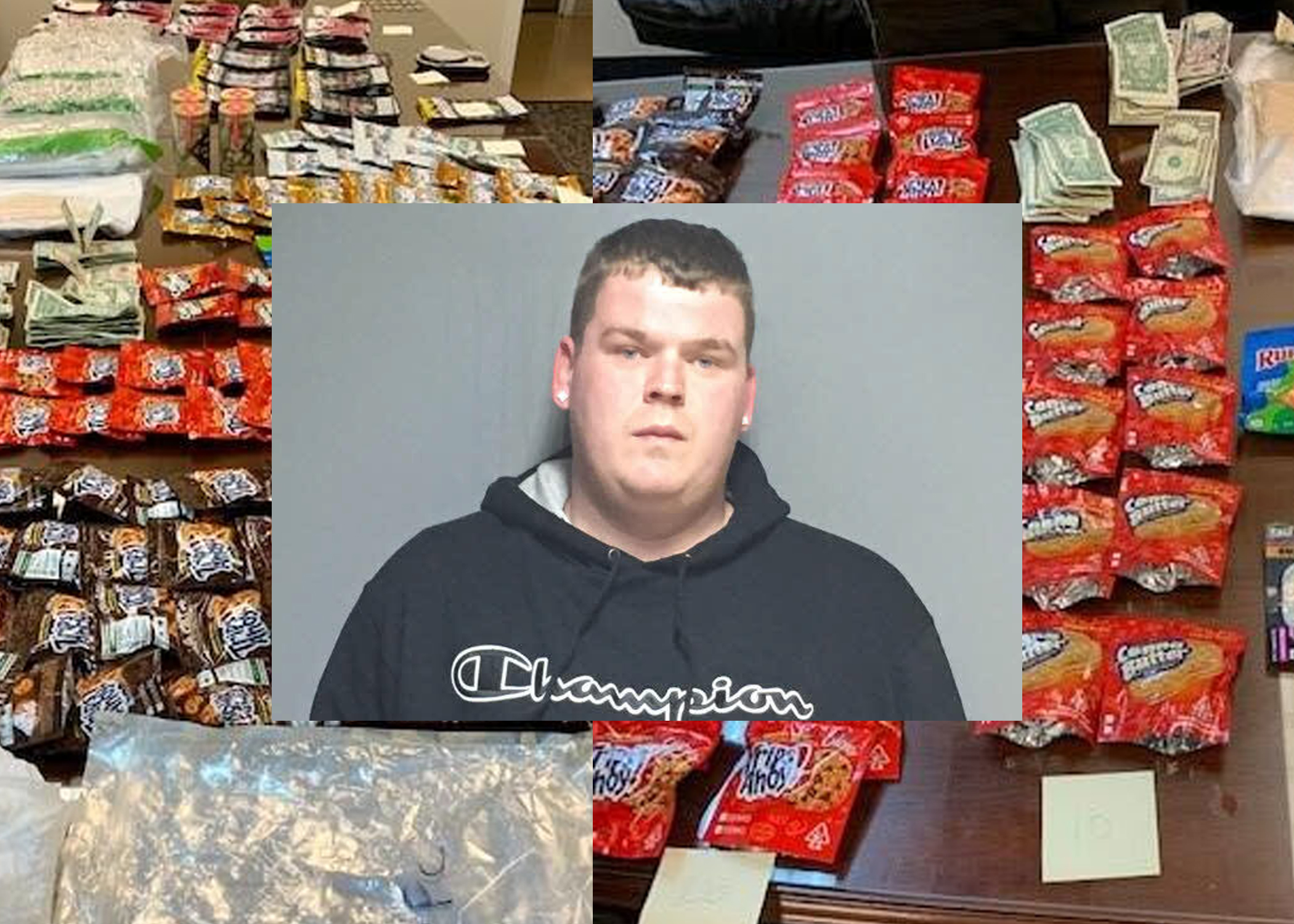 PELL CITY  — A South Carolina man was arrested in St. Clair County on Saturday, Jan. 23, 2021, on suspicion of drug trafficking.

At first glance, the edibles appear to be cookies and chips, but the disguised bags actually say “Trips Ahoy!” or use other similar plays on popular brands.

Seth M. Partin, 27, of Lexington, SC, was arrested for trafficking. He was placed in the St. Clair County Jail in Ashville where he was awaiting an appearance before a judge.