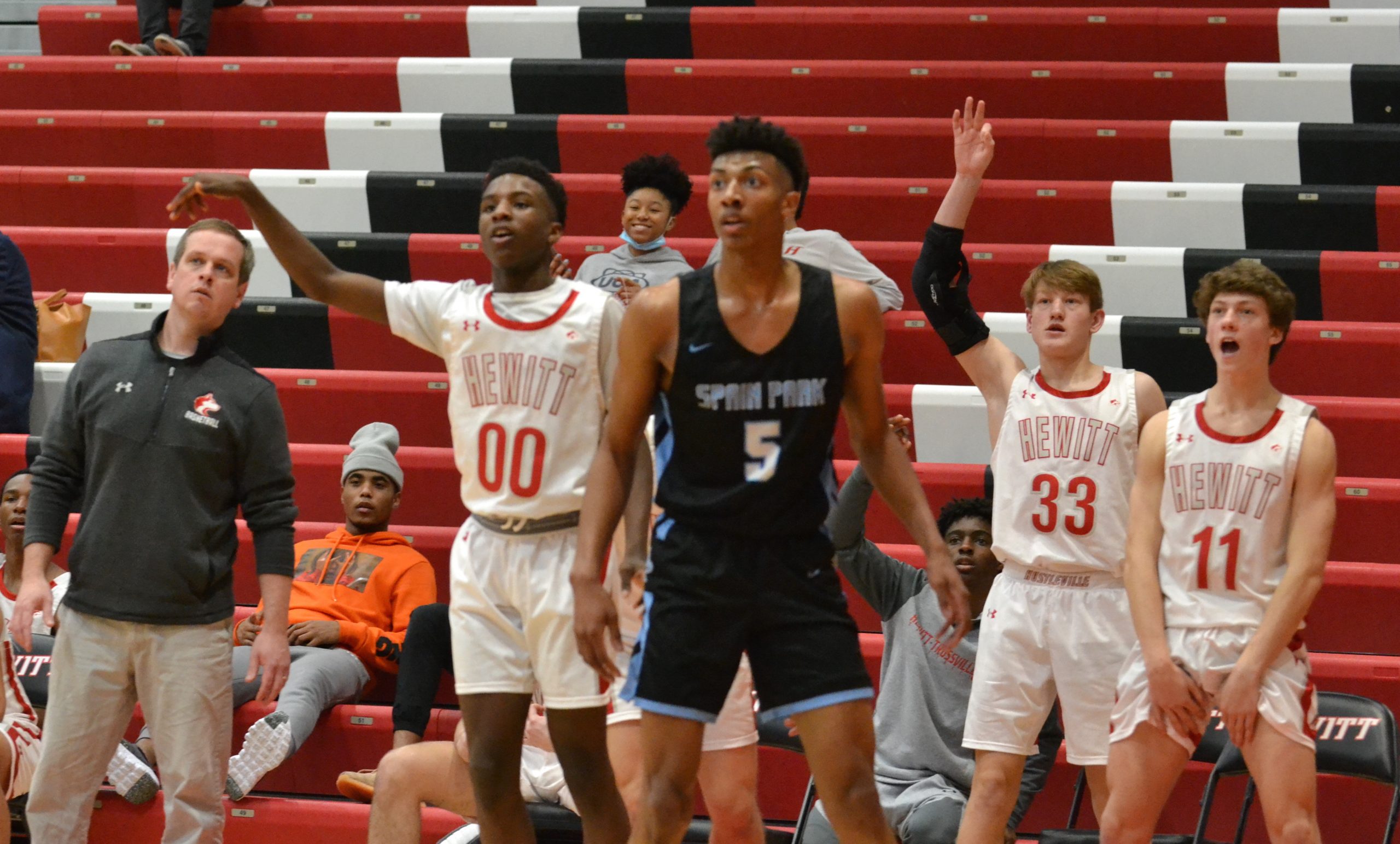 The Hewitt-Trussville bench reacts to a 3-point attempt from Raymond Rolley on Jan. 26, 2021. Photo by Erik Harris

TRUSSVILLE — The Hewitt-Trussville boys took third-ranked Spain Park down to the wire on Tuesday night in Bryant Bank Arena.

The Huskies put up 19 points in the fourth quarter to cut the deficit down to single digits, but their comeback bid fell a little short as the visitors returned to Hoover with a 63-57 Class 7A, Area 6 victory.

Spain Park separated early with a flurry of 3-pointers, including a 3-for-3 start for Blake Floyd that sent his team to the second quarter with a 20-10 cushion. Floyd would stretch the lead to 28-15 with his fourth triple midway through the period, but Hewitt-Trussville worked an 11-3 run to end the half down 31-26.

Huskies’ guard Karnell Smith closed the half with a buzzer-beating 3. Hewitt would beat the horn for a second time at the end of the third thanks to Raymond Rolley’s heave from the opposite end of the floor.

The deep bullseye drew oohs and aahs from both sides of the gym, but ultimately ended an otherwise dominant 22-12 quarter for Spain Park.

The Jaguars ran their offense through senior Cameron Crawford, who led all scorers with 27. Floyd followed with 12 points to go with nine more from junior center Colin Turner.

Hewitt would claw back in the final frame. The Huskies started on a 6-0 run thanks to a 3-pointer from Carter Hollis and a tough basket from Tyler Pickett. The senior duo carried the home team with 21 and 17 points respectively.

Pickett cut the deficit to 6 with a late triple from straight on, but that’s as close as things would get. Crawford shot inside for two timely buckets to secure the win for Spain Park.