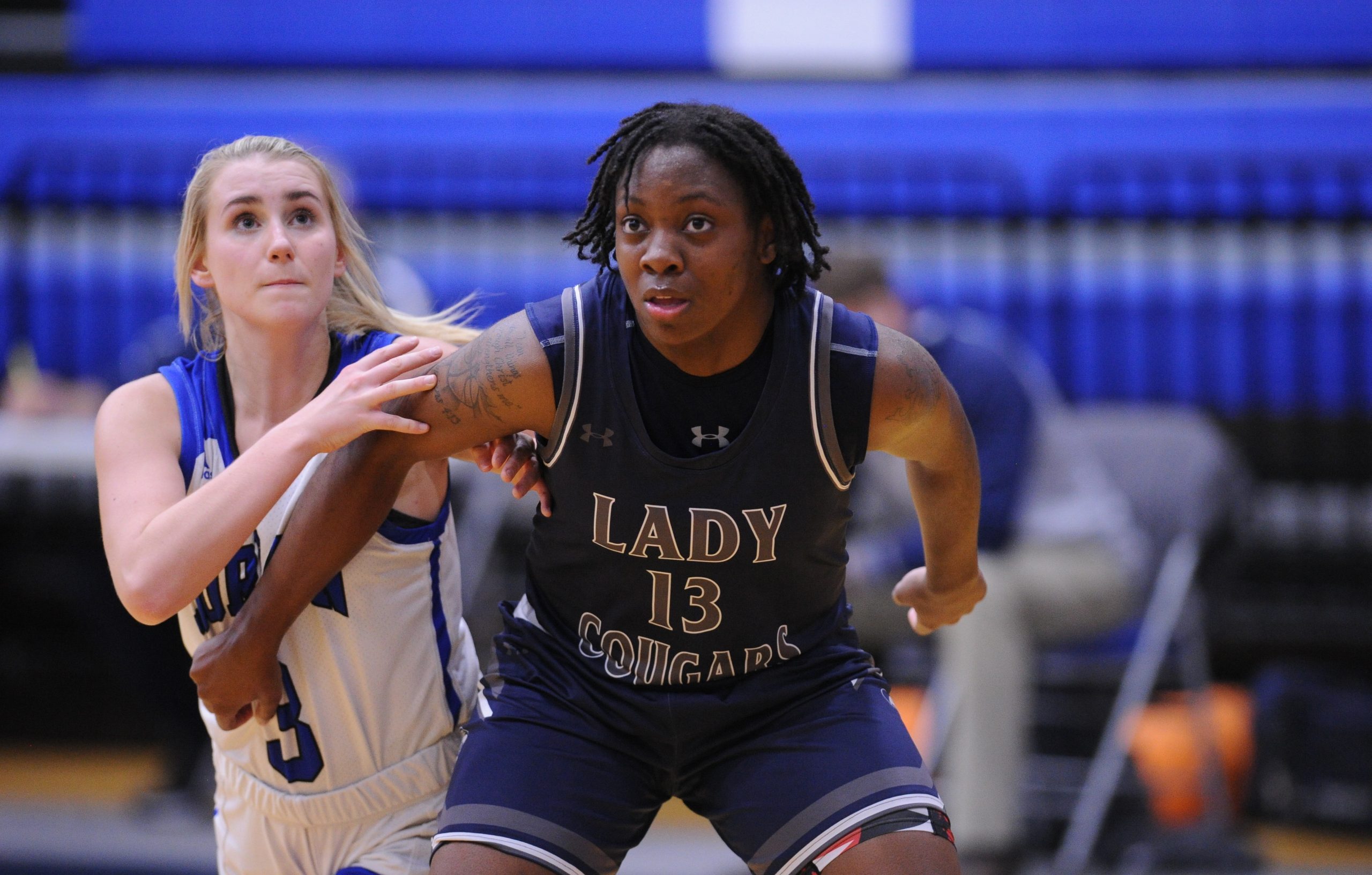 Clay-Chalkville wing Tamyia Muse blocks out during a game at Mortimer Jordan on Jan. 29, 2021. Photo by Vickie Unlap fodaction.com)

KIMBERLY — The Clay-Chalkville girls came up a little short on Friday night.

On the road in their Class 6A, Area 12 finale, the Cougars started slow offensively and went on to fall 49-37 to No. 8 Mortimer Jordan. The Blue Devils secure the regular season area crown with a 6-0 sweep of Clay-Chalkville, Pinson Valley and Gardendale.

The Cougars will enter the upcoming league tournament as a 2-seed behind 1-seed Mortimer Jordan. Opening round play will begin on Tuesday, Feb. 9.

On Friday night, Clay-Chalkville got off to a sleepy start that sent them to the second quarter down 10-5. The visitors later went into the final frame down 40-21, as the Blue Devils dribbled the clock empty.

Mortimer Jordan point guard Jaylen Pleasant commanded the winning effort with a game-high 21 points. She sparked a 15-4 second-quarter run that ultimately gave her girls a cushion from that point on. 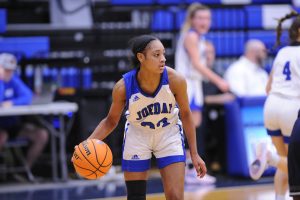 Pleasant started the surge with a steal and layup that put the Blue Devils on top 12-9 with 4:15 remaining in the second. Sarah Kanaday followed with two inside scores sandwiched between a Madeline Snow 3-pointer, and Pleasant capped off the half with a crossover, drive and kiss off the window.

For Clay-Chalkville, forward Cheyenne Pearson finished with a double-double that included 14 points and as many rebounds. Tamyia Muse added eight points for the Cougars.

In other local basketball action: