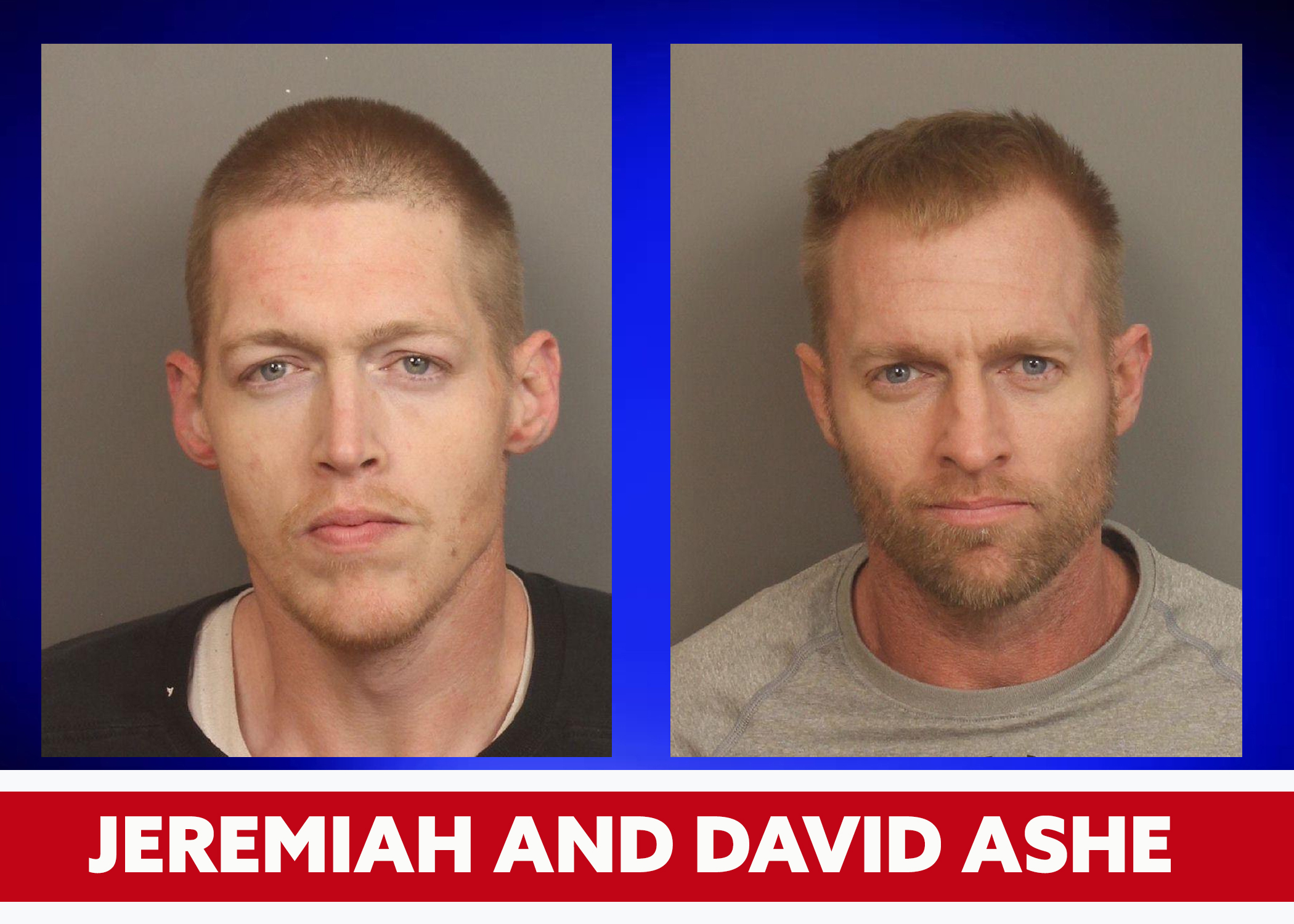 TRUSSVILLE — The Trussville Police Department arrested two people on drug charges after an officer on patrol spotted a switched tag.

The incident happened on Monday, Jan. 25, 2021, around 4:30 p.m. The officer confirmed the switched tag before making a traffic stop on South Chalkville Road, near the intersection of Main Street.

According to a police report, after speaking with two men in the vehicle, officers found suspected GHB, suboxone strips, and heroin, along with hypodermic needles, spoons with drug residue, a digital scale and a debit card that did not belong to either man in the vehicle.

Jeremiah Joseph Ashe, 36, and David Nathan Ashe, 40, were charged with unlawful possession of a controlled substance and possession of drug paraphernalia. They were booked into jail on $16,000 in bonds each and were later released.

Both subjects are considered innocent until proven guilty.