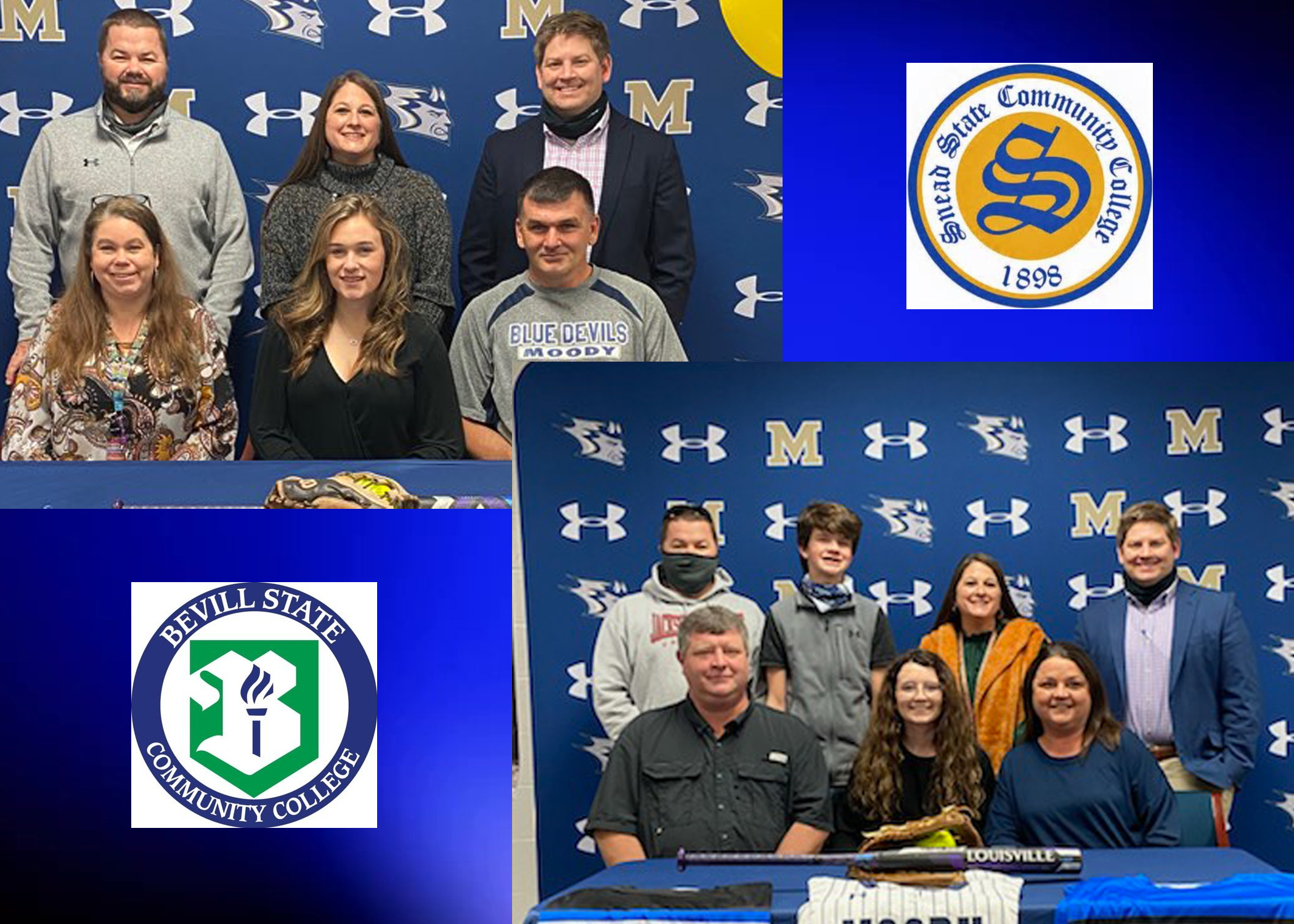 MOODY — Two Moody High School Blue Devils have received softball scholarships for their abilities on the field and in the classroom.

Carmen Terry, daughter of Irven and Jennifer Terry, was offered a scholarship at Snead State Community College. Terry holds the single-season record for doubles with 16 in 2019, her sophomore year. In her 117 games, she has an RBI of 49 and her 2020 batting average was .414.

Coach Becky Seymour said she is proud of Terry.

“She is truly a coaches player,” said Seymour. “She comes to practice every day with a great attitude, ready to work and never complains about anything. She is the definition of what a utility player should be. No matter where I put her, she always gives 100%.”

Another player, Jana Morrow received a scholarship with Bevill State Community College. With a GPA of 4.023, Morrow is a powerhouse and is known for her hard work in the classroom and on the field.

“She knows the value of hard work and knows how to fight for what she wants,” Seymour said. “These traits are going to make Jana extremely successful one day! I am so excited and proud of her achieving her goal to play college softball at Bevill State Community College.”

Seymour added that Morrow is one of the “hardest-working players” in the program and has “one of the best ‘Team First’ attitudes” she has ever seen.