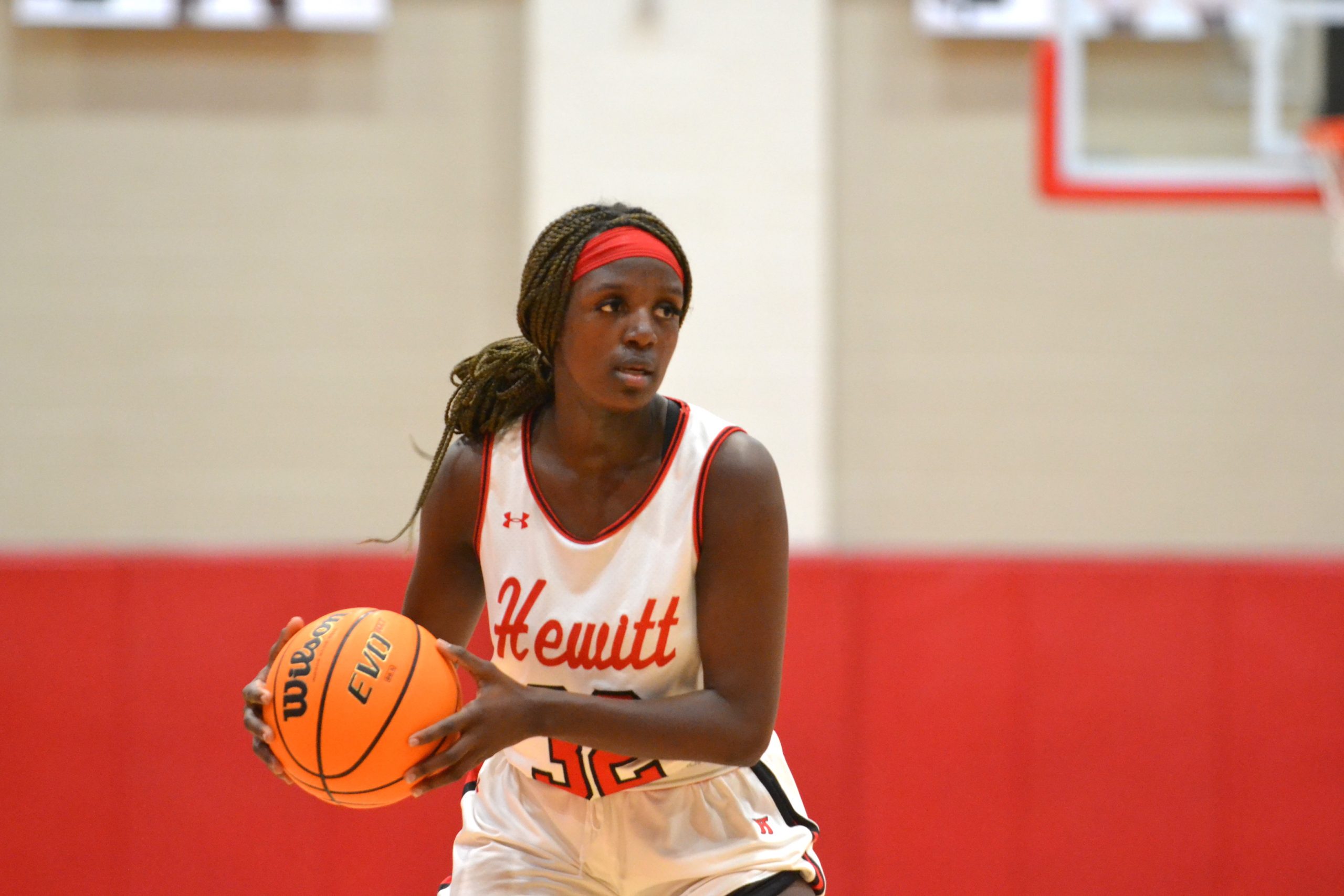 TRUSSVILLE — With their season on the line, the No. 3-ranked Hewitt-Trussville girls basketball team delivered on Tuesday night in Bryant Bank Arena.

Senior Amiya Payne rattled home the game-winner with seven seconds remaining to finish with 21 points and her Huskies (26-3) beat No. 5 Spain Park 44-42 in the Class 7A, Area 6 tournament semifinals.

Trailing 42-41 in the final seconds, Payne rebounded an Avery Masdon free-throw miss, dribbled to the other end and put up a runner in the lane that decided to drop after a brief stay on the rim.

The timely shot fell with seven seconds remaining, leaving the Jaguars with one more look, and it was a good one. Masdon quickly pushed the ball up the floor and found Haley Russell in the paint as the clock ran low. Russell was fouled and went to the charity stripe down 1 with 0:02.8 remaining.

The sophomore forward missed both attempts and Hewitt-Trussville’s Dyona Jones sealed the win with a rebound and free throw that set the final count at 44-42. Up next for head coach Tonya Hunter’s team will be a shot at No. 2 Vestavia Hills, who bumped 4-seed Gadsden City 67-33, next Monday in the area championship game.

Win or lose, the Huskies will advance into the Class 7A playoffs next week.

Thanks to an early 10-2 run, Hewitt led for most of the first half and went to the locker room up 25-20. However, it was Spain Park that brought the energy early in the third, stepping back in front 28-25 thanks to an 8-0 run, which was sparked by consecutive 3-point makes from Camille Chase and Masdon.

The game went back and forth from that point with neither team able to pull away until Payne delivered in the end.

It was the visiting Jags that held a 40-34 advantage with 2:50 remaining, but Payne muscled her way to a comeback, dropping five free throws and two field goals down the stretch. She finished with 21 points to go with 11 from sophomore Audreonia Benson.

For Spain Park, Chase led the way with 12 points. Haley Russell chipped in with eight points for the visitors.