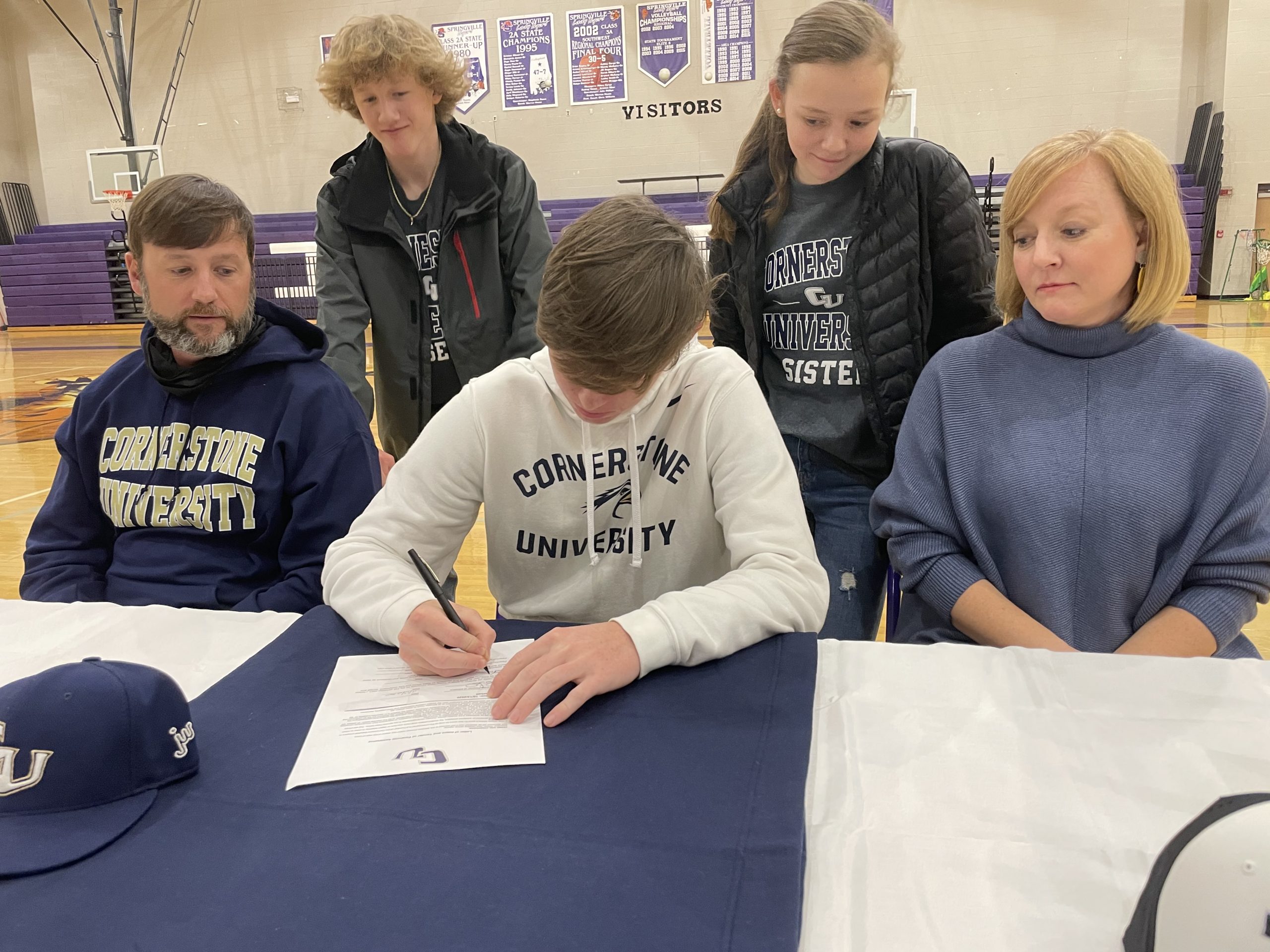 Those signees include two members of the Tigers baseball team and a senior on the SHS football team. Several family members and many friends were on hand to celebrate the decisions made by wide receiver Gage Frederick, shortstop Trey Windle and catcher Parker Wells.

All three are members of the Springville graduating class of 2021.

Head baseball coach Jonathan Ford took time to recognize his two signees, both of which played on the Tigers’ 2019 Class 5A state championship team. Wells, a Bevill State Community College signee, is expected to serve as a catcher and leadoff hitter for Ford this season. 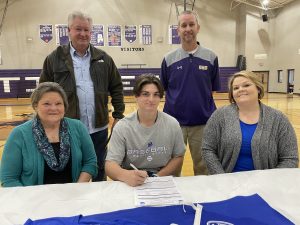 “He’s our vocal leader,” said Ford of Wells. “He’s the guy that’s going to keep everybody in the game and making sure guys are dong things the right way, and he’s just so solid behind the plate — he could call the game by himself if he needed to.”

“He’s also a leader, but in a totally different way,” said Ford of Windle. “For him, it’s all about leading by example. He’s very smart, understands the game and he’s just so dependable.” 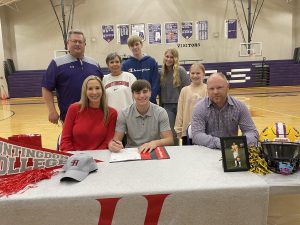 “He’s a great route runner, he’s great catching the ball and he’s great after the catch so I think Huntington gets a steal here because of COVID,” said Graben.

The senior wideout pulled down 50 receptions for 700 yards and eight touchdowns last season for Springville.

Senior quarterback Pearson Baldwin has committed to Birmingham Southern College, but did not sign on Thursday as he wraps up his senior basketball season.