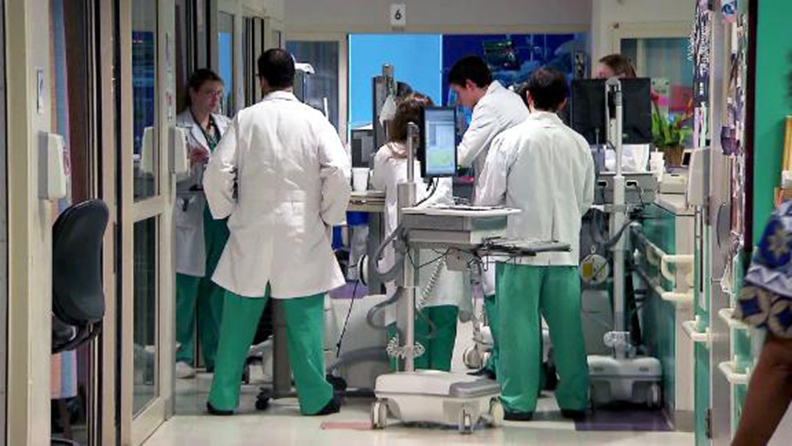 MONTGOMERY, Ala. (AP) — The number of people in Alabama hospitals with COVID-19 dipped Thursday to around 1,000, the lowest since late autumn.

The decline in hospitalizations, daily new cases and the percent of tests coming back positive — three major barometers of the pandemic’s severity — is an encouraging sign that the state has emerged from the record-setting winter surge, said Dr. Don Williamson, the president of the Alabama Hospital Association. An unknown, however, is if the state will see another spike from the spread of variants.

COVID-19 hospitalizations have declined from more than 3,000 on Jan. 11 to 1,003 on Thursday, the lowest level since early November.

“These are the best numbers we’ve seen certainly since November,” “We are headed in the right direction if we don’t do anything to mess it up,” Williamson said.

Williamson attributed the drop in hospitalizations to both a drop in cases and treatment with monoclonal antibodies to lessen the severity of illness.

Other states have also seen a drop in cases. Alabama ranked 22nd among U.S. states in the number of new cases per capita in the past 14 days.

The seven-day rolling average of daily new cases in Alabama fell from 2,281 on Feb. 3 to 1,014 on Feb. 17, according to The COVID Tracking Project.

Williamson said an unknown is if the state will see another spike from virus variants. At least eight cases of a highly transmissible variant that was first identified in the United Kingdom has been found in the state, according to the Alabama Department of Public Health.

The department said many infectious disease experts have indicated that the current vaccines should be effective against the strain, and that the variant has not been definitively linked to worse outcomes.

Alabama has so far distributed about 685,000 of the 1 million vaccine doses it has received.